Lade - This weekend has been dominated by the weather. Saturday morning witnessed that curious phenomenon of sea mist and wind enveloping the Dungeness peninsula as a warm front pushed in from the Atlantic, nudging aside the colder high pressure system that has recently dominated. As a result a triple whammy of fog, drizzle and wind made for a less that exciting circuit of the local patch; infact barely a passerine was found while most of the wildfowl were sheltering in the willow swamp. The grebes were undeterred however, with several pairs of Great Crested courting out on the open lake amongst the waves and Dabchicks trilling away from the margins. By the time we hit the beach the wind was so strong that Barney got shot-blasted by a low level sand storm, so we headed for home.
During the afternoon a half-hearted attempt at doing the gravel pits quickly foundered due to the weather, but the Black-headed Gull colony is now building up in number with over 100 birds present, and at least one Med Gull calling. 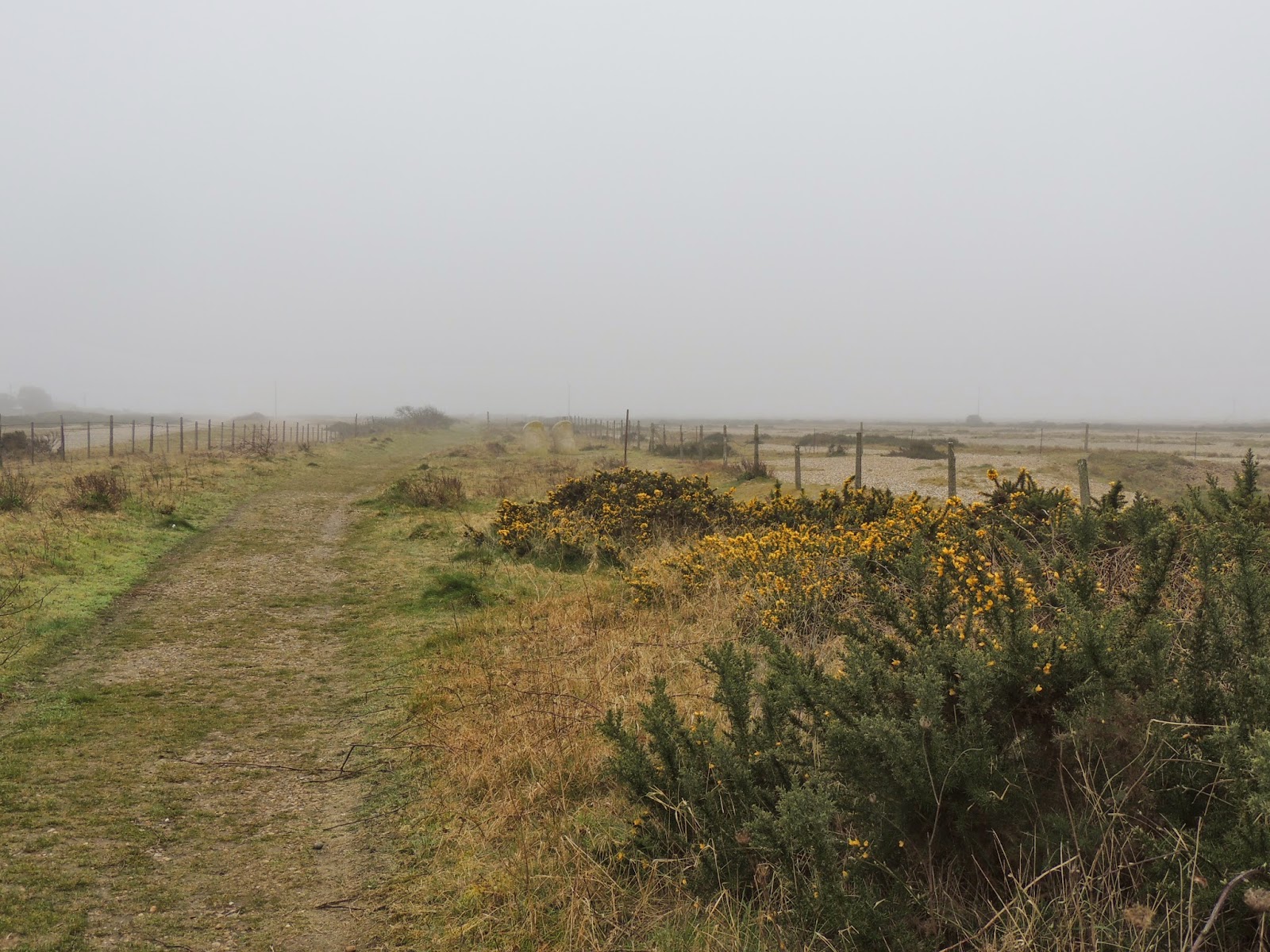 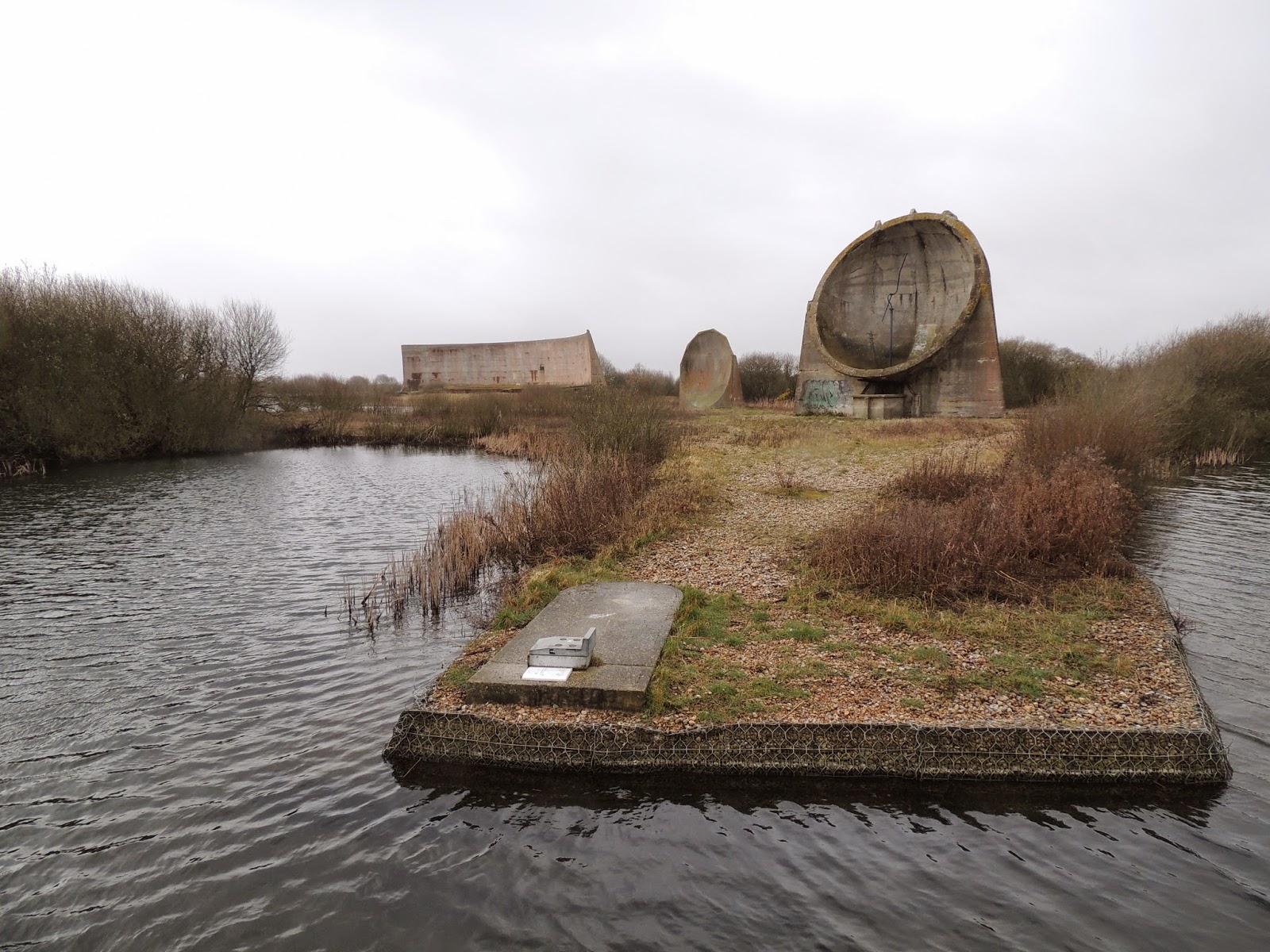 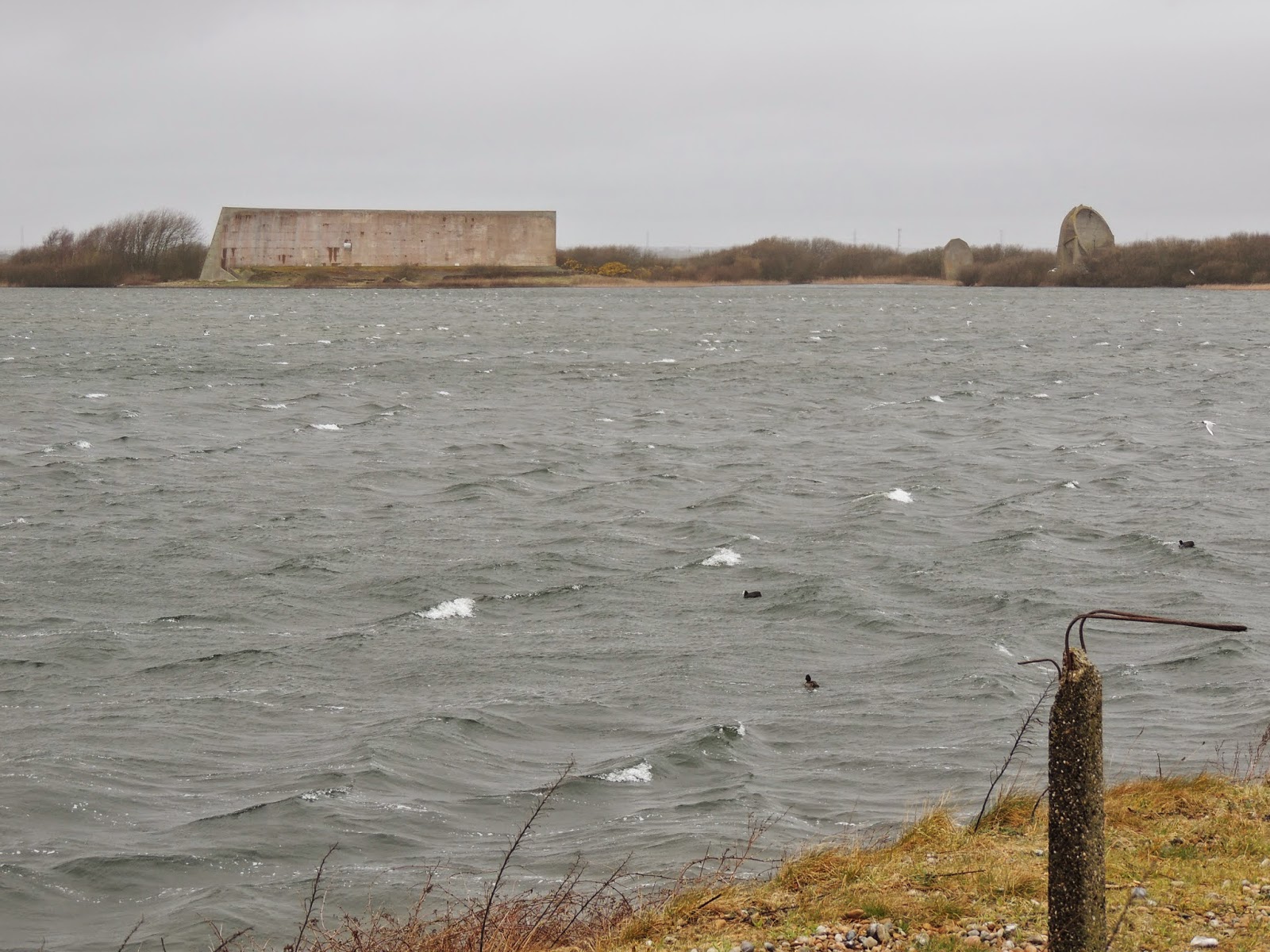 Sunday wasn't much better weather wise with a strong south-westerly picking up to near gale force by early afternoon. We walked the pits this morning staying mainly in the lee of the wind around the willow swamp where two each of Chiffchaff, Cetti`s Warbler and Reed Bunting were noted. Raptors have to eat, despite two days of blasting winds, and both Marsh Harrier and Buzzard were on the wing hunting low over the airport fields in between the showers. 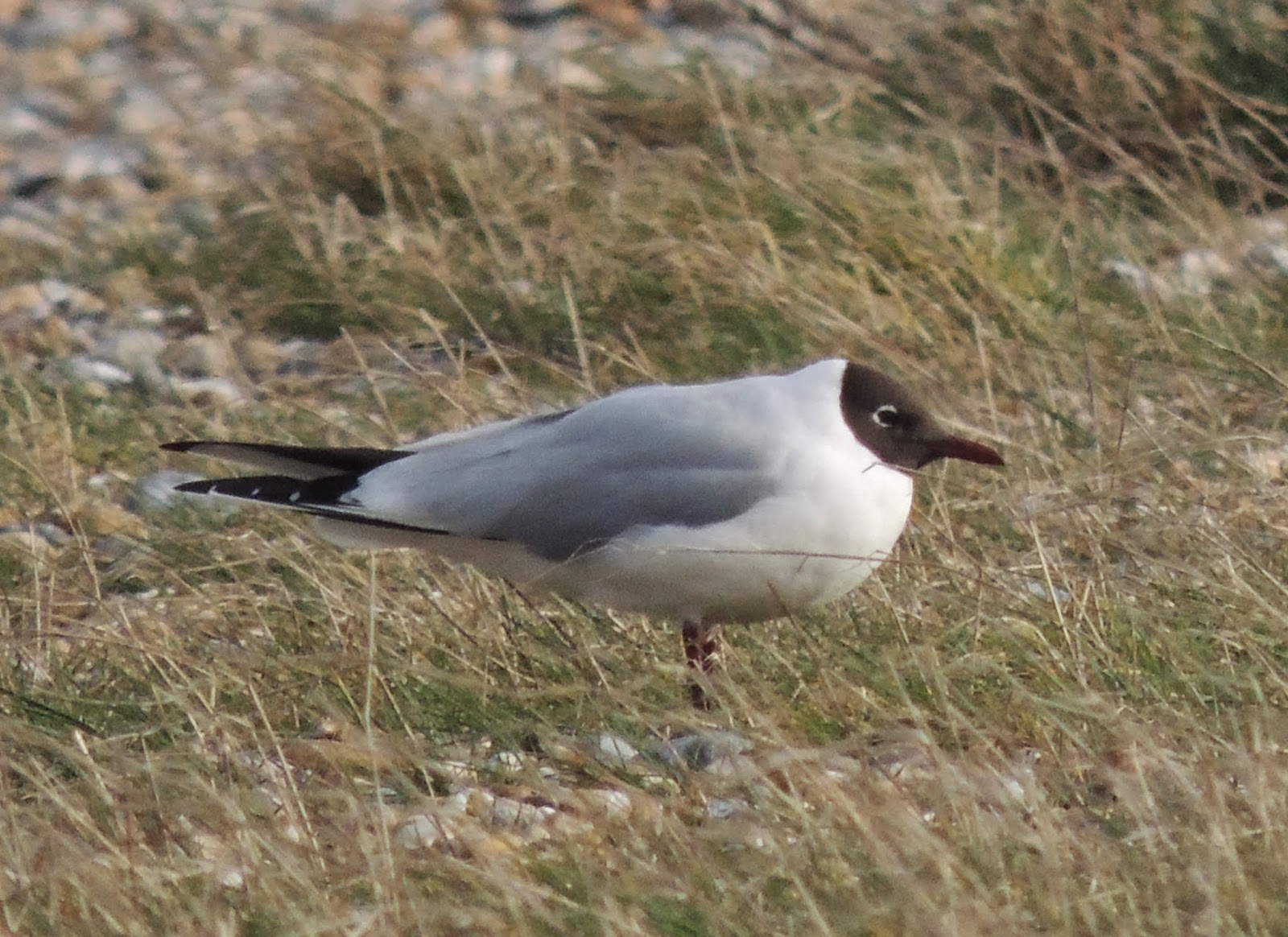 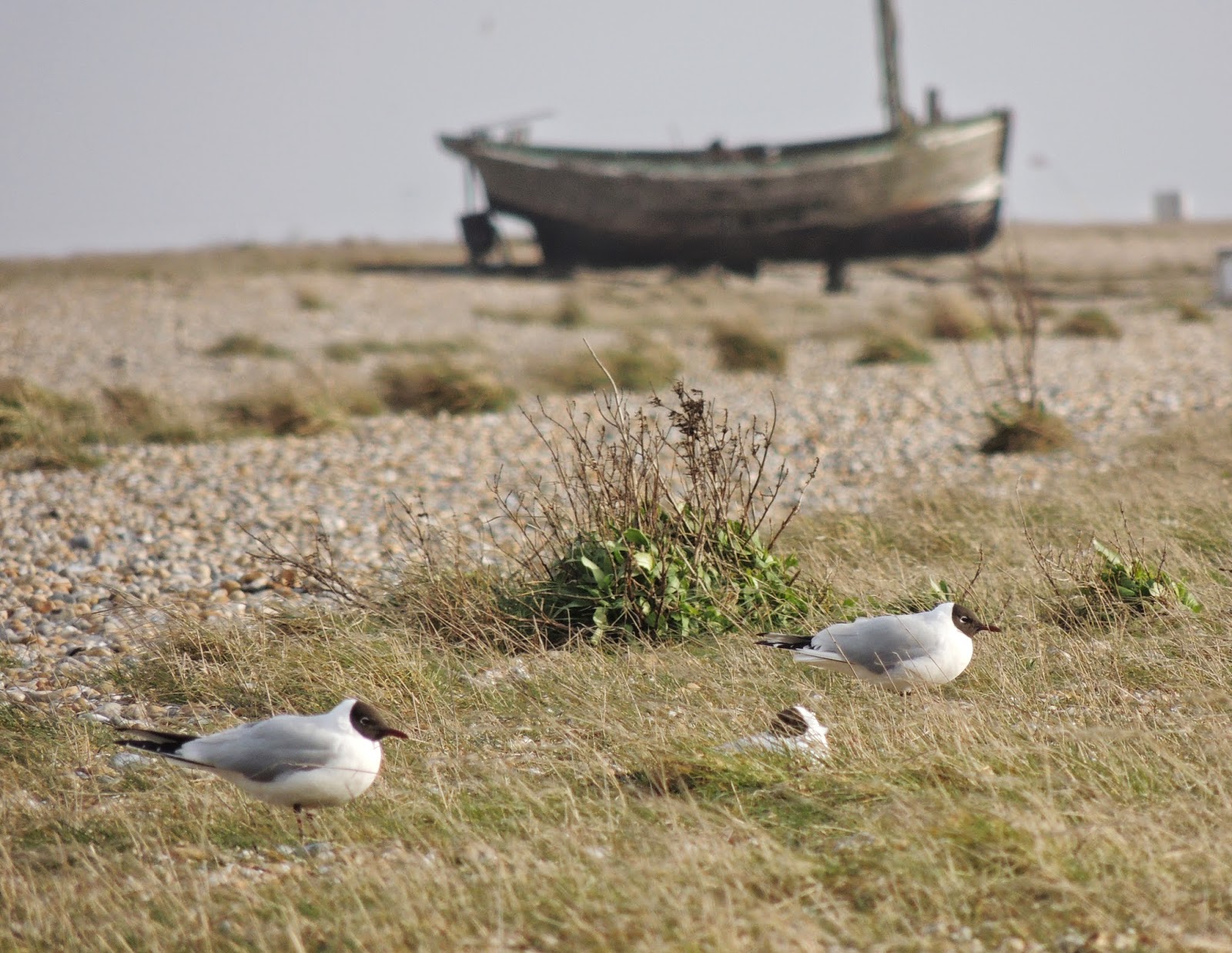 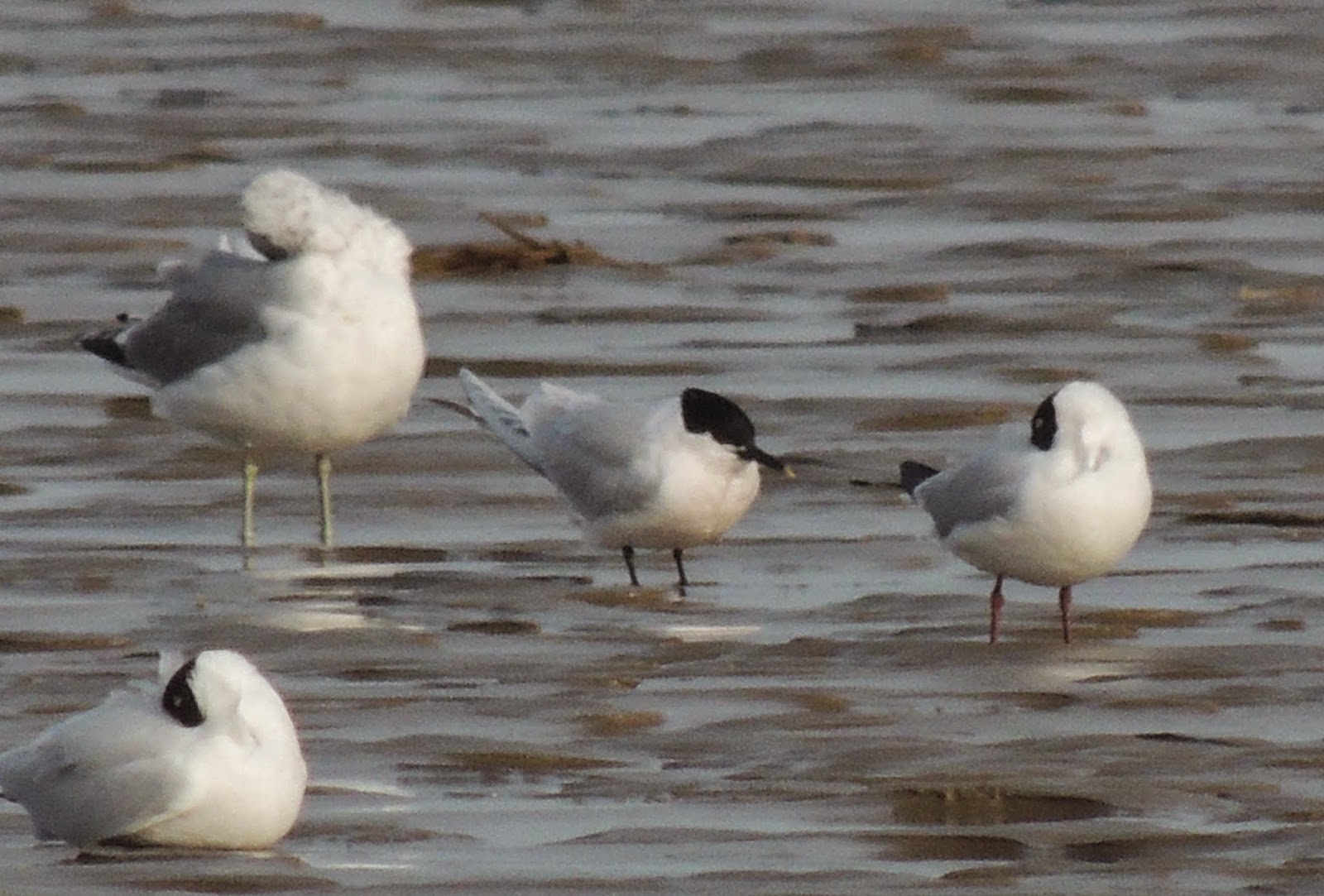 Sandwich Tern, 1st of the year at Lade

By late afternoon the wind slackened off and the sun came out so we headed down the beach for a wander along the tideline. A mixed flock of gulls on the sands comprised mainly Black-headed, plus a 2nd winter Med Gull, and our first two local patch Sandwich Terns of the year. As the tide flooded in hundreds of Sanderlings, Dunlins, Curlews and Oystercatchers swept past heading to roost along with lesser numbers of Barwit and Grey Plover making for a fine end to a quiet weekend.