Dungeness - cold, overcast, e 2 - 0745hrs -  For a change of scene we headed down to the point for a seawatch only to be confronted by the long-faces of TG and PB walking away from the hide (always a bad sign) and indeed it was with nothing on the move. So we wandered down to the Patch where it was also pretty quiet. Around the point several Black Redstarts and Mipits were about the only migrants on offer, while a pair of Kestrels provided some entertainment around the old lighthouse. 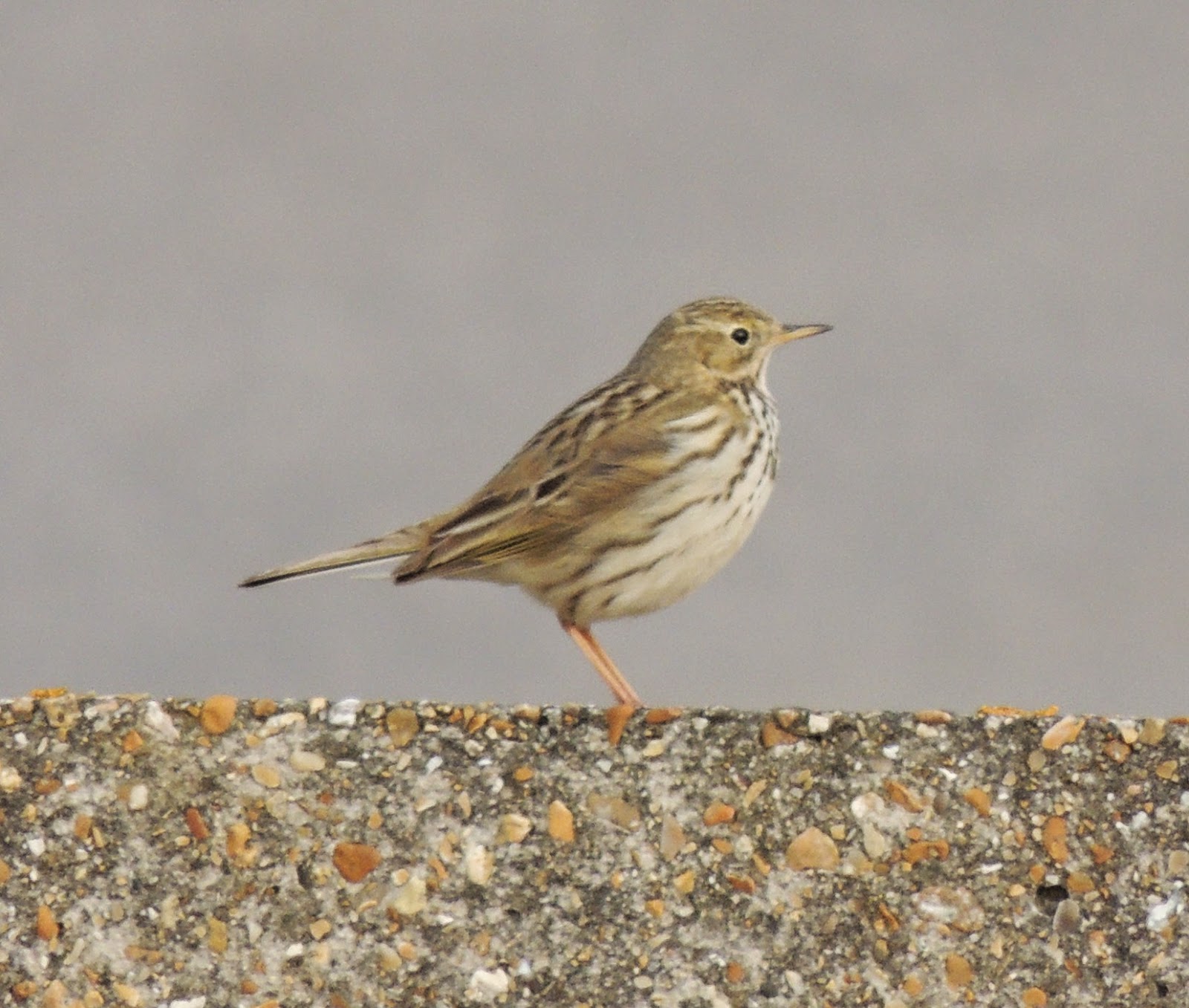 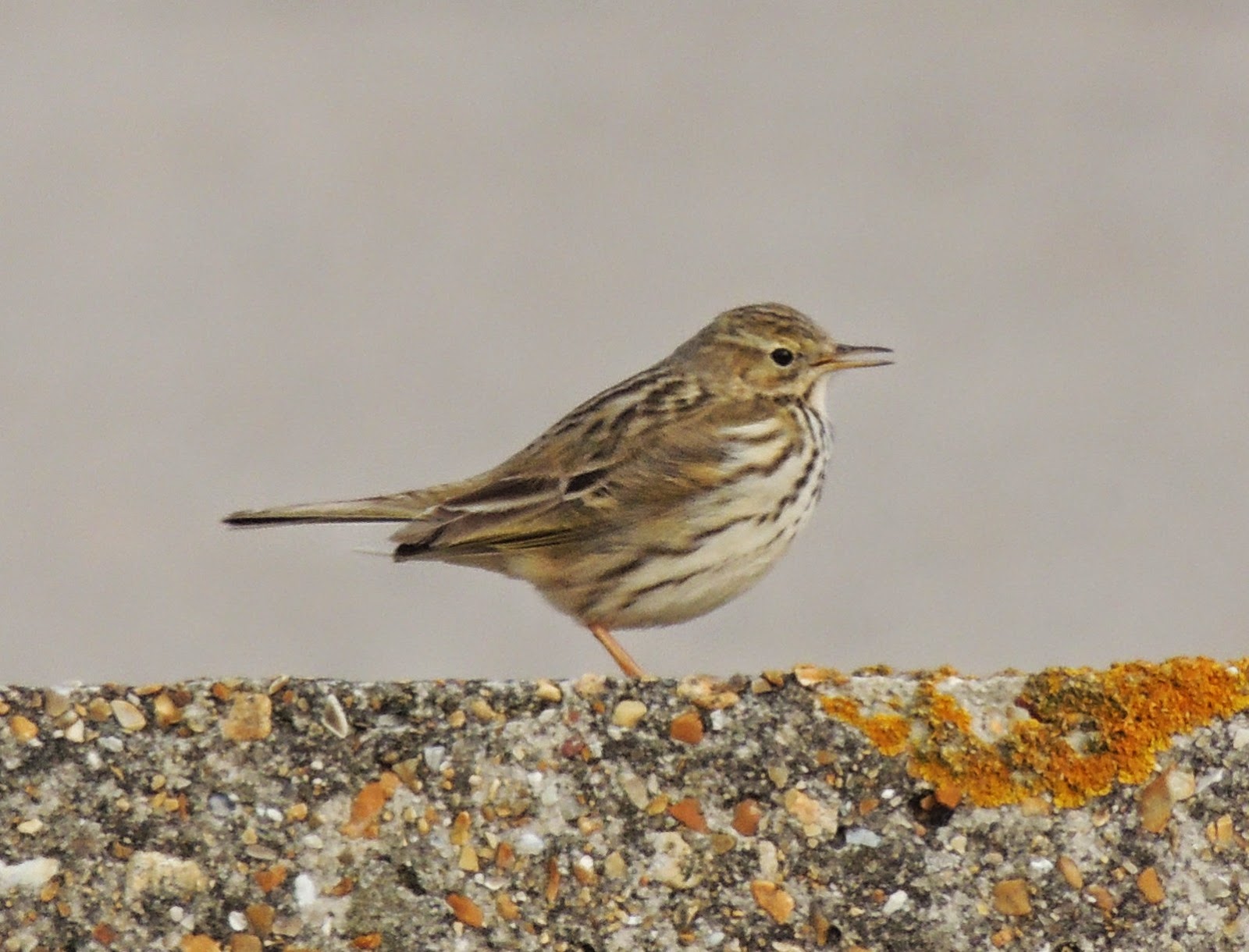 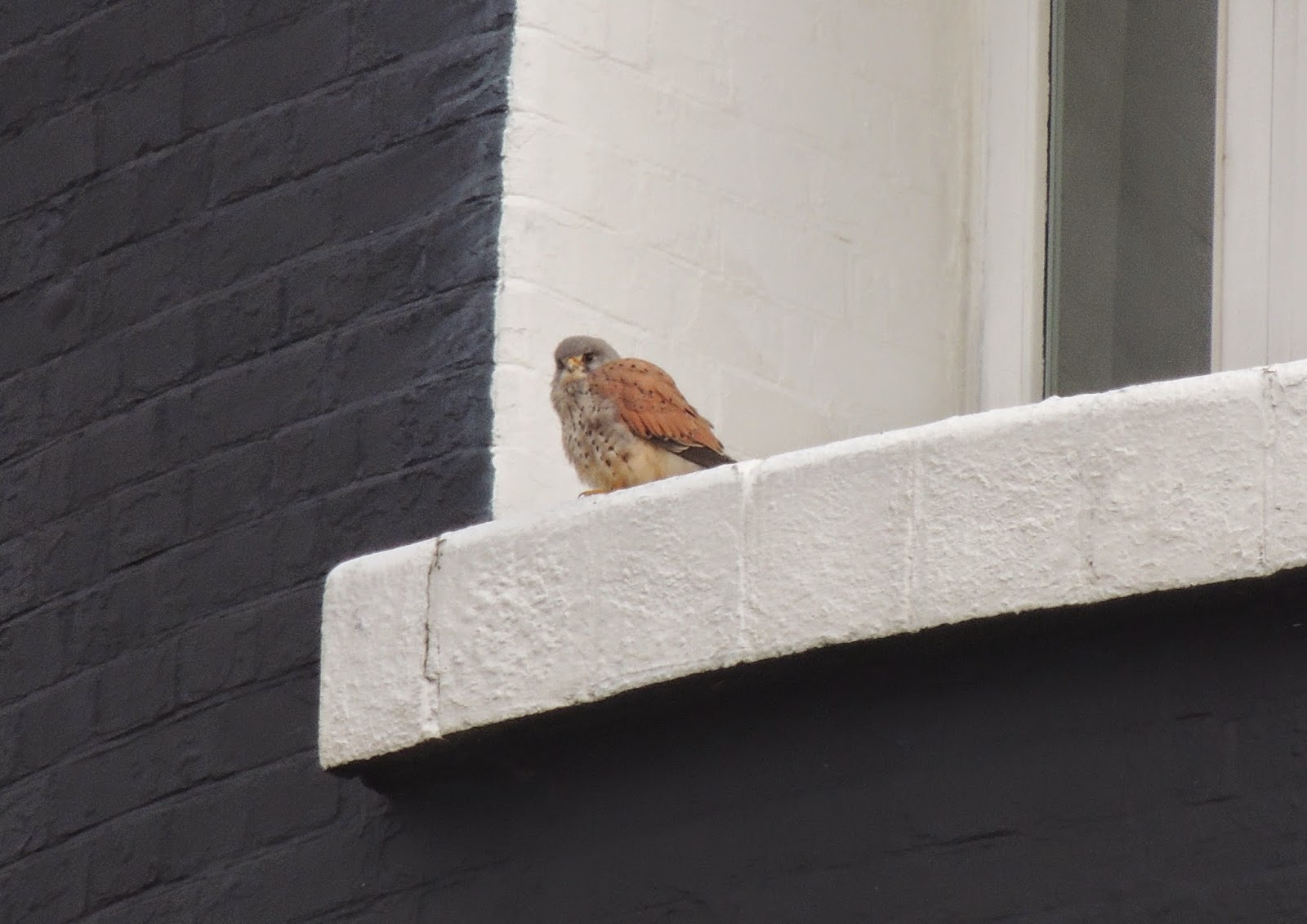 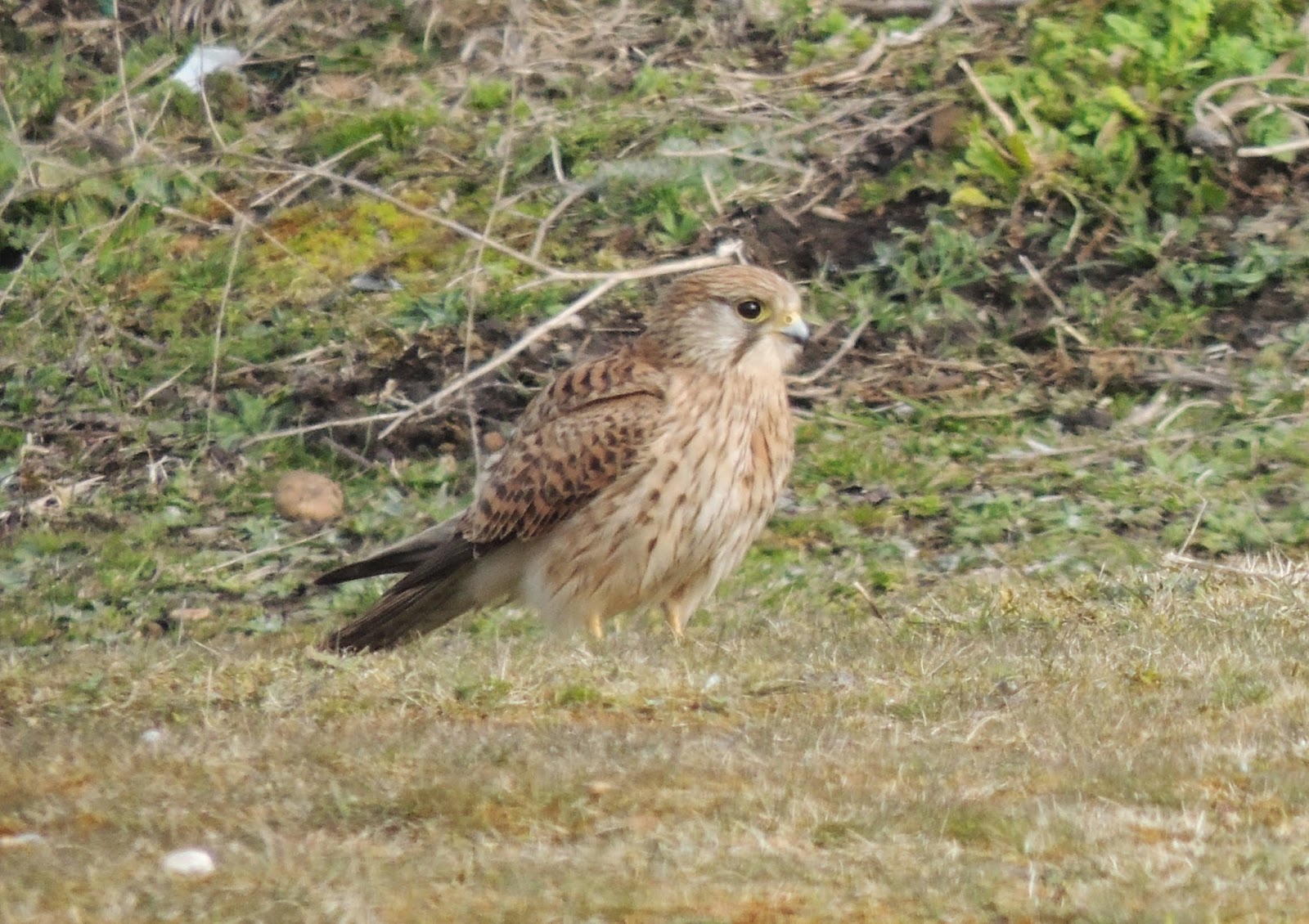 Lade - Nothing much doing here either apart from a seething mass of carp spawning in the shallows around the willow swamp.

Britain`s National Bird - Apparently, according to the national media (Radio 4 Today programme) and much promoted by the `Urban Birder`, Britain needs a `National Bird`; sounds to me like another one of those bloody awful imports from the USA like Grey Squirrels, Canada Geese and Dunkin Doughnuts - America has the Bald Eagle as its bird logo, which always strikes me as slightly ironic as they almost hunted the poor thing to extinction.
Anyhow, I gave this conundrum some thought (about two minutes) whilst doing my ablutions this morning, instantly dismissing `our` two home-grown endemic races: Red Grouse and Scottish Crossbill as too indeterminate (I can`t even convince myself the latter actually exists) and, well, too Scottish. Then the radio informed me that a poll to elect the nation`s favourite bird was already underway and the great British public were voting in their thousands.
How had this great event passed me by? I thought I had my pulse on the birding zeitgeist of the nation, but obviously not. As I was flossing the old molars the radio presenter said that the list was narrowed down to ten species; instantly I thought of classic seabirds such as Manxie, Gannet or Stormy Petrel, all of which had to be on the list. With the majority of the worlds population of each breeding around our coastline and oceanic islands, what more could Britannia wish for than something like the mighty Solan Goose to represent our great maritime nation? It`s as British as curry, real ale and Morris dancing.
So I logged on, full of patriotic fervour to view the list and cast my vote: Barn Owl (too nocturnal), Blackbird (too common), Blue Tit (could you imagine it...), Hen Harrier (too persecuted, but how on earth did it get in the top ten anyway?), Kingfisher (too flashy), Mute Swan (that must be a joke, its not even a `real` bird...), Puffin (fair enough, it is a seabird, but its only with us for four months of the year), Red Kite (too plastic and Welsh), Robin (too associated with ******mas) and Wren (too small).
And guess what the front runner is? Robin sodding redbreast that's what.
Argh! come on Britain we can surely do better than that.
So go on line, shun the Tame Ten and vote for Gannet. You know it makes sense. 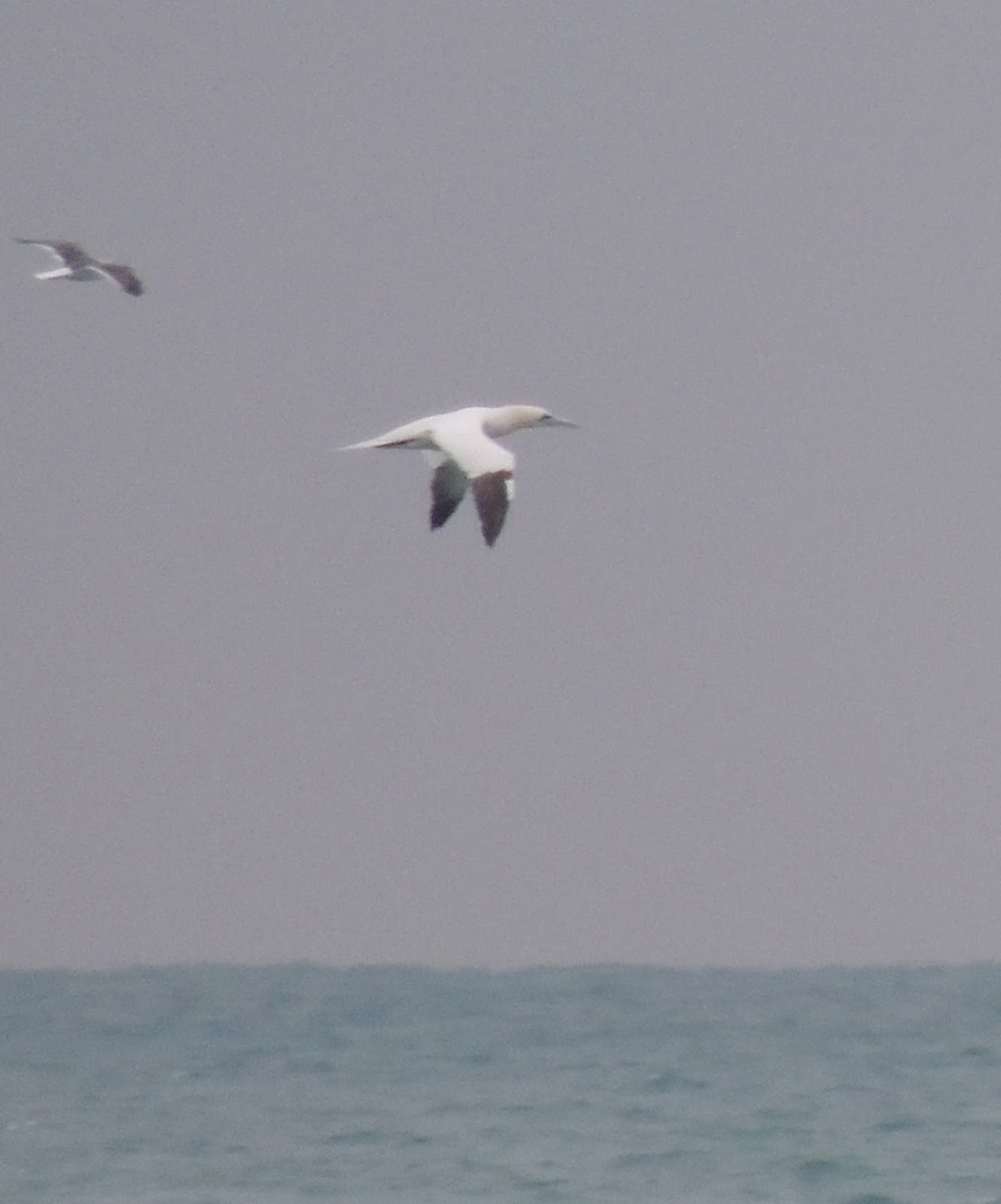