Lade - cold, cloudy NE 2 - Following a miserable wet Thursday (27mm recorded at Littlestone by OL) today was at least dry with lighter winds, if still grey and overcast. However, this allowed a full circuit of the local patch and a thorough search of all the nooks and crannies for anything remotely new blown onto the lakes. Wildfowl were again few in number with three Goldeneyes on south and another two on north lake the only ducks of note (and still no Smew so far this winter), plus a large flock of around 1,000 roosting gulls that comprised mainly Common Gulls. A Goldcrest and Chiffchaff flitted through cover by the ponds and at least three Marsh Harriers worked the main reed bed by the wall `mirror`. 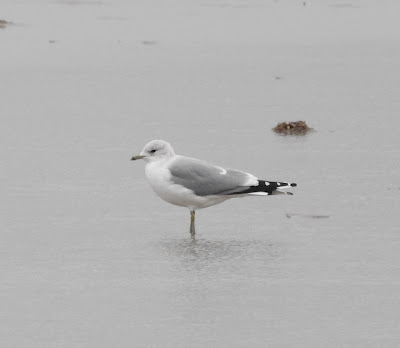 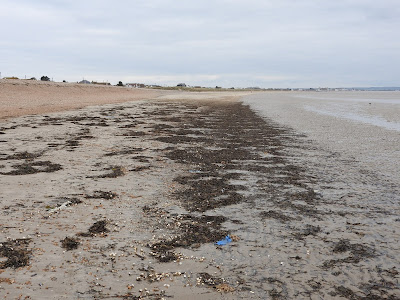 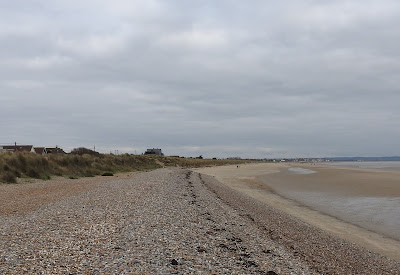 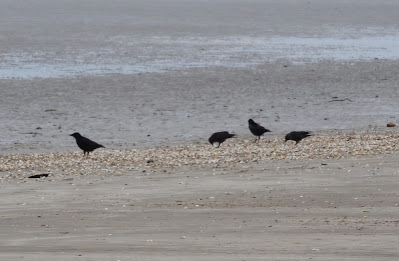 Many more Common Gulls were loafing on the beach along with distant Black-backs, Curlews and Oystercatchers. Scores of crows picked through the thousands of washed up cockles along the strandline, along with four Ringed Plovers amongst a large patch of moored seaweed peppered with plastic refuse, and an usual sight on this sandy foreshore. Looking along the sand dunes from the Tavern viewpoint I was amazed by the extension of a finger of shingle which now covers about 200 yards in front of the dunes. Three years ago you could walk down onto the bay over sand without touching a pebble; such is the relentless march of the longshore drift process.