Lade - cold and frosty, nw 2 - The coldest night of the winter so far as sub-zero temperatures delivered a spectacular hoar frost to the shingle vegetation hereabouts, fusing the pebbles together and making for slippery walking conditions on our daily circuit of the local patch. Visibility came and went  during the morning until a thick bank of freezing fog eventually rolled in from the hinterland obscuring the sun for the remainder of the day. 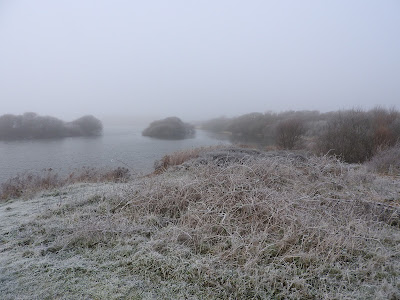 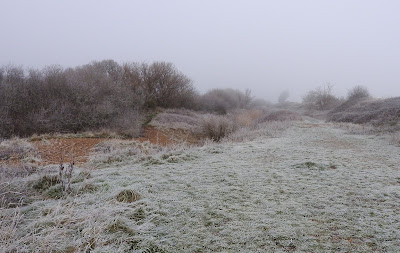 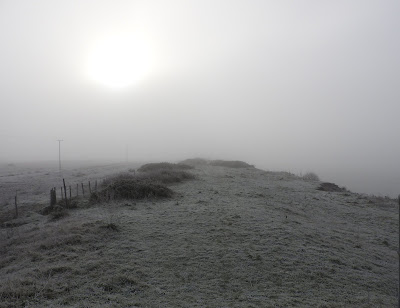 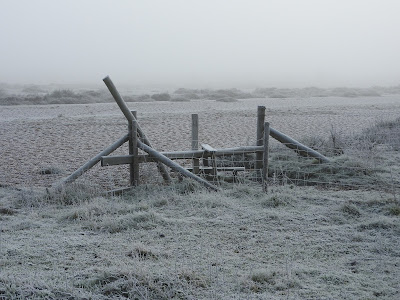 Jack Frost touched everything this morning

Wildfowl continue to be low in number, along with the two species of grebes and Coot, while a maximum of five Goldeneyes were present across both waters. Buzzard, Sparrowhawk, Marsh Harrier, Grey Heron, Water Rail, Green and Great Spotted Woodpeckers, Long-tailed Tit, Chiffchaff, Cetti`s Warbler and Reed Bunting were all noted across the weekend. Yesterday I went even further taking in the farmland north of Lade and out across the fields towards Romney Salts recording Golden Plover (50), Lapwing (100), Common Gull (120), Stock Dove (20), Curlew (40), Linnet (50), single figures of Pheasant, Skylark, Stonechat, Redwing, Song Thrush and Corn Bunting, plus several Buzzards and Kestrels. 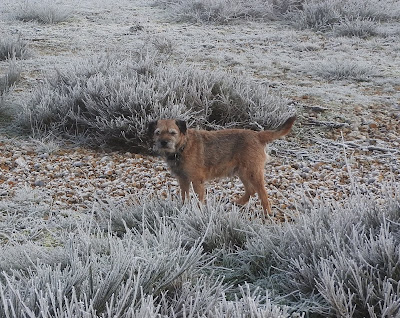 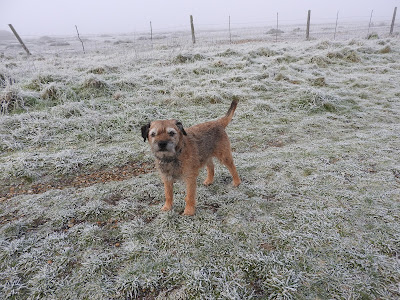 Border Terriers are perfectly at home in the cold!

On Friday morning, just before the Dungeness Estate was shut to visitors, a walk around Long Pits and the Trapping Area produced a Jack Snipe by the wigwams, Firecrest, Great Spotted Woodpecker and Long-tailed Tits in the bushes, plus a Buzzard on the Desert being mobbed by three crows. At least 800 Cormorants flew over heading to roost on Burrowes. As already stated, please note that the Estate is now closed to visitors until further notice for obvious reasons.