Lade - warm, cloudy, showery, SW 2 - A mixed weekend of weather with sunshine and showers throughout but muggy with light winds off the Atlantic; decent mothing conditions then that last night delivered four species of hawk-moths and a Toadflax Brocade as the highlights in the garden trap. We`ve spent a fair bit of time checking out the local patch for Cuckoos these past few days without success and I`m pretty confident that they have moved back south, making 30th June the last date an adult was present; the first bird was noted here on 20th April, so that makes a total of just 72 days, or 12 weeks, that the `African` Cuckoos` graced us with their presence. 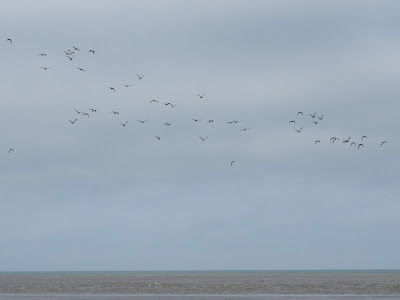 Yesterday morning four Redshanks and a Green Sandpiper were noted flying across south lake, while in the afternoon on a rising tide 178 Curlews flew to roost off the bay. This evening several Sandwich Terns and four Grey Seals fished on the high tide.