Wessex  -Just back from a few days away visiting family at various points to the west; at Littlehampton in a roaring gale where I saw very little, and a snowy Winchester where I finally caught up with small flocks of Redwings and Fieldfares. However, inbetween I did manage to squeeze in a full day at Pagham Harbour where I spent most of the time exploring the relatively new and adjacent Medmerry RSPB reserve. Its a two mile hike from the main car park and visitor centre through low-lying farmland and fields with plenty of rough ground and hedgerows along the route; although as is the way these days passerines were in short supply with only a handful of Skylarks, Meadow Pipits, Stonechats, Goldfinches. Corn Buntings and Yellowhammers noted (and not a single winter thrush), plus several Kestrels and Common Buzzards, while a group of four and a two of Roe Deer was nice to see. A field of winter wheat by Ham Farm attracted 100 each of Brent Geese and Lapwing. 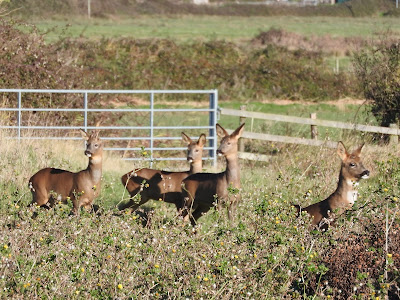 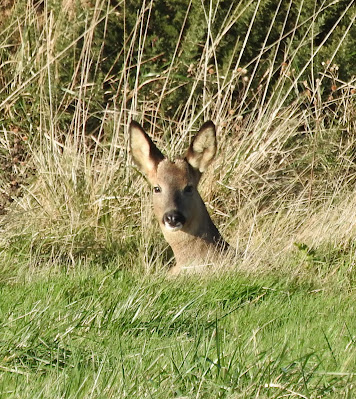 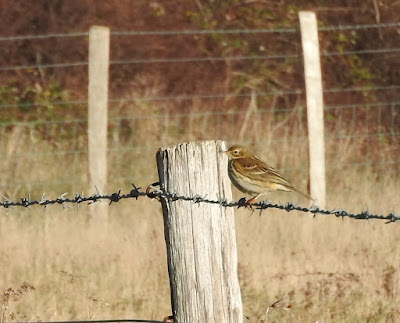 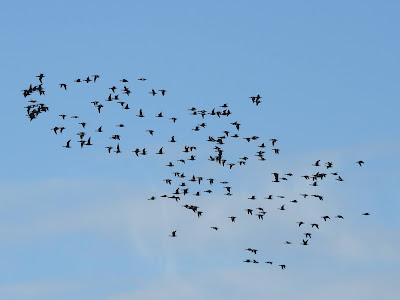 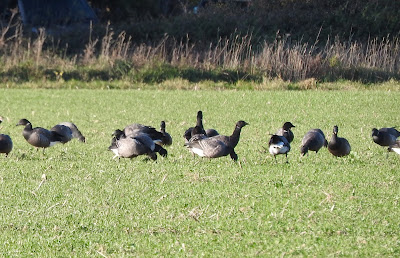 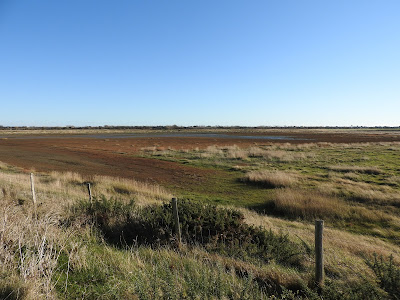 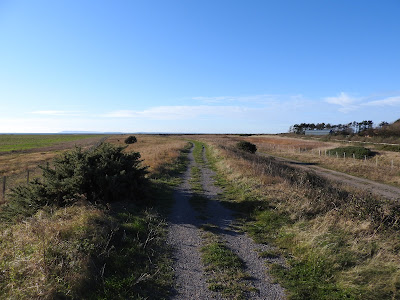 The main body of the reserve is south of a series of stout clay banks with viewpoints that overlook a huge tidal bay and salt marsh with lagoons and islands formed by what is the largest flood risk management scheme of its kind in the country; the sea wall was breached as a release valve to prevent the threat of flooding to nearby housing at Selsey and Bracklesham, and in turn creating a myriad of wetland habitats for wildlife. Large numbers of waders such as Redshank, Ringed and Grey Plovers, Curlew and Oystercatcher were present, plus at least 1,000 Brent Geese swirling overhead from nearby Pagham Harbour, along with plenty of gulls, Shelducks, Wigeons, Teal, several Little Egrets and a distant Spoonbill. 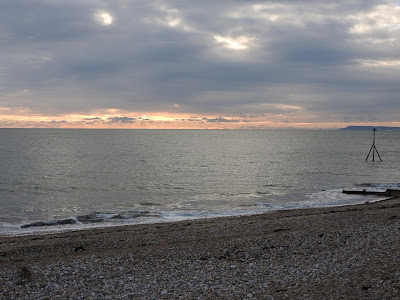 I finished the day with a brief seawatch from Selsey Bill where a few auks and Common Scoters passed by offshore and several tame Turnstones fed along the sea wall.