Lade Bay - At various times this week I`ve walked the strandline from St Mary`s Bay to Dungeness hoping for the likes of an elusive Snow or Lapland Bunting foraging amongst the many corvids, Feral Pigeons, Turnstones, Pied Wagtails and Starlings, plus a few Little Egrets, Meadow Pipits and Skylarks along the way. High tide wildlife on the bay included several Grey Seals, plenty of Great Crested Grebes, Cormorants, Black-headed and Common Gulls and two tardy Sandwich Terns, while further out distant Gannets and auks passed by. 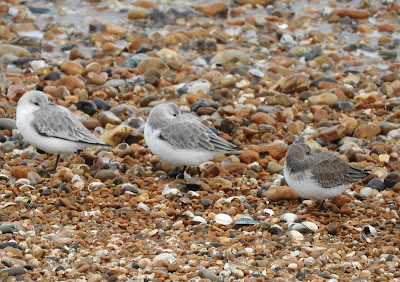 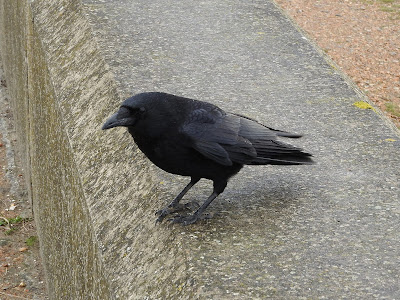 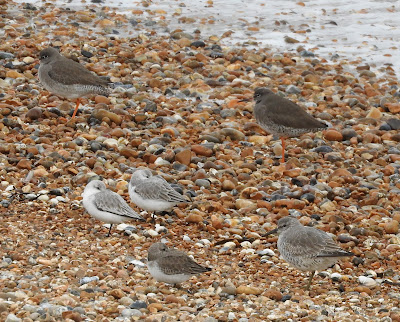 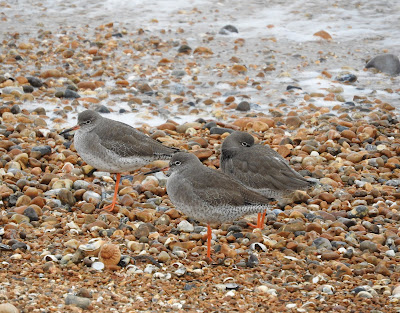 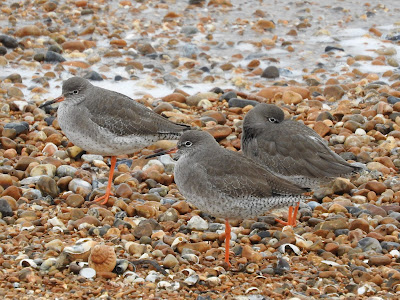 But as always the stars of the show were the waders, 10 species in all (but still no Ringed Plover) including six Black-tailed Godwits, something of a scarcity here on the salt, and a count of 1,250 Oystercatchers, currently by far the most numerous of their tribe on the bay. Something of a magical moment occurred at high tide on Wednesday as I was hunkered down on the shingle checking through a pack of Turnstones working their way across the sea defense blocks at Littlestone outfall. A flurry of wings delivered a small mixed flock of Redshanks, Dunlins, Sanderlings and a Knot no more than ten yards away that quickly settled down to roost. After taking a few piccies I crawled back over the beach so`s not to disturb them from their slumbers, such was the privilege of being cheek-by-jowl with these stunning little shorebirds.