Dengemarsh - mild, dry, sunny, W3 - First off we walked the gully with mixed results. A scattering of Cetti`s Warblers, Goldfinches, Stonechats, Blackbirds and Meadow Pipits was about the best we could muster in this leanest of autumns`. The sheep folds opposite the track down to Springfield Bridge did hold a smart Corn Bunting flock of around 20 birds, plus 20 Pied Wagtails and a few Skylarks and Meadow Pipits, while the dung heap further along the lane attracted more Pied Wags, Mipits and a Grey Wagtail. Also noted across Dengemarsh this morning several Buzzards, Marsh Harriers and Kestrels and flocks of Lapwings and Starlings. 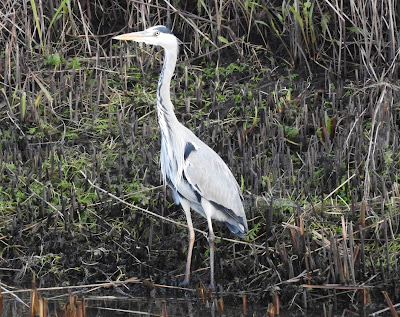 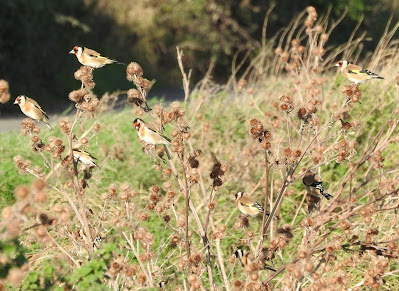 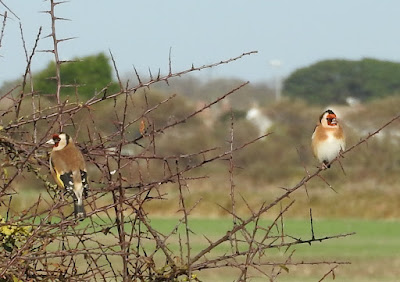 We finished the four day bird tour for Clare and Peter on a respectable 103 species, and while rarities were at a premium the spectacle of Starlings, Golden Plovers and Gannets performing in large numbers was ample compensation and will live long in the memory.