New Romney - cold, dry and cloudy, light airs - Incredibly it has been a month since we decamped from coastal Plovers to hinterland Thurne (which apparently means `thorn bush` in old English). Anyhow, I`ve been flogging the local lanes and footpaths around `the village` on a near daily basis with limited success. The One Mile List now stands at 52 species of birds with most sightings coming from the paddocks, abandoned chicken sheds and old barns on the village periphery, including Great Spotted and Green Woodpeckers, Kestrel, Buzzard, Redwing, Grey Wagtail and Chiffchaff, but still not a sniff of a Greenfinch or Song Thrush so far. 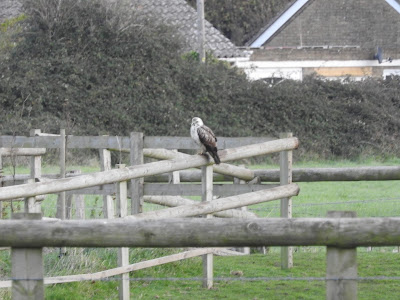 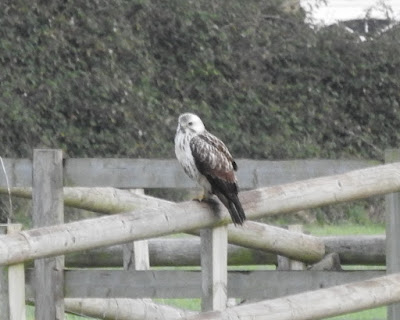 Once out onto the farmland tracts birds are few and far between with small numbers of everything from a scattering of Yellowhammers, Reed and Corn Buntings, Redwings, Skylarks and Med Gulls, plus a Peregrine twice and Cetti`s Warbler once. Tramping around the muddy field margins I couldn`t help but recall the lyrics of Country Life by the folk band Show of Hands: "... silent fields, empty lanes...drifting smoke... the hammer blow of size and scale as agri barons strip this green and pleasant land..." A highly relevant song and a searing indictment of the state of the British countryside today.