Dungeness - mild, dry and sunny, light airs - With the wind and rain from yesterday and the past week easing off the calm weather conditions heralded the promise of a few passerines, and sure enough the quality was discovered via a mist net in the form of that tardy autumn classic, a Pallas`s Warbler; although by the time I arrived it had been released into the Trapping Area. However, a wander around in warm autumn sunshine searching for it did deliver one of two Siberian Chiffchaffs (complete with call, thankfully!), c10 Chiffchaffs, plus several Long-tailed Tits, Robins, Blackbirds, Chaffinches and a Song Thrush in the bushes. Overhead, a trickle of Skylarks, Bramblings, Siskins and Meadow Pipits was noted, but still not a sniff of a Goldcrest or a Fieldfare. 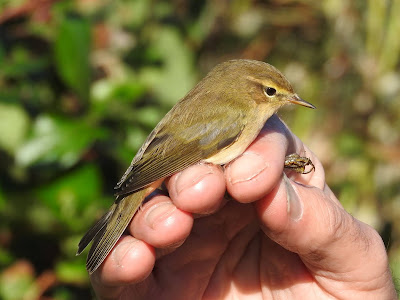 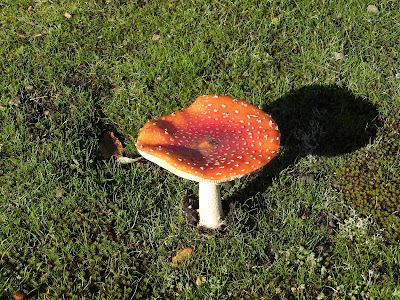 Moving on to Lade where the bushes by the ponds were largely bereft of birds apart from a couple of Chiffchaffs and half a dozen Blackbirds. A Marsh Harrier quartering south lake reed bed flushed a Great White and Little Egret. On the bay from Littlestone on a receding tide, apart from the usual crop of waders the only other bird of note was a Merganser flying along the tideline close to shore.