Rye Harbour - warm, dry and sunny, light airs - En-route to Rye this morning we paused at Scotney and Camber where a typical range of wildfowl and waders was noted at the former site and a redhead Goosander at the latter. Most of the day though was spent on the Beach Reserve at Rye in glorious sunshine where we were treated to a double avian spectacle: firstly, over a thousand Golden Plovers and Lapwings and hundreds of ducks swirling overhead and calling furiously whilst being tormented by an imperious female Peregrine, stooping and chasing unsuccessfully; and secondly a flock of around 50 Gannets plunge-diving for sprats in the shallows off Camber Sands. Also of note: 20 Skylarks, two Great White Egrets, two Sandwich Terns, 25 Dabchicks, four Stonechats, a Brent Goose, a Spoonbill, plus all the usual Redshanks, Curlews and a calling Spotted Redshank. Was also good to catch up with some of the Rye regulars. Afterwards we called in at Pett Level where two Ruffs and six Redshanks were within a Lapwing and Starling flock by the pools and two Red-throated Divers on the sea. 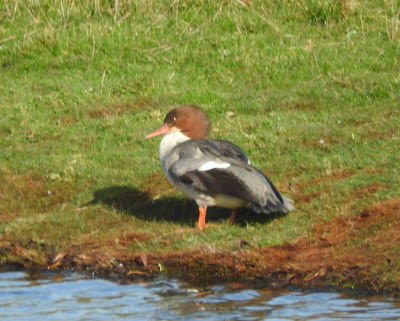 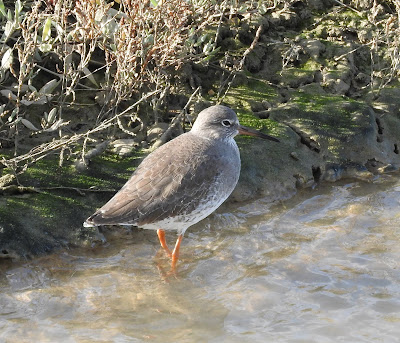