New Romney - Hot, dry and sunny, NE 2 - Walking the local lanes and footpaths around town over the weekend was a pretty grim experience with the landscape brown as a crisp and just as crunchy. The wheat and barley has nearly all been cut and the only hint of greenery is along the reed-fringed sewer margins. Along Hope Lane some of the hedgerow shrubs are beginning to die back due to the drought with guelder-rose being particularly effected along with large swathes of dead brambles. Butterflies seem to be pitifully low in number just about everywhere this summer, such is the `effectiveness` of agricultural sprays drifting into hedgerow margins. A couple of passage Willow Warblers were noted along the lane yesterday, while Buzzards seem to have had a good breeding season; goodness knows what they find to feed on though... The  moth trap has been poor of late due to the cool, clear nights, although a Gypsy moth was new last night. This morning a Hummingbird Hawk-moth spent some time on the garden salvia hot lips. 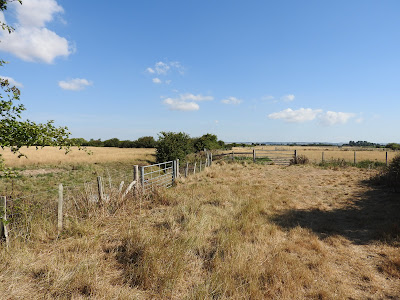 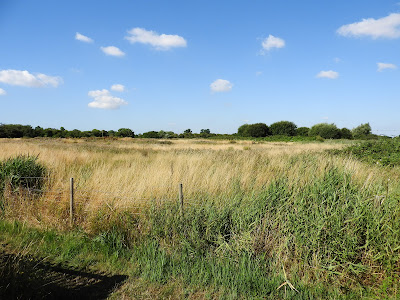 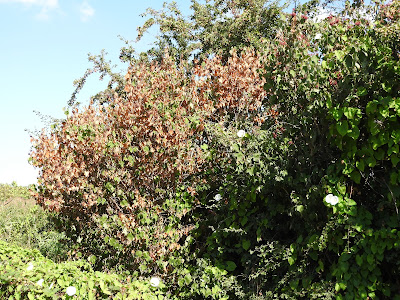 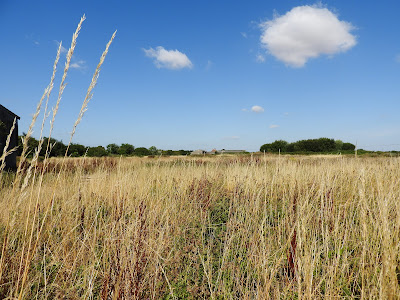 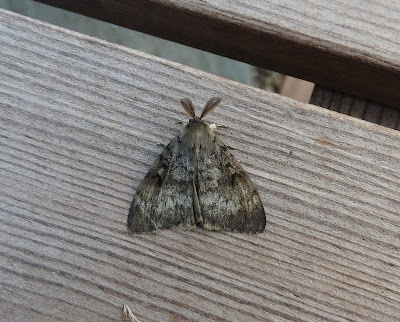 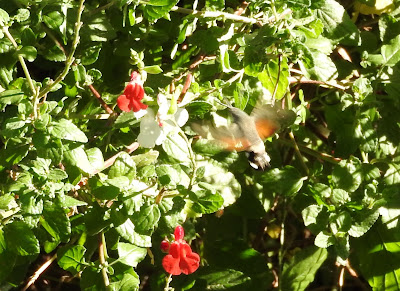 Hummingbird Hawk-moth on the garden hot-lips

This morning I checked in at the bird reserve where once again ARC was the most profitable part with all the usual egrets and ibis from Hanson hide along with six Black-tailed godwits, five each of Little Ringed Plover, Dunlin (including my first juvenile) and Common Sandpiper, three Ringed Plovers and a Snipe on the wader front; surely its only a matter of time until a quality peep, shank or plover drops in... Also noted plenty of eclipse ducks and geese, Dabchick, Kingfisher, Common Tern, Reed Warbler, Water Rail and several Willow Warblers in the bushes around the car park and from the willow trail. 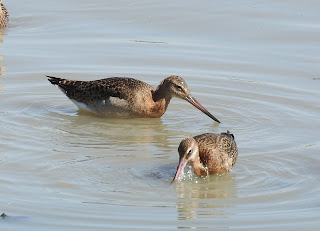 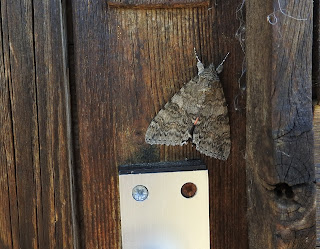