Lade Bay - warm, dry and cloudy, SW 2 - Checked the bay from Greatstone this morning on a falling tide where the sand and mud was smothered in seabirds, mostly large gulls, but also 200 Sandwich Terns and about 20 Common Terns. Eight species of waders were noted: 150 Ringed Plover, 800 Oystercatcher, 380 Curlew, 50 Dunlin, 20 Knot and a few Redshank, Sanderlings and Bar-tailed Godwit. Most surprising of all though was a wayward Tufted Duck that flew along the tideline before landing on the sea amongst the Black-backs! 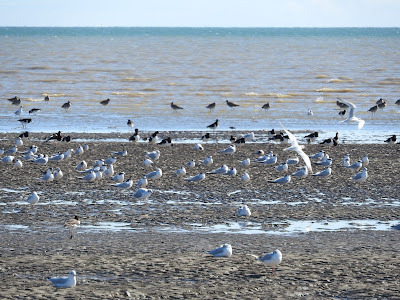 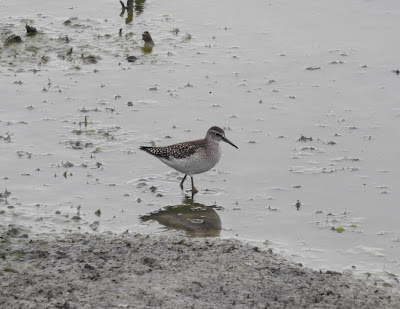 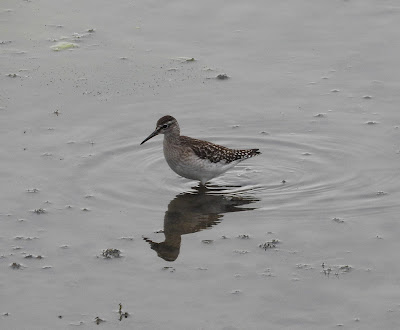 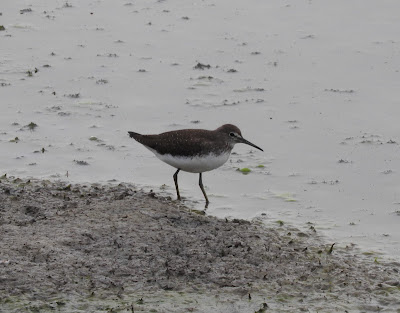 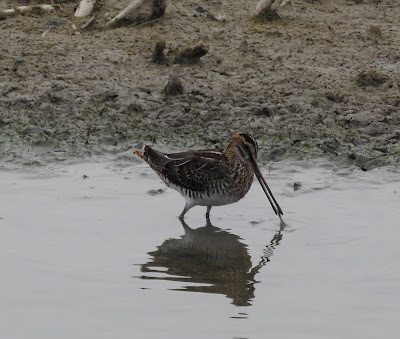 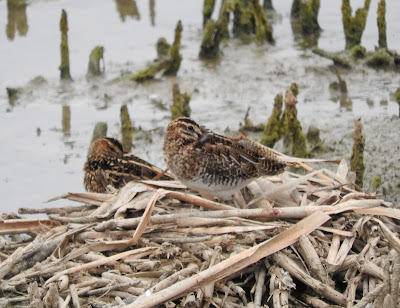 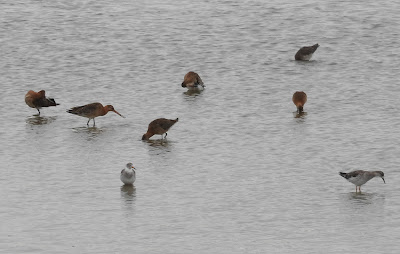 This evening, together with CP, we joined several other locals in Hanson hide where close views were enjoyed of a Wood and Green Sandpiper, five Snipe, two Ruff, 18 Black-tailed Godwits and a juvenile Water Rail. Also noted across the lake, five Common Sandpipers, a Redshank, six Glossy Ibis, two Great White Egrets, two Garganeys, a Marsh Harrier and a Buzzard, plus all the usual common wildfowl and gulls. 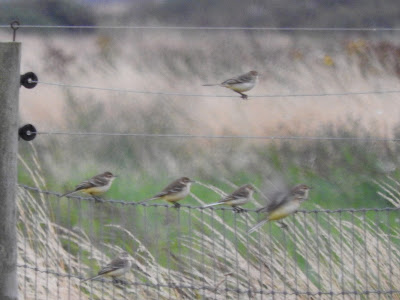 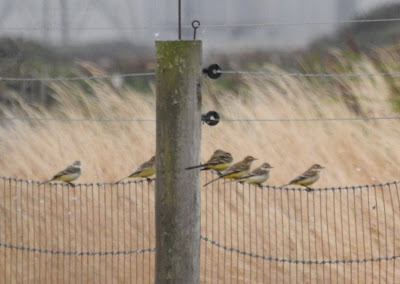 Yellow Wagtails, Dengemarsh
We then drove round to Springfield Bridge where up to 150 Yellow Wagtails flew in settling on the hayfield fences and on islands out on the lake, prior to roosting in the reedbeds alongside Sand Martins. Another Wood and Green Sandpiper here too.
Posted by Paul Trodd at 12:39