Dungeness - overcast, muggy, showers later, NE 3 - Having been off grid for a week at Fairport Convention`s Cropredy music festival, in baking hot Oxfordshire sunshine, it felt good to get back home to the cool and breezy marshlands. However, I then spent most of yesterday in bed with the lergy, whilst hearing reports of White Storks dispersing along the south coast from the Knepp Estate in West Sussex, including several over Lade and one that settled on the mobile phone mast by the bridge during the afternoon. Incredibly it was still present this morning, on an adjacent power line pole, before lifting off at around 0930hrs and incurring the wrath of the local HGs. It then roof-hopped for a while before flying over the camp and on for a tour of the peninsula. Quite a spectacle then, even though they are a tad `plastic`. Even more surprising was that it returned to roost on the phone mast this evening (OL)! 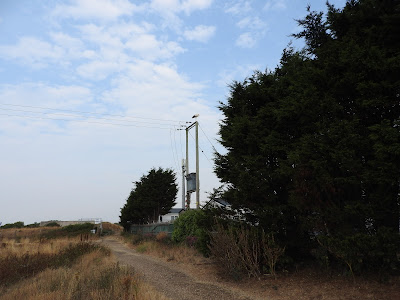 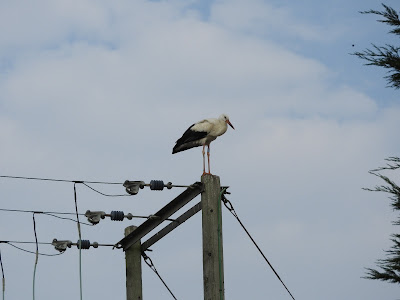 Moving onto proper birding (whatever that may be!). Along the access road to the bird reserve six Cattle Egrets were in the Boulderwall fields amongst the cows while a female Redstart was a surprise find on the fence by the bee-hive bend. A guided walk around the circular trail for six guests was highly profitable, particularly at Dengemarsh where the drought conditions had produced plenty of islands on the lake in front of the hide, the best I`ve seen since 2007. Ongoing conservation work on the ARC had conveniently dispersed birds our way including six Glossy Ibis, four Great White and 11 Little Egrets, four Grey Herons, 12 Black-tailed Godwits, a Redshank, hundreds of common wildfowl and gulls, while a  party of 10 Common Terns came and went. Also noted two Marsh Harriers, Peregrine, Kestrel, Hobby, several Bearded Tits, a Kingfisher and Cetti`s Warblers on Hookers; from the Return Trail several Yellow Wagtails and Linnets over, a Green Woodpecker, two Whinchats, Lesser Whitethroat, Willow and Sedge Warblers. We finished off on Burrowes with eight Ringed Plovers, three Dunlins and a Little Ringed Plover in front of Makepeace Lookout, plus all the usual wildfowl and gulls. Full marks to the RSPB for the new North Atlantic Right Whale display in the VC. 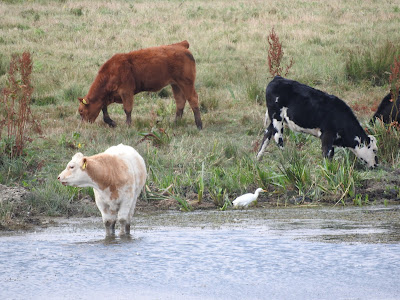 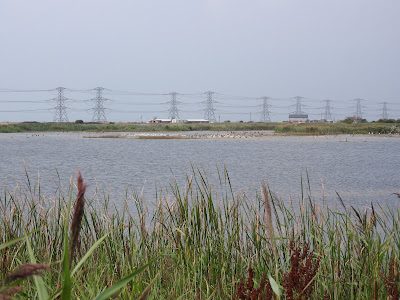 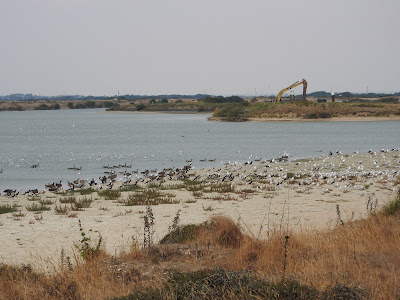 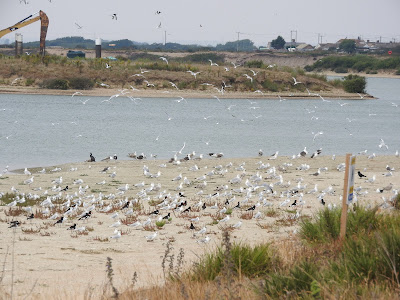 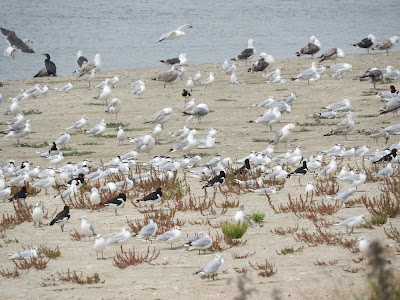 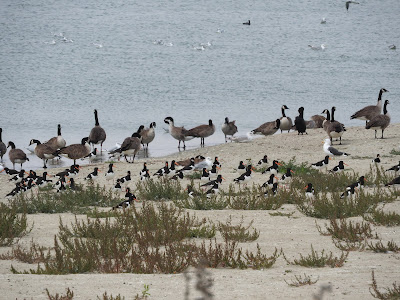 On the way home (just before a hefty shower doused us with some welcome wet stuff) I called in at the Kerton Road quarry for the high tide roost where a couple of thousand birds comprised mostly large gulls and feral geese, c600 Oystercatchers, c150 Sandwich Terns, c50 Cormorants, four Redshanks and two Common Sandpipers. Another Whinchat and three Stonechats noted in the triangle. 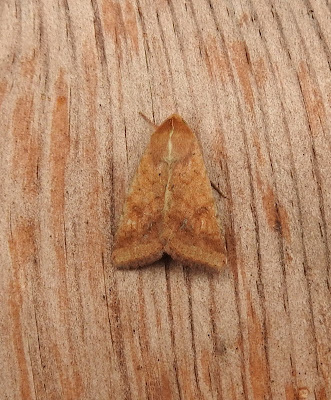 Scarce Bordered Straw, new for the garden trap
Posted by Paul Trodd at 10:12