Lade - warm, cloudy, NW 2 - Despite glowering skies and high humidity the much forecast thunderstorms failed to materialise down here on the Marsh with barely a dribble of rain all morning. A scan of the sands on a flood tide from the Tavern viewpoint produced nine species of shorebirds including 180 Dunlins on the gloopy mud close in and a Whimbrel amongst a couple of hundred Curlews further out. Only a few each of Turnstone, Sanderling, Bar-tailed Godwit and Knot, while Ringed Plovers were down to 50 and Oystercatcher the most numerous. At least 20 Sandwich and five Common Terns present. 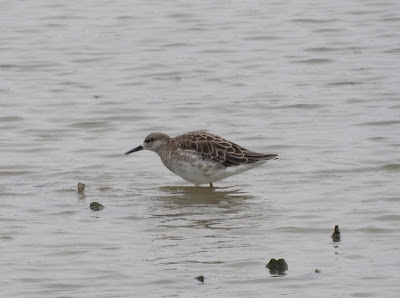 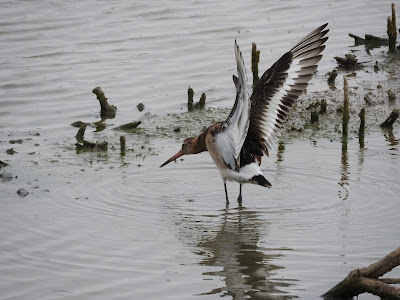 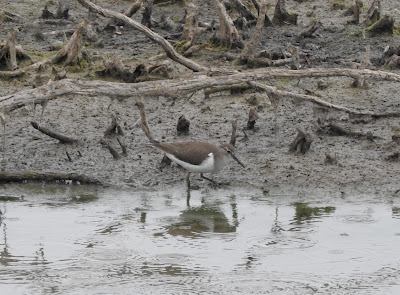 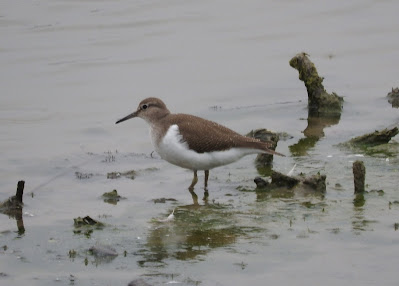 A midday call in at Hanson hide added more waders to the day count as follows: Lapwing 200, Golden Plover 160, Dunlin 50, Black-tailed Godwit 17, Snipe 10, Ringed Plover 10, Wood Sandpiper three, Ruff three, Common Sandpiper two and a Redshank totalling 17 species across both sites, and with Dengemarsh and Burrowes also looking wader friendly, it surely can`t be too long until something rare turns up... Due to the drizzle hirundines were everywhere with hundreds of Sand Martins sat on the shingle ridges and Swallows weighing down the overhead power lines in the car park. All the usual egrets, Ibis and common wildfowl present.