Another day in paradise

Lade - warm, dry, broken cloud, sunshine, E2 - Another cracking day of weather commenced with a bumper catch of 30 plus species of macros in the garden trap, including two more Sussex Emeralds. An early visit to south lake before doing breakfasts for guests delivered a Green Sandpiper on the island along with two Mediterranean Gulls and several Sand Martins over.
With high tide around 4pm it was perfect conditions for a scan of the bay, with the sea retreating in glorious evening light and not a breath of wind. The White Cliffs and distant South Foreland Lighthouse were most apparent, as was a steady stream of huge passing container ships in mid-Channel, etched in front of the French coastline, looking for all the world like mobile blocks of flats. 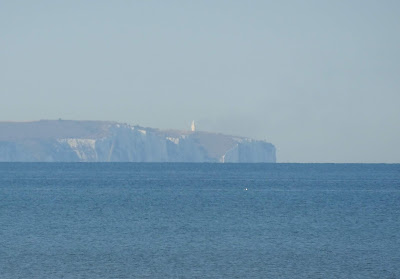 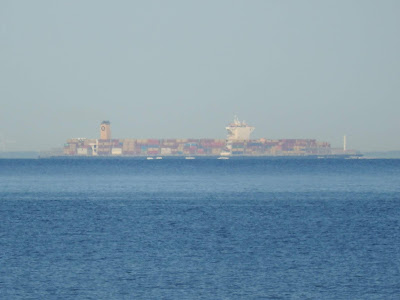 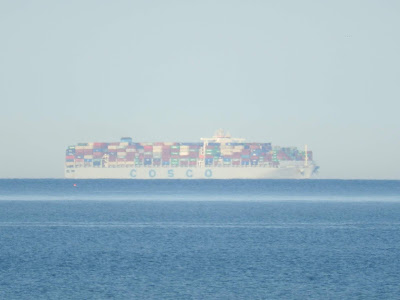 The Curlew flock conveniently returned from roost enabling an accurate count to be made of 225 birds, plus 110 Oystercatchers, five Dunlins, Whimbrel and Ringed Plover. Black-headed Gulls comprised the bulk numbers with a conservative estimate of 5,000 birds; also 50 Sandwich Terns, 30 Common Gulls, 10 Med Gulls and a Kittiwake.
Out to sea at least four Grey Seal followed the tide out and I twice saw them catch flatfish the size of dinner plates. Further out several Porpoises were noted, plus a flock of 13 Common Scoters, more Sandwich Terns, two Gannets and a Fulmar. What a privilege it is to have such an abundance of wildlife in such a dramatic setting just 200yds from our front gate. 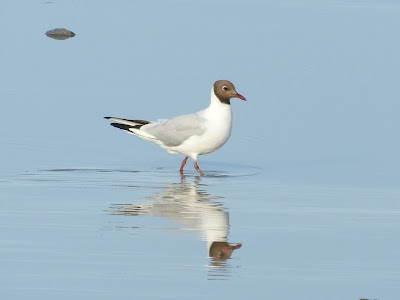 One of many Bhgs on the sands this evening

ARC - Called in to Hanson hide around midday where Wood Sandpiper, Greenshank, Blackwit and Little Ringed Plover were the pick of the waders, plus a Garganey amongst the dabblers. Elsewhere today two Great White Egrets were seen on Dengemarsh (RW).