Scotney - warm, dry, overcast, E2 - Spent the day guiding for Andrew and friends from north Kent. After a moth session at the bird reserve we headed down to Scotney where farmland birds were few and far between. Eventually we located several Yellow Wagtails and a couple of Skylarks out back, plus a distant Buzzard, Kestrel and a Little Owl on one of the farm buildings. A few Swallows were noted, plus the usual range of feral geese, common ducks, Little Egrets and a Brown Hare drinking from one of the gravel pit lakes. 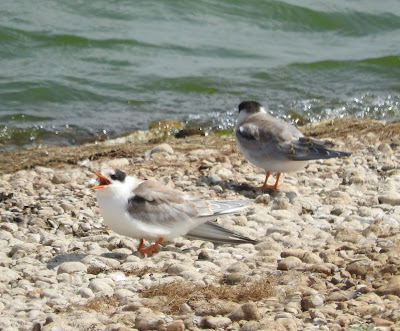 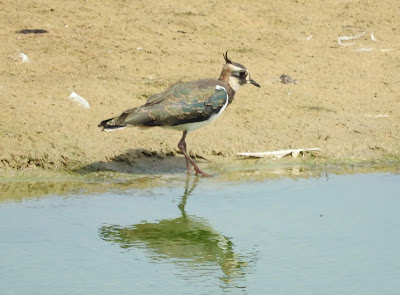 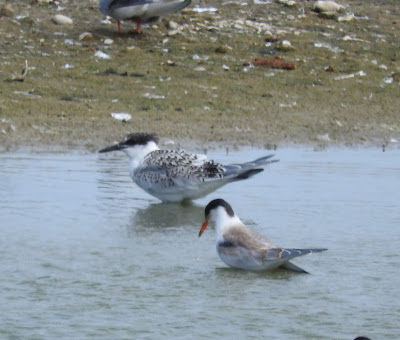 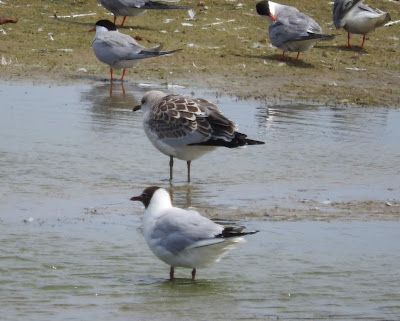 Dungeness - From Hanson hide there was a decent collection of waders on the islands. Three adult Little Stints were fresh in along with two Wood Sandpipers, 10 Dunlins, eight Little Ringed Plovers, five Ringed Plovers, four Blackwits, two Snipe, two Redshanks and singles of Greenshank and Common Sandpiper. Plenty of common dabblers and diving ducks were on the water, plus a juvenile Mediterranean Gull amongst the Black-headed Gulls and Lapwings.
Over the road on Burrowes Wood Sandpiper and Dunlins in front of Firth hide, a mixed flock of Common Terns (including this years juvs), two Sandwich Terns, another juv Med Gull, several Ringed Plovers and Lapwings and male Marsh Harrier over the Oppen pits.
We also managed to identify a number of plants and dragonflies for the guests throughout the day, despite the desiccated landscape.
Posted by Paul Trodd at 10:55