Lade - hot and humid - The hottest day of the summer so far with the thermometer peaking at 31C in the garden. Still very few butterflies on the Buddleia though, just a few whites and the occasional Comma, Meadow Brown, Gatekeeper and Red Admiral, plus several Hummingbird Hawk-moths. No change on the local patch with both Green and Common Sandpipers around the margins.
A midday sea swim off the board walk was most enjoyable, along with screeching Sandwich Terns and two Grey Seals further out, magic. By late afternoon the storm clouds gathered and in high humidity by early evening the rain poured down amongst the thunder and lightening to bring the heat wave to a spectacular end. 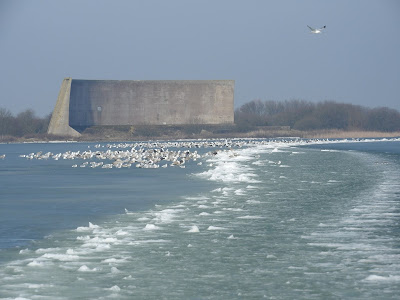 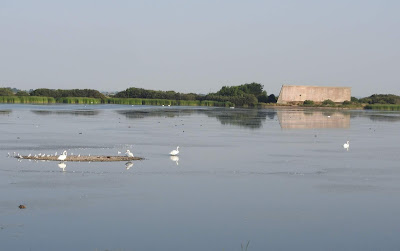 ARC - From Hanson hide this morning several Common Sandpipers were joined by singles of Wood and Green Sandpiper. A Great White Egret settled amongst the Cormorant colony and a small party of Blackwits and Curlew flew around before heading over the road.
Posted by Paul Trodd at 11:01