Lade - warm, dry and sunny, NE 3-4 - A quiet weekend bird wise on the local patch, as is to be expected at this time of year. Pochard numbers continue to increase on south lake as the pond weed flourishes where they`ve been joined by a host of juvenile Coots and Moorhens, the first Tufted ducklings, but still no sign of any grebelets. Several Little Egrets have moved on to site to fish, Common Terns likewise and its been three days now since I last heard a Cuckoo, so I guess they may have returned to their African homelands.
The Sparrowhawk young were vocal yesterday as the parents brought in prey. On the bay the east wind has attracted hundreds of kite surfers which has tended to force the waders up towards Littlestone where a few returning Dunlin and a Grey Plover were amongst the Curlews and Oystercatchers.
In the old Elm regrowth at the end of Dunes Road several White-letter Hairstreaks were present along with Comma, Small Tortoiseshell and Speckled Wood. In the nearby fields Corn Bunting, Yellow Wagtail, Meadow Pipit, Skylark, Reed Bunting, Lapwing and Stonechat noted. 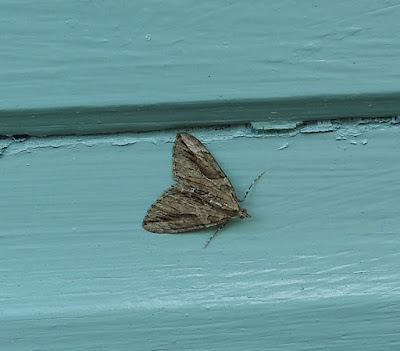 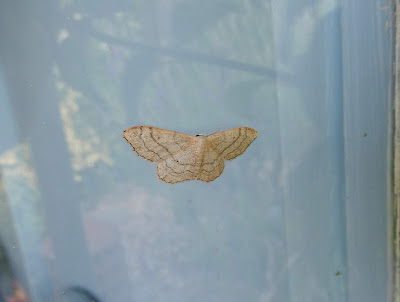 Cypress Carpet and Riband Wave around the trap site 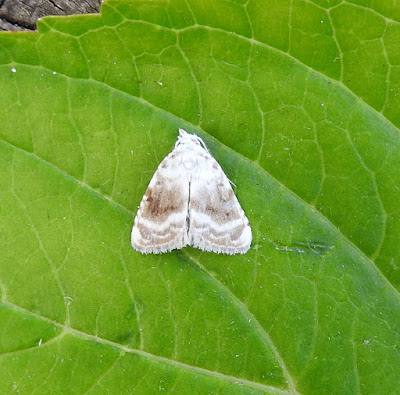 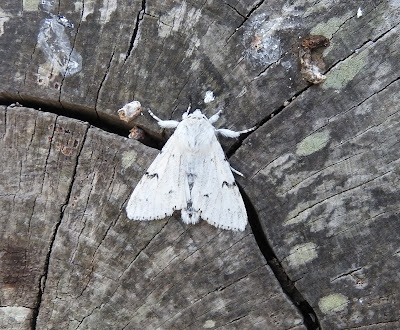 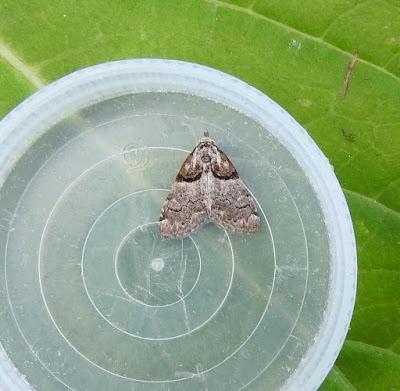 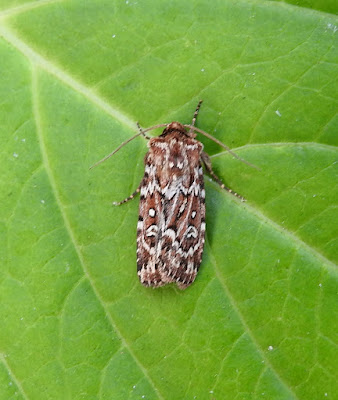 The wind eased last night delivering a bumper 35 species to the garden moth trap, some of which were on the summer house wall when I covered the trap at 0430hrs, before the local Blackbird could set to work. Seven were new for the year including Miller, Short-cloaked Moth, Kent Black Arches and best of all the splendidly named True Lover`s Knot, all of which are only occasional visitors here.
Posted by Paul Trodd at 11:52