Lade - warm, dry and sunny - Another muggy night although the cloud cover disappeared resulting in a drop in moth numbers; however, a Jersey Tiger was new for the year, as usual on the outside of the trap. Also last night several small bats were hawking insects around the garden fir trees, newts were active in the pond and three fox cubs were playing in the road outside. 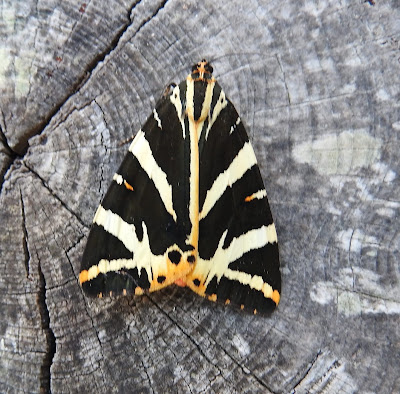 Dungeness - Very quiet at the point this morning, apart from a Black Redstart on the power station fence, a Peregrine over and several Mediterranean Gulls at the Patch.
An afternoon visit to Hanson hide yielded two Blackwits, Wood and Common Sandpipers, 10 Ringed Plovers, Dunlin, Garganey and a flyover Bittern on ARC. On Burrowes from Firth hide, 120 Common Terns, 10 Ringed Plovers, Common Sandpiper and Dunlin. 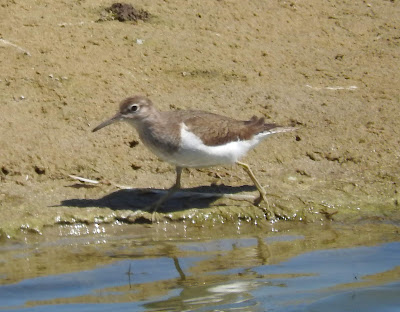 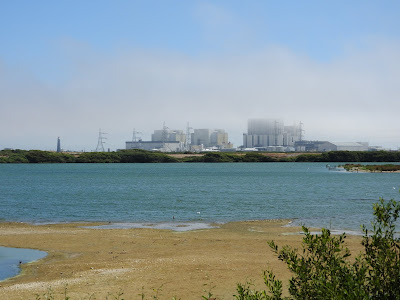 Cloud bank over the power stations