Lade - warm, dry and sunny, ne 2 - At long last, a muggy evening perfect for mothing and the conditions duly delivered with 21 species of macros in the trap including a spectacular Puss Moth and White Spot, a Dungeness speciality. Also in the trap at least 30 Diamond-backed Moths.
On the lakes an influx of 15 post breeding Pochards followed on from yesterdays birds elsewhere. It was good to here and see several Cuckoo around the willow swamp. 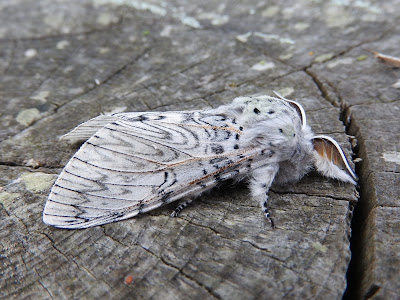 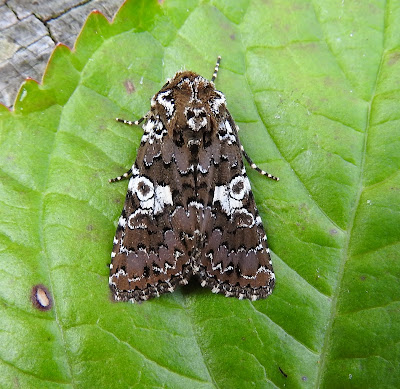 Rye Harbour - I`m a sucker for a good wader and being as Rye is within my greater Romney Marsh patch I could not resist the lure of an American Golden Plover on the Flat Beach opposite the red- roofed tin shack. And what a stunning bird it was too, an adult male in full breeding plumage, but just a little distant for any reasonable pics, what with the heat haze and all. Apparently, this is the 46th species of wader to be recorded at Rye, the finest wader site on the south coast.
Also noted up to 10 Little Terns, plenty of Sandwich Terns and a few Med Gulls over calling and the usual host of shorebirds with recently fledged chicks. 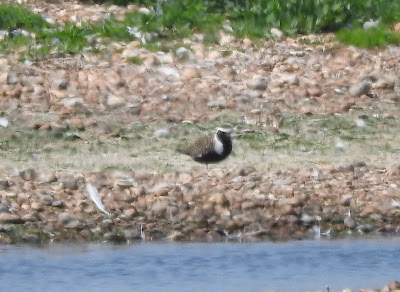 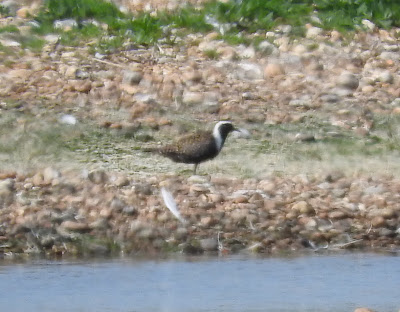