Lade - cool, cloudy start, warmer later, ne 2 - Early summer on the local patch is often of interest for a wide range of flora and fauna with birds taking a bit of a back seat, what with flower season now in full swing. I managed to locate Common Spotted, Pyramidal, Bee and Southern Marsh Orchids around the site, although the latter were nowhere near as numerous as in previous years.
A couple of Grass Snakes were noted by the ponds and everywhere around the willow swamp came the sound of carp thrashing in the shallows, spawning. Up by the swing bridge I counted over 30 monster 20lb plus fish pass through the channel and numerous smaller specimens.
As the sun broke through a few Painted Ladies, Common Blues and Small Heaths took wing, while by the ponds Common and Blue-tailed Damselflies had emerged along with Four-spotted Chasers, Black-tailed Skimmers and our first Emperor of the summer. 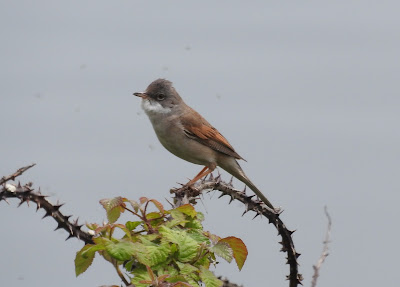 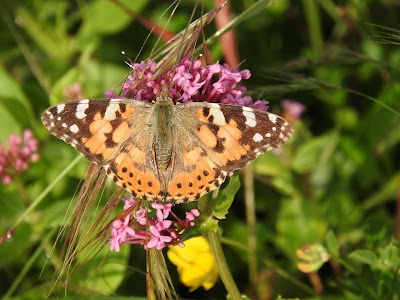 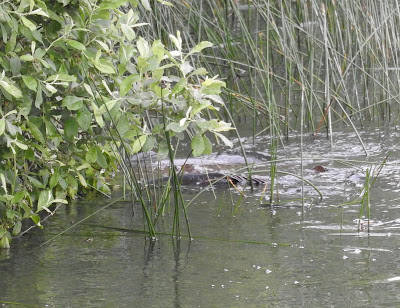 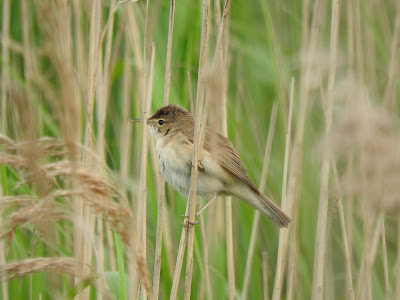 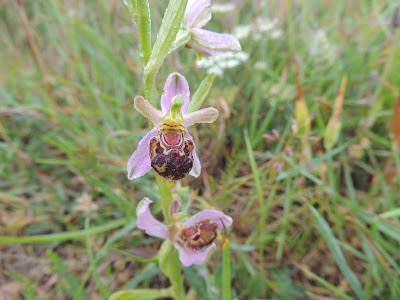 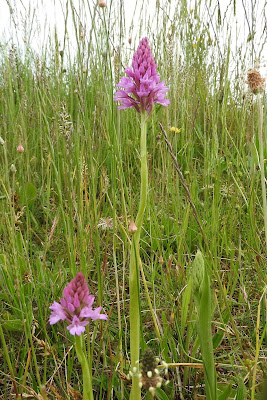 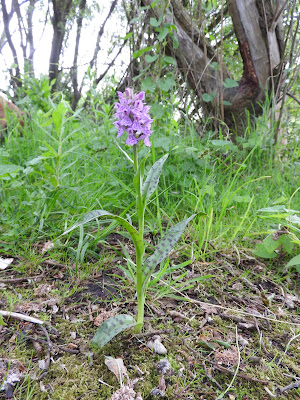 On the breeding bird front it was good to see first broods of fledged Whitethroats and Sedge Warblers out and about, while Reed Warblers were singing from every available clump of reeds. Cuckoos were also going like the clappers and I noticed at least two females flopping around in the reeds, presumably seeking out suitable nests for egg-laying. Large gangs of Jackdaws were active in the willow swamp making a right old racket as the juveniles begged for food, and I watched an adult swoop down over the lake and snatch a Coot chick off the water, a behaviour that was new to me. Whilst on the subject of Jackdaws, they were also in the garden today working the fir trees and laying waste to the Collared Dove nests.
The garden moth trap was much reduced in numbers due to a fresh north-easterly coming off the sea last night, but did included Willow Beauty and Spectacle new for the year.
Burrowes - A brief call in the bird reserve yielded the usual fare on Burrowes including a pair of Wigeon, Pintail and Teal amongst the eclipse ducks, plus Cuckoo. 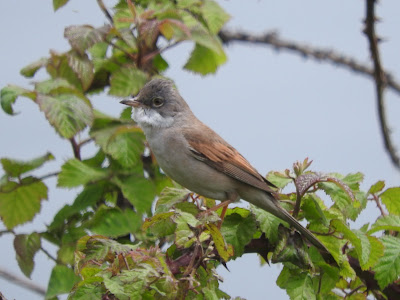 Lydd Allotment - This afternoon at the allotment I got distracted by a group of House Martins collecting mud from puddles for nest material. They took absolutely no notice of me and Barney as we (or rather I!) toiled away nearby. The adjacent newish housing estate is home to a small colony of these fabulous little hirundines which sadly, in common with many of our summer migrants, seem to be in steady decline and are now Amber listed. 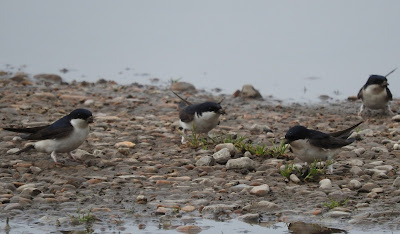 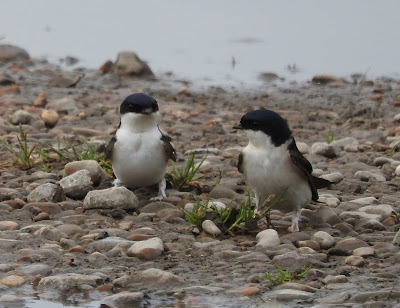 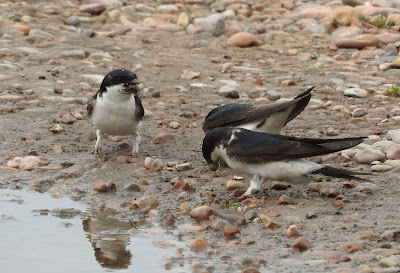