Lade - humid, sunny, light airs - Following last nights thunder, lightening and torrential downpour it was no surprise to find the local patch soaking wet first thing this morning, although as the strong sunshine broke through it quickly dried up. Painted Ladies, Small Heaths and Common Blues were soon on the wing along the old railway line track amongst a fine show of wild flowers. On south lake Pochard numbers have risen to 75, nearly all drakes. 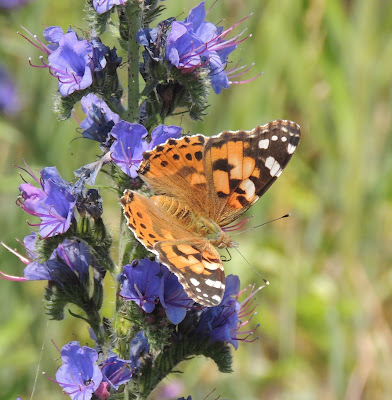 We walked Mockmill where Sedge Warblers, Common Whitethroats and a pair of Stonechat were busily feeding young. All of a sudden Cuckoos have become easier to see hereabouts and I reckon last weekend there was a late arrival of birds, as also confirmed by CP out at St Mary-in-the-Marsh, so perhaps my previous gloomy posts about this charismatic migrant are unfounded, at least locally.
Despite the rain there was plenty of interest in the garden moth trap with Red-green Carpet and Cream-spot Tiger both new for the year, amongst 23 species of macros. We then moved to the Kerton Road Café to assist in emptying the traps where another 10 species were noted, including a very smart Broom Moth, a species I rarely get at Plovers only half a mile down the road. 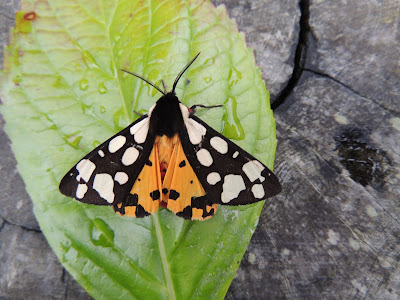 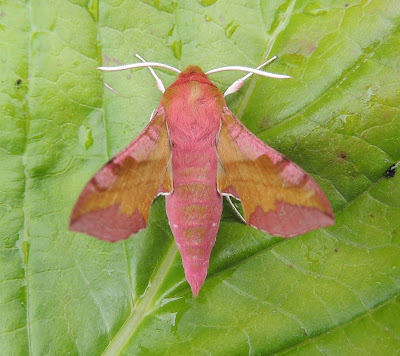 At the café they`ve been having `trouble` with a pair of breeding Stonechats that perceive their reflections in car wing mirrors to be others of their kin muscling in on their territory. As a result the wing mirrors are now shrouded in plastic when parked up to prevent the stroppy little chats injuring themselves.
On a falling tide this afternoon two late Grey Plovers were the best of a meagre bunch of five species of waders, also several Sandwich Terns and Shelducks. 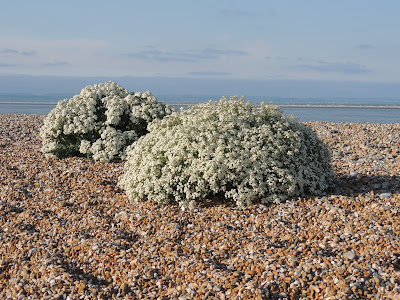