Lade - warm, dry, sunny, w 3 - A much drier morning with only the odd spot of light drizzle to spoil an otherwise beautiful summers day. Moth numbers continue to be low in the garden trap with just 12 species of macros, although the dreaded Uncertain was new for the year.
A circuit of the local patch delivered a nice crop of grassland butterflies including both Large and Small Skippers, plus plenty of Silver Y moths. On south lake Pochards have increased to over 100 and it was good to see several broods of Great Crested Grebes with young on the water. Cuckoos were still active around the reed beds, but the main bird news was the willow swamp Green Woodpecker pair showing off their four fully fledged juvs on the causeway shingle. At least 100 Swifts hawked insects over south lake, with 20 House Martins on north lake, while two Med Gulls and five Sandwich Terns overflew the site. Also, at the north-eastern end of the lake there was a fine display of Dark Mullein.  The walk back along the beach delivered the expected Curlews, Oystercatchers, Ringed Plovers, plus two beached Barrel Jellyfish. 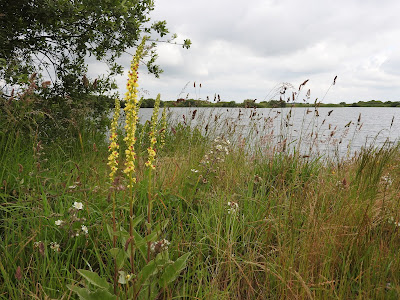 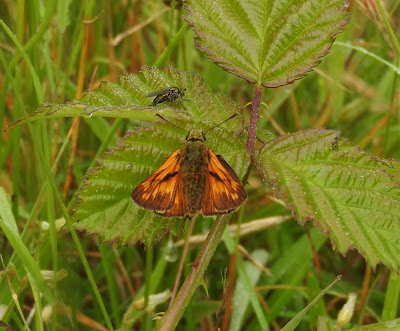 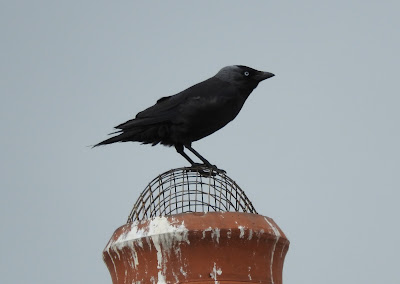 Truth be told I`m still walking round like a condemned man after the referendum result on Friday. I just cannot believe how stupid this country can be at times. The questions that keep going round and round in my head are how on earth could Cameron be so naïve as to entrust the British public with such an important decision in the first place, and why didn't more young `uns exit Facebook for ten minutes and get off their lazy arses and vote? And now the bloody politicians, many of whom were responsible for all the lies in the run-up to the vote, are in melt down arguing amongst themselves and resigning to save face; talk about "fiddling while Rome burns". It seems that these and many more imponderables are affecting plenty of other folk in this confused country of ours at the moment, if the news broadcasts are anything to go by.
Anyhow, at least Glastonbury is looking good tonight, so I`m off to watch ELO on the legends slot, followed by Cold Play later on, and tomorrow stick my head in the sand like an ostrich and not listen to any more news...
Posted by Paul Trodd at 09:47