Lade - 0700hrs - warm, dry sunny, sw  3 - A stunning start to the day weather wise, and a `new dawn` (for good or ill) following yesterdays Referendum; I always thought it was a dodgy decision by Dave to throw it open to the great British public - 40% of whom still believe in fairies... But there you go, we`re stuck with it now and have got to make the best of it.
However, some quality migrants in the moth traps both here and at the Kerton Road café including Bordered Straw and White-point and Lime Hawk-moth respectively, the latter a species I`ve yet to record at Plovers. 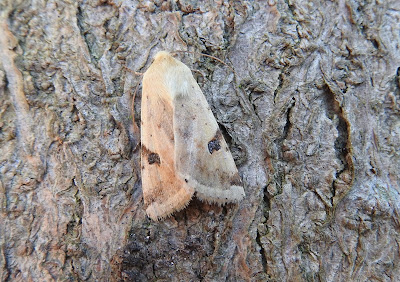 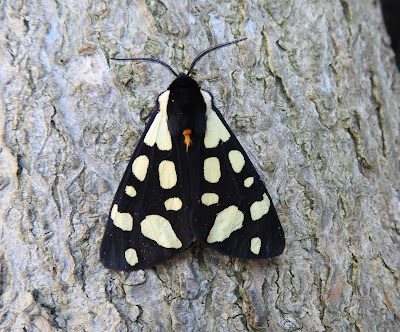 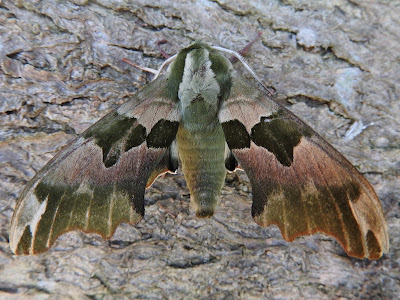 Lime Hawkmoth, Kerton Road - a scarce resident down here on the shingle

Dungeness - A wander along the foreshore from the lifeboat station to the fishing boats delivered plenty of Skylarks, Mipits, Stock Dove and Pied Wagtail breeding activity, but there was no sign of any Wheatears. Diamond-back Moths were everywhere in the ground cover along with many Silver Ys and a single Hummingbird Hawk-moth briefly on one of the old fish hut walls.
RSPB - 1000hrs - Spent a very pleasant session guiding Margaret and about 20 of her old friends from north Kent around the circular walk. We concentrated mainly on the terrific display of wild flowers and insects including the likes of Common and Blue-tailed Damselflies, Four-spotted Chasers, Black-tailed Skimmers, Emperors, Red Admirals, Small Tortoiseshell, Small Heath and Common Blue. 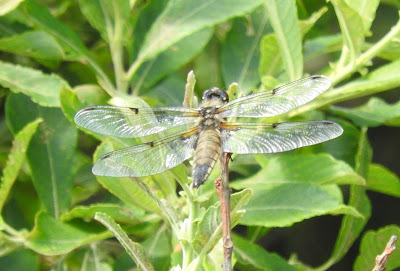 And the birds weren't bad either with the group having superb views of 6 Hobbies, Common Buzzard, Marsh Harrier, Common Whitethroats, Sedge Warblers, Reed Buntings, Linnets, Little Egret, Redshank, Lapwing, Oystercatcher and brief flight views of the Cattle Egret amongst the cows on hayfield 3. Small parties of Sand Martins over Dengemarsh were an indication that migration is already underway and a Cuckoo was heard along with several Cetti`s Warblers. From Makepeace hide a Peregrine showed distantly and whilst there all the gulls and wildfowl took to the skies. We couldn't see anything but later heard that a Red Kite had flown over Burrowes.
However, on the way home just before 1400hrs I pulled into Lade car park, as I could hear and see the Herring Gulls throwing a wobbly along the coast road, and sure enough a kite was soaring overhead. On closer inspection it was clearly a Black Kite and I watched it disappear north before alerting a couple of other local birders who lived that way. News then came through on Twitter that Dave Bunney at Dungeness had also not only seen it but photographed it too! For pics check out the  @LeyshonOwen Twitter account or the DBO website. This is my second Black Kite at Lade in 10 years.
So, quite a day, that kicked off with some cracking moths, followed by an enjoyable ramble with Margaret and her pals and finished with a quality rarity - and all within a mile and a half of home. I love Dungeness National Nature Reserve!