Night of the Tigers

Lade - warm, dry, sunny, light airs - A Jersey Tiger on the summer house wall by the trap was this mornings moth highlight, along with four Garden Tigers in the egg boxes. Also of note a Toadflax Brocade and a Small Wainscot. 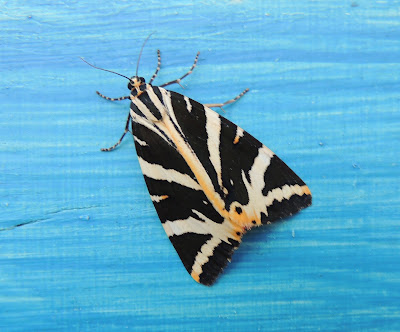 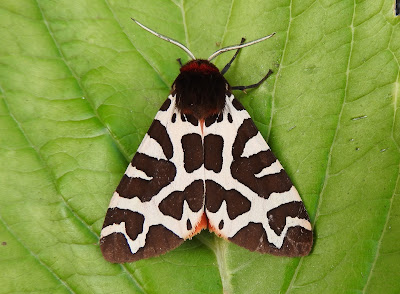 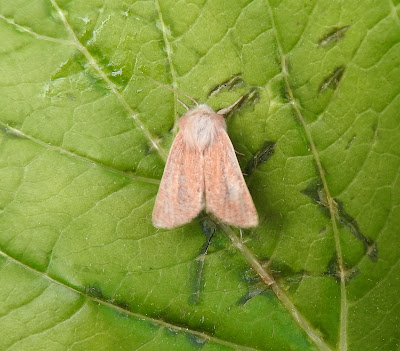 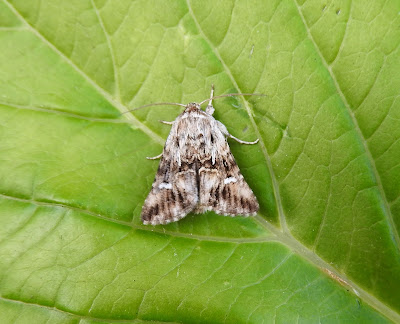 There was plenty of early morning insect action on the Desert in the warm sunshine and light airs with masses of invertebrates around a clump of brambles, including browns, skippers, Common Blues, Small Coppers and Peacocks, blue damselflies, Migrant and Common Hawkers, bees and bugs. Was also good to see a number of juvenile Common Whitethroats and Stonechats atop the gorse, warily keeping an eye open for Hobby and Kestrel hunting over the shingle ridges. 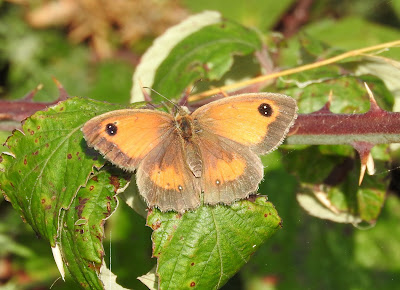 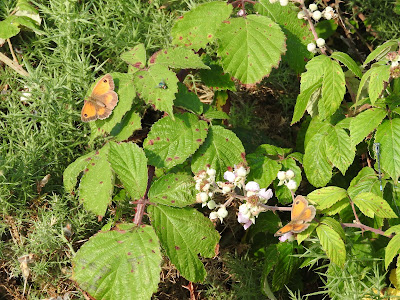 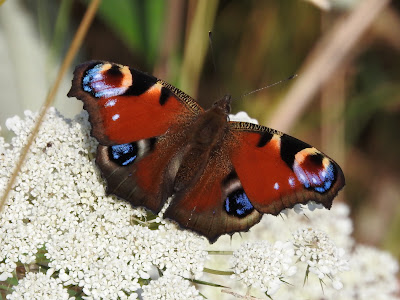 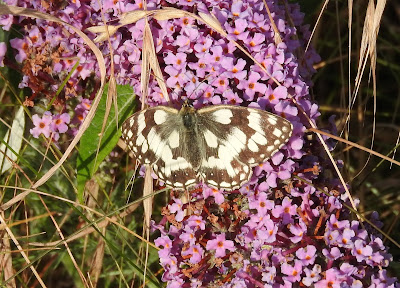 ARC - Dungeness - 1500hrs - A wander down to Screen hide produced a surprise in the shape of a juvenile Cuckoo flying out from Tower pits and over the lake towards the railway line. About 200 Sand Martins battled into a brisk and increasing sou`westerly wind, while Common Terns came and went. Seven Little Egrets were already at the roost site on the far corner of the pit and a Marsh Harrier drifted over. All the usual eclipse wildfowl hugged the margins to avoid the wind.
Posted by Paul Trodd at 09:58