Lade - warm, dry, sunny, light airs - The pick of the moths from last night was a Least Yellow Underwing, a species I rarely see down here, plus the first of many, no doubt, Flounced Rustics. A Willow Warbler in the garden was also a first of the season. 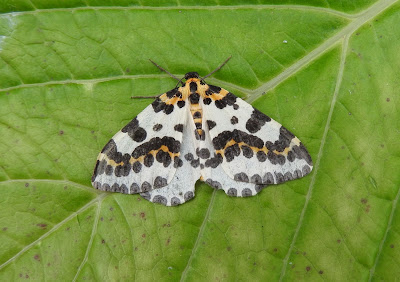 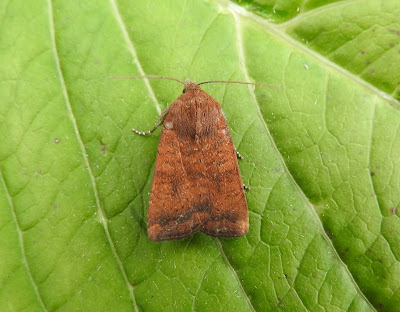 Dengemarsh - A circuit of the Marsh produced a few migrants with a trickle of Sand Martins, Yellow Wagtails and a Greenshank overhead. A Corn Bunting flew across a wheat field while there were plenty of Reed Warblers and Reed Buntings in the ditches, where a very confiding juvenile Grey Heron was enjoying the sunshine with wings spread akimbo. From the viewpoint a family party of Bearded Tits showed well in the reedbed, several Willow Warblers called from the sallows, adult Common Terns fished for juveniles on the raft in front of the hide and a distant Great White Egret preened opposite. The hayfields were bone-dry and birdless, but there was a smart show of Marsh-mallow by hayfield 2. Oddly enough not a single raptor was encountered during the two hour jaunt. 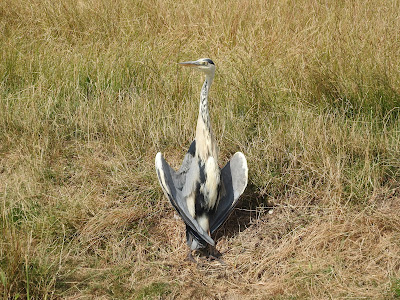 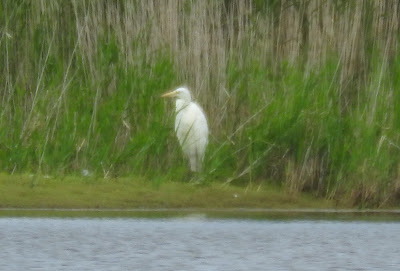 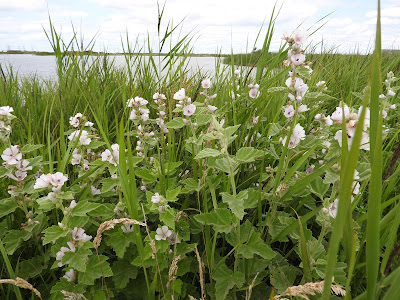 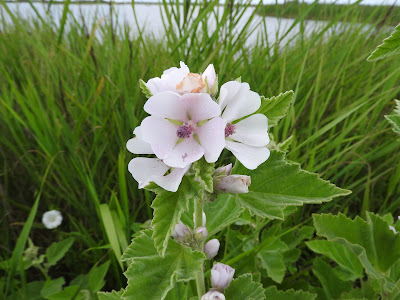