Rye Harbour - 0800hrs - warm, dry and sunny - Had to go to Wittersham first thing this morning so opted for a spot of birding at nearby Rye and a circuit of the beach reserve, in fine weather with light airs. My previous visit was early last month when the seabirds were still in full breeding mode. Today, however, Ternery Pool and Flat Beach were largely silent as the terns and gulls had already dispersed; how quickly the seasons pass. I could only find a handful of Common and Sandwich Terns on site with one and two juveniles respectively and no sign of any Little Terns. Chatting to the Wildlife Trust staff it appears that only a few Common and Sandwich Terns reared chicks to flying stage, despite there being plenty of fish and sand eels available. Predation would seem the likely cause of failure, probably from gulls (including Meds) or maybe a Fox or Badger breaching the security fence. All 16 pairs of Little Terns failed to raise young despite hatching eggs; how on earth does this fragile tern ever replenish its numbers? Its a good job terns are long-lived. As for the gulls, Black-headed appeared to have done well, but Mediterranean Gulls not so.
Waders too had a mixed breeding season with Lapwings failing altogether and only a few Avocets, Redshanks and Ringed Plovers rearing young to flying stage, although Oystercatchers fared slightly better. On the plus side Skylarks seemed to be doing ok and I saw several broods of Shelducks on Flat Beach. At least five pairs of Wheatears nested and juveniles were seen to fledge. 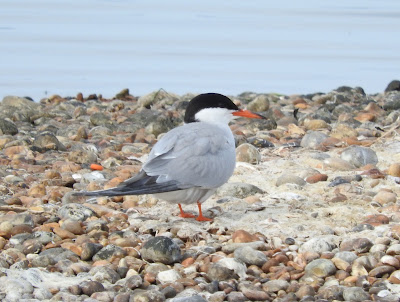 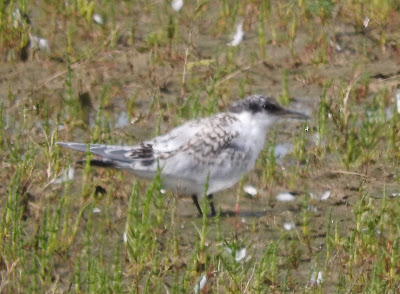 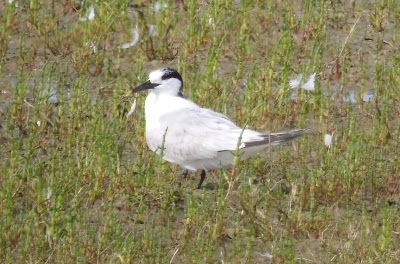 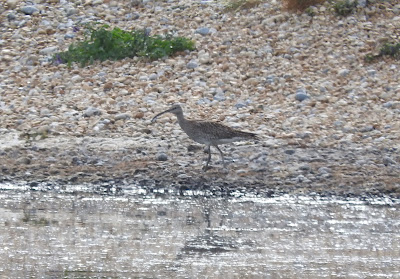 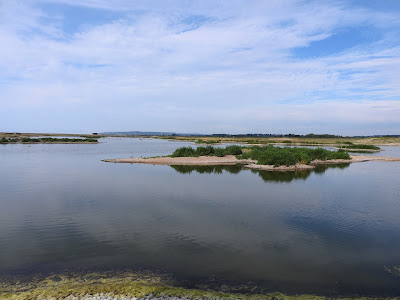 As for passage waders I noted two Whimbrels, five Dunlins, three Common Sandpipers and a Greenshank. Early days yet, but with such superb habitat the coming months could be interesting. Also noted: two Dabchicks, 12 Little Egrets, 50 Curlews on the foreshore, 10 Yellow Wagtails, a Marsh Harrier over and several Willow Warblers in the bushes beside Narrow Pit.
On the way home a drive across Walland Marsh revealed several Buzzards, Marsh Harriers, Yellow Wagtails, Tree Sparrows and Corn Buntings at the usual spots around Midley. Walked along a lane with elm regrowth where I`ve previously seen White-letter Hairstreak but could find no sign of any.
Posted by Paul Trodd at 07:38