Dungeness - dry and sunny, SE 2 - Another superb winters day with bright sunshine throughout. We started off along the foreshore which was predictably devoid of birds, before moving on to The Patch where a mini-boil had attracted a few gulls including an adult Mediterranean Gull on the beach. A pair of Ravens displayed over A Station, `cronking` loudly and tumbling in flight before eventually settling on the superstructure. Offshore a steady trickle of Red-throated Divers, Gannets and auks rounded the point. 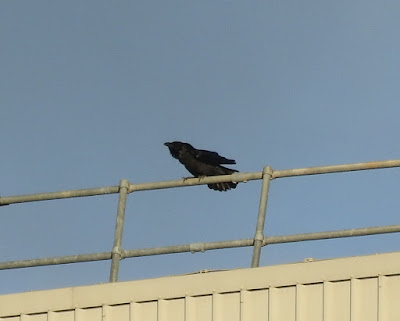 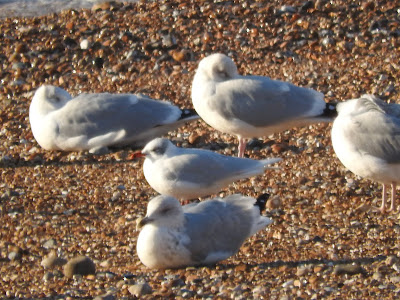 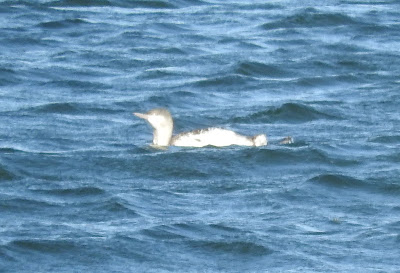 A guided walk for RSPB this morning concentrated on Burrowes where two Red-throated Divers were the highlights; unusual here, despite being common on the sea. All the usual wildfowl noted including four Goldeneyes, hundreds of Cormorants, plus an adult and 1st winter Caspian Gull on the islands. At Boulderwall hundreds of Greylags, Lapwings, Golden Plovers and Wigeon on the fields, plus two Cattle Egrets, a flyover Great White, Buzzard and Marsh Harrier. From Hanson hide, Black-tailed Godwit, 100 Wigeon and the expected gulls and diving ducks. From Cockles Bridge ten Bewick`s Swans in the rape-seed field.
An afternoon visit to Lade failed to locate the Hume`s Warbler, but the Red-necked Grebe remained on north lake. A check of the bay from the Tavern viewpoint in fading light revealed hundreds of Common and Black-headed Gulls, Curlews, Oystercatchers, Dunlins and Sanderlings.
Posted by Paul Trodd at 10:45