Lade - cold, cloudy, NW2 - Spent some time over the weekend checking the foreshore for waders and any passerines feeding along the tideline between the Jolly at Greatstone and the Pilot at Dungeness. Pied Wagtail, House Sparrow, Meadow Pipit, Wren, Reed Bunting and Starling is all I could muster, plus around 50 Turnstones. There was much human and dog disturbance at the Greatstone beach end.
All ten species of waders were present including the following high tide counts: Oystercatcher 320, Sanderling 210, Dunlin 180, Knot 80 and Grey Plover 25. 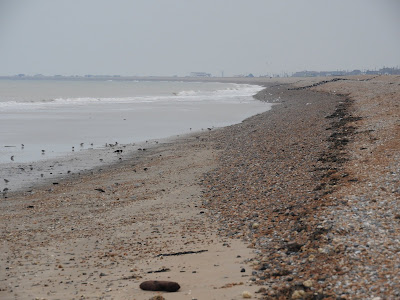 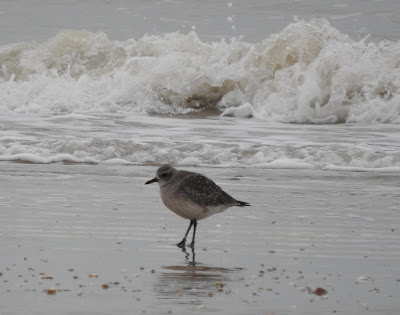 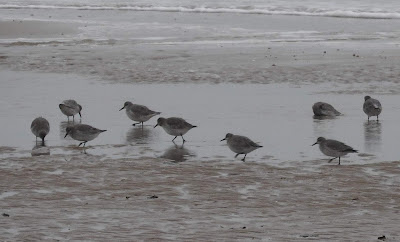 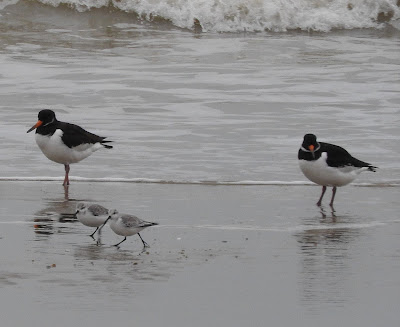 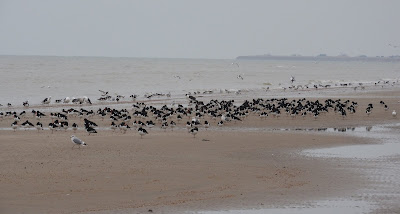 As for the old gravel pit lakes, there was no change to the wildfowl with eight Goldeneyes still present the highlight. An afternoon check of south lake just before lights out revealed skein after skein of Cormorants coming in from the east and heading towards the bird reserve, at least 1,300 in total.
Posted by Paul Trodd at 10:41