Dungeness - cold, dry, sunny, light airs - A superb day of weather to be out and about birding. We started at the point where after yesterdays gull-fest the only interest offshore were good numbers of auks and a few passing divers and Gannets. At the Patch a 2nd winter Caspian Gull and an adult Mediterranean Gull were the only birds of note and there was no sign of yesterdays Glaucous Gull.
A tour of the bird reserve yielded the first Black-necked Grebe of the year on ARC, two Goosanders on Burrowes, a Great White Egret on Dengemarsh and a Ruff on the Boulderwall fields. I spent some time searching for Tree Sparrows at their usual haunts without success; infact the last time I saw one at Boulderwall was back in November. The Midley birds have also eluded me on two visits this month. Hopefully they`re out there somewhere on the farmland and will return as spring approaches to breed, although I think this species is teetering on the edge of extinction down here. 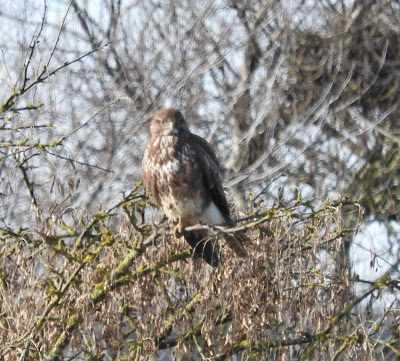 On a brighter note from Cockles Bridge the two Whooper Swans were still amongst the Mutes in the rape-seed field, while the three Cattle Egrets had moved over the road in the sheep field near the allotments. Also noted: four Buzzards, two Marsh Harriers, a Merlin, two Stonechats, plus a Blackwit amongst the Lapwings on the horse paddocks.
Spent the late afternoon at Lade checking for owls on the fields between the lakes and the airfield. The habitat looked perfect but all I could manage to find were Buzzards and Kestrels. As dusk descended a Bittern flew across the reedbed, Water Rails started calling and hundreds of Woodpigeons and Jackdaws flew to roost in the setting sun. 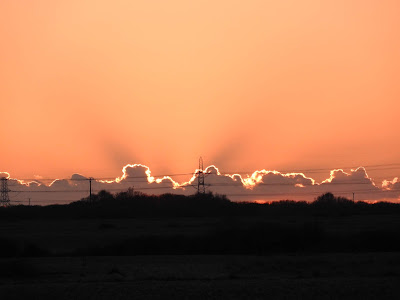 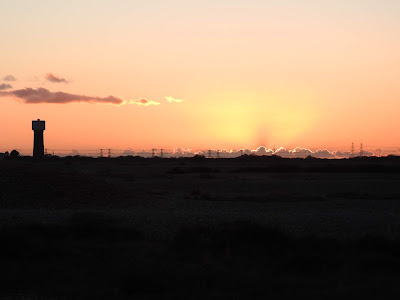 Lights out over Lade