Dungeness - cold, overcast, showery, SSE 4 - With news of a juvenile Glaucous Gull at the Patch  this morning (found by PB) we headed down to the point. From the seawatch hide there was no sign of the Glaucous over the boil although it had been seen just before we arrived opposite the old coastguard lookout. Everywhere you looked along the foreshore were thousands upon thousands of gulls feeding on shoals of sprats in a brisk onshore wind. Mostly Herring, Common and Black-headed Gulls, plus plenty of Kittiwakes, Black-backs, a few Mediterranean and at least one juvenile Yellow-legged Gull; a proper gull-fest. 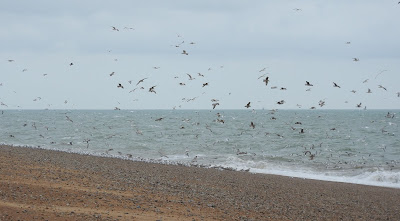 Some of the many gulls along the foreshore 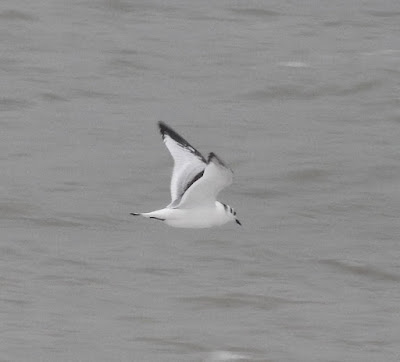 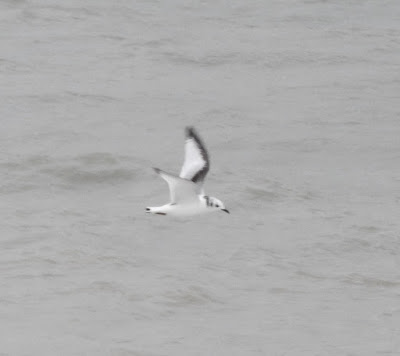 Scanning from the Lade boardwalk just after midday a juvenile Glaucous Gull flew along the distant tideline towards the Pilot and may even have been a different bird to the one at Dungeness. A return visit to the Patch hide this afternoon delivered further distant views of a juv Glaucous Gull at Penn Bars amongst hundreds of large gulls and a 1st winter Little Gull.
Finishing off at the fishing boats where two more Little Gulls were noted along with 10 Mediterranean Gulls and hundreds of Kittiwakes and Common Gulls. Throughout the day plenty of Gannets, Red-throated Divers, Guillemots, Razorbills and a Bar-tailed Godwit also noted, plus a Grey Seal. 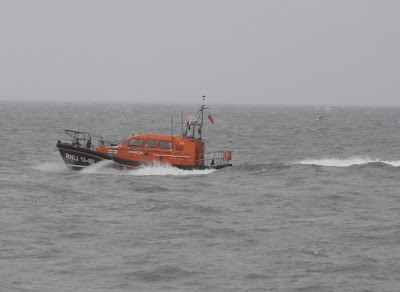