Hemsted Forest - cold, dry, overcast start, sunny later, NW 3 - For a change of scene (together with CP) we left the flat lands for the trees on a proper winters day with the temperature just above freezing, patchy snow on the ground and a nippy wind out of the north, perfect for a morning in the forest looking for Crossbills. Indeed, only a short walk north from the car park we encountered around 30 chunky, orange and green finches with overlapping bill tips flying over the pines calling and settling down to sing and feed. The light was poor but they showed well enough through optics, especially the stunning adult males.
Also noted nearby were hundreds of Fieldfares and Redwings leaving roost sites, three Siskins, Coal Tit, Jay and Treecreeper, plus soaring Sparrowhawks later in the morning. However, an hour spent wandering through other sections of the wood proved to be largely devoid of bird life apart from a few tits, Goldcrests and a lone Nuthatch. 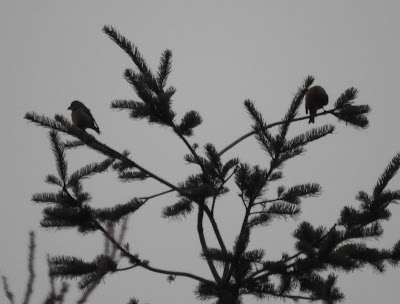 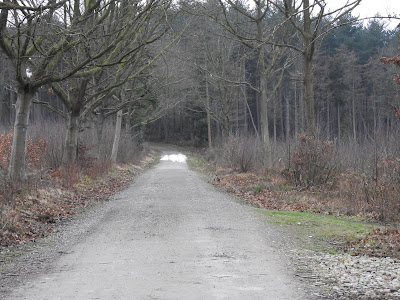 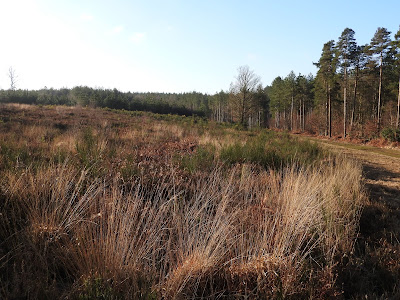 Shirley Moor - On the way home we drove along Moor Lane checking the bushes to see whether the shrike was still around, but without success. A smart Barn Owl roosting in a hedgerow was ample compensation, while five species of thrushes, several Yellowhammers and Reed Buntings, six Buzzards and four Kestrels also noted.
Posted by Paul Trodd at 09:02