Lade - cold, cloudy, light airs - Last night was easily the coldest night of the winter so far with the temperature down here on the coast dropping to -3C, fusing the pebbles together which made for treacherous walking across the shingle ridges. The result was also the first frozen margins on parts of south lake and around the willow swamp forcing a couple of Water Rails to forage out of the reedbeds. Two Goldcrests fed in scrub by the ponds along with a few tits and a Cetti`s Warbler, both woodpeckers were noted and a Buzzard sat atop the 30` mirror. Oddest sight of the day went to a cock Pheasant sitting incongruously in the crown of a hawthorn bush on the opposite side of north lake. There was no change to the wildfowl numbers. 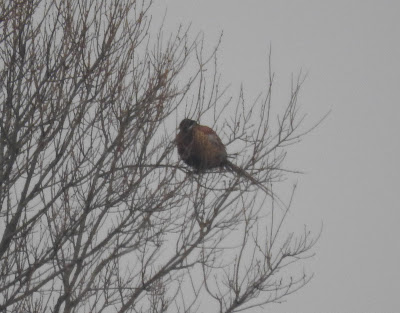 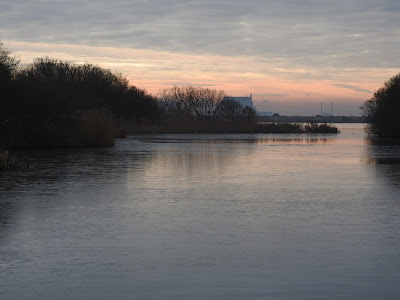 Dungeness - We walked down to The Patch where a low boil attracted a blizzard of gulls, but there was nothing of any note within their midst and along the beach. Apart from a few flocks of Cormorants and the odd grebe all was deadly dull on the sea too. The Trapping Area was likewise desolate. Roll on the spring...
Posted by Paul Trodd at 06:57