Dungeness - cold, dry and sunny, NE 4 - 0545 - 0745hrs - Another frigid, early morning seawatch from the point in the company of TG and MC, but not much to report on. However, one of the great visible migration spectacles that Dungeness has to offer is the spring Bar-tailed Godwit passage which  kicked off yesterday with over 600 birds recorded and continued today; many others were also reported elsewhere along Channel coast headlands from Portland to Cap-Griz-Nez. This late April/early May migration comprises some long-distance travellers that have wintered far to the south along the Atlantic seaboard of Africa. Most pass up the continental coast of north-west Europe as they head for their main refuelling station on the vast mudflats of the Wadden Sea, before eventually pushing on to their tundra breeding grounds in northern Scandinavia and Siberia. Also noted this morning a steady flow of Gannets, auks, Kittiwakes, Common and Sandwich Terns, plus a few Red-throated Divers, Fulmars, Common Scoters, seven Whimbrels and a smart pale phase Arctic Skua. At the Patch several Mediterranean Gulls amongst the melee along with passing Common Terns and the long-staying Iceland Gull. 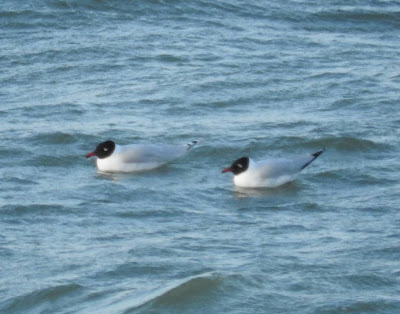 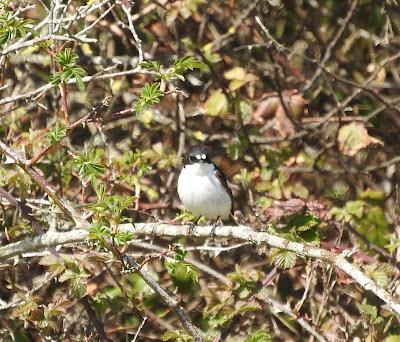 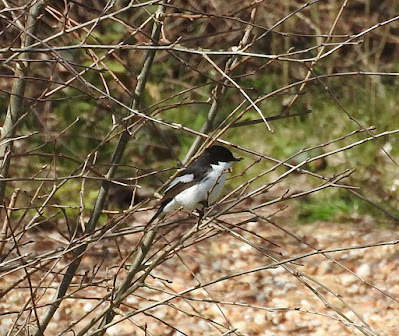 On the bird reserve at least 15 Whimbrels were on the fields at Boulderwall where the `resident` Glossy Ibis put in a brief appearance as it moved between feeding ditches. Despite the nagging wind plenty of singing Sedge Warblers and Whitethroats noted from the track, plus Swallows and Sand Martins over. A male Pied Flycatcher (found by JT) at the north end of Long Pits put on a fine display as it fed on the margins of a copse.