Dungeness - cool, cloudy, SW 3 - 0545 - 0745hrs - An early morning seawatch from the point produced very little of interest apart from two Arctic Skuas and a Black-throated Diver amongst a steady passage of Gannets, Common Scoters, Fulmars, auks and terns. This seems to be part of a recent pattern with slow going during the morning only for things to liven up during the afternoon as terns and skuas move through; as this aft when a one hour visit delivered five Arctic, two Great and a Pomarine Skua from the seawatch hide. 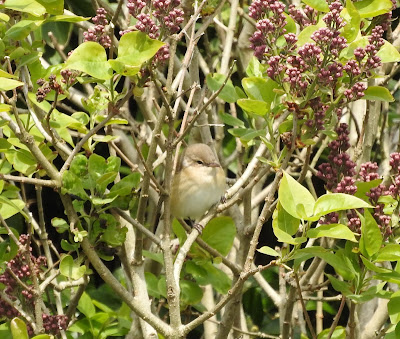 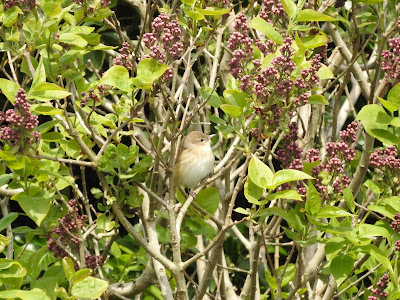 The wind picked up through the Beaufort scale during the morning as we circuited the local patch where c200 hirundines skimmed over south lake, and another 100 just after lunchtime over the causeway by north lake. Warbler and Cuckoo song was subdued in the blustery conditions and a flock of 20 Sanderlings was noted on the beach. Back home I heard a low babbling song coming from a lilac bush in the corner of the garden by the shed. At first I thought it was a Blackcap in sub-song but soon had a reappraisal after realising that it was, `going on a bit`, so grabbed the bins and camera and staked out the bush. Eventually, said songster popped up and into view revealing itself as a splendid Garden Warbler; better still it emerged from the foliage to greet the sun, take in the warmth and pose for a piccie, before being chased off by the local Dunnock nesting nearby. This was a first for the garden in 15 years! 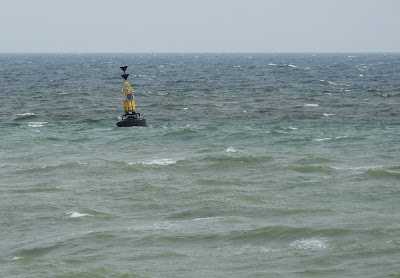