Lade  - A weekend of wet and windy weather on Saturday morning followed by warmer conditions once the front went through in the afternoon and more thunderstorms early and late today. A couple of seawatches at Dungeness delivered several Arctic and Great Skuas amongst the usual flow of Gannets, Common Scoters and Common Terns yesterday, plus a Mediterranean Gull within the settled terns and gulls on the beach in front of the Patch. 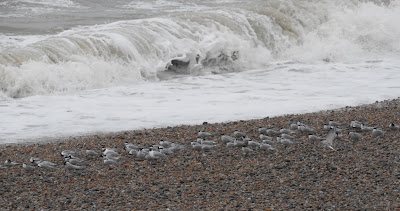 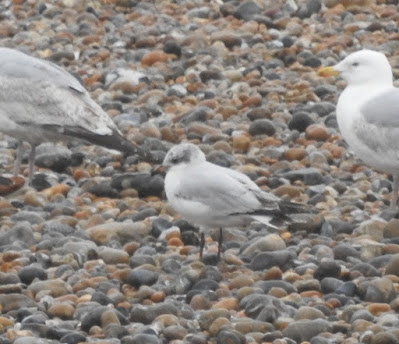 The local patch continues to produce a better than average showing of Garden Warblers and Lesser Whitethroats around the ponds than in recent years, along with our first and untypically elusive Spotted Flycatcher of spring. Otherwise it was a fairly predictable run of migrants across the peninsula today with the Glossy Ibis still on the reserve and at least three Poms through this morning, plus two Great Northern Divers (RW). 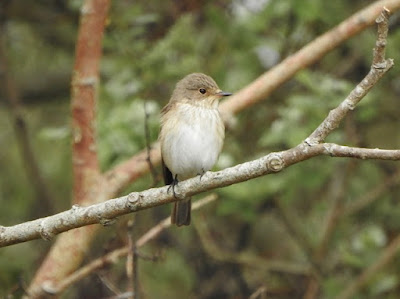 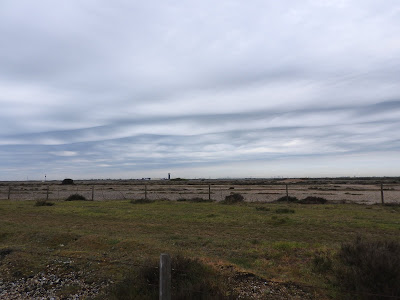 Gathering storm clouds over the Desert
Posted by Paul Trodd at 10:42