Dungeness - cool, cloudy, NW 3 - An early morning circuit around the point delivered a decent scattering of established breeders including Wheatear, Whitethroat, Stonechat, Black Redstart and Meadow Pipit all in song. An odd piece of behaviour meriting a mention came from two Black Redstarts cavorting about atop one of the highest pylon `arms`, something I`d not seen before at such a height, their `distress` may have been due to a male Peregrine sat atop an adjacent pylon. The Trapping Area harboured plenty of song from Chiffchaffs, Whitethroats and Blackcaps, plus several Willow and Garden Warblers and Lesser Whitethroats, and two Redpolls over calling. Out of the chill wind in the sun traps three Grizzled Skippers basked in the warming rays. A couple of visits to the north end of the Long Pits revealed brief bursts of song from a Wood Warbler and a Grasshopper Warbler (both scarce passage migrants here) while Pied and Spotted Flycatchers and Redstart were also reported in the general area today. From the access road to the visitor centre five distant Whimbrels were on the Boulderwall fields and a Hobby flew over Cook`s pool. Burrowes was quiet with most of the prime nesting islands and rafts already occupied by Herring and Lesser-black Backed Gulls. 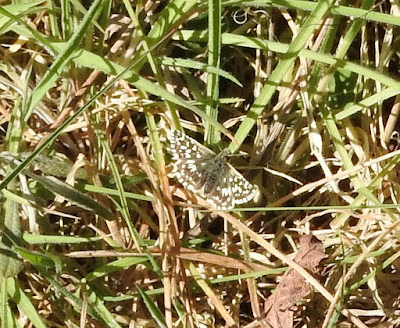 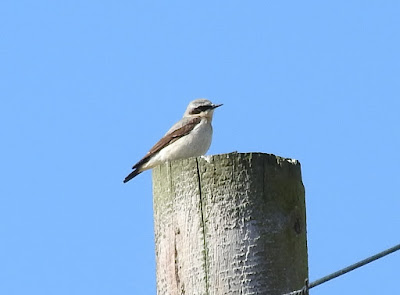 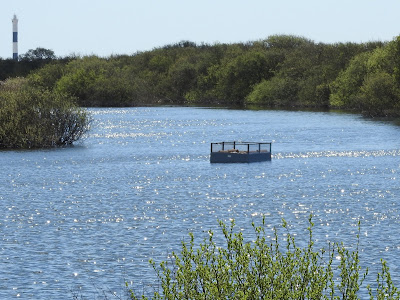 On the local patch DS found a Pied Flycatcher first thing by the ponds, this time a smart male which he managed to photograph. It became far more retiring as the day wore on and I only had fleeting glimpses of it in cover as the wind picked up this afternoon. More Willow Warblers and Lesser Whitethroats had also dropped in here and my first Hobby of the spring at Lade flew behind the wall `mirror` this afternoon. Many thanks to Dave for providing the superb pics below. 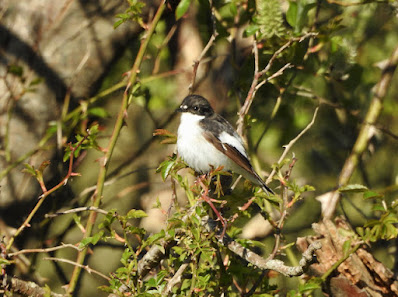 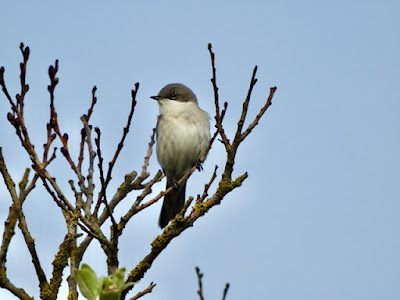 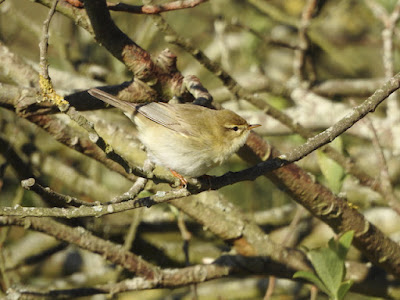