Dungeness - cool, sunny, cloudy later, W 2 - Spent today guiding across the peninsula for two guests from Whitstable during which time we clocked up 71 species of birds. We kicked off in good weather at the point where all the usual suspects were eventually located such as Wheatear, Black Redstart, Stonechat, Meadow Pipit, Linnet and Whitethroat. The Peregrine pair put on a fine display around the power station and a few common seabirds and a Mediterranean Gull were logged at the Patch. 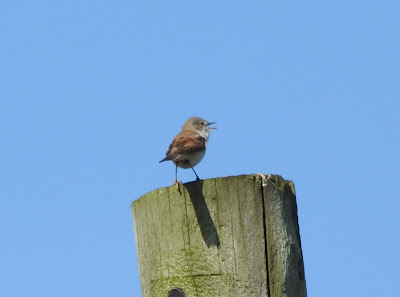 The afternoon was spent on the bird reserve where the highlights were two Bar-tailed Godwits on Burrowes, Great White Egret on the Boulderwall fields, a Glossy Ibis on ARC, a `reeling` Grasshopper Warbler by Scott lookout, a `booming` Bittern and Marsh Harriers at Hookers, Redshanks and Lapwing on the hayfields and at least a dozen Hobbies across the site. The islands and rafts on Burrowes are currently occupied by Herring and Lesser Black-backed Gulls resulting in an absence of Common Terns. Despite the recent lifting of indoor Covid restrictions elsewhere the hides remain firmly closed off due to a combination of nesting birds and an inability to make them safe. 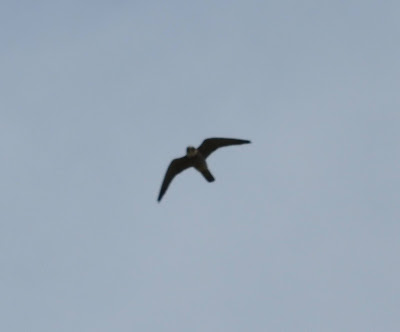 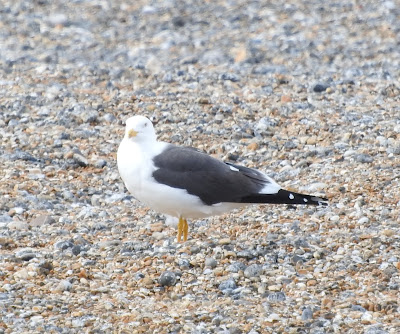 A phone call from local Lade birder Gary Johnson late this afternoon alerted me to a Red-rumped Swallow he`d just found on north lake amongst a large mixed gathering of hirundines and Swifts. I was soon on site for brief views from the causeway of what was my fourth Lade red-rumper in 15 years. Thanks Gary. Unfortunately, it didn`t stay for long and must`ve moved through with the rest of the birds that kept coming and going on the edge of rain showers.