Dungeness - warm, dry and sunny, SW 4 - Spent the day guiding for Mark and Maria from the West Midlands, my first outing since the easing of lockdown. We kicked off with a one hour seawatch from the Patch hide where plenty of Gannets, Sandwich and Common Terns were feeding offshore while a few Common Scoters and four Brent Geese moved up-Channel. The breeding Peregrines were active around A station where we watched the male dispatch a freshly caught feral pigeon. All the usual suspects were noted near the old lighthouse including Wheatears, Black Redstart, Meadow Pipit, Pied Wagtail, Linnet and Whitethroat. 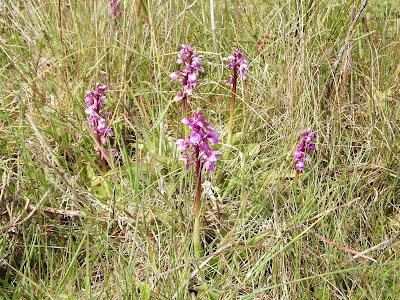 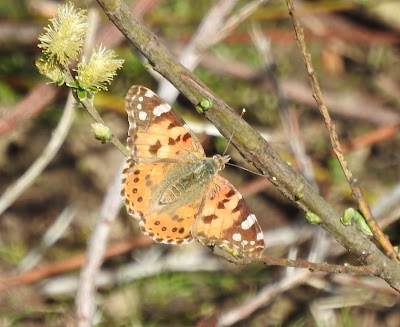 Moving onto the bird reserve where at Cook`s pool two Whimbrels, Great White and Little Egrets and the usual warblers were noted. The first of at least ten Hobbies seen throughout the afternoon hawked St Mark`s flies over the water along with a couple sat on the grass taking a breather. Around the circular trail more Hobbies and scrub warblers noted including several Lesser Whitethroats. On the hayfields two Greenshanks, four Redshanks, a pair each of Gadwall and Shoveler, ten Shelducks, various feral geese and a very brief Golden Plover in near breeding plumage. From the ramp `pinging` Bearded Tits, Marsh Harrier, Cuckoo and Kingfisher. Over the road on ARC we located the long-staying Glossy Ibis at the south end of the lake, nesting Black-headed Gulls, a calling Green Woodpecker, 100 Swifts and all three species of hirundines. Also seen today, and part of a widespread influx that seemed to commence yesterday, several Painted Lady butterflies.