Lade - cold, cloudy, NW 3 - By heck it was cold first thing as we trudged across the shingle ridges towards the lakes, fully booted and suited against the polar air flow, with the dogs in tow. There was little to see on a largely barren south lake apart from the usual breeding waterfowl and a party of Swallows hurrying north. However, as we approached the shelter of the ponds the sun broke through elevating the temperature and revealing a host of warblers comprising eight species. Most vocal and numerous were Whitethroats, Sedge, Reed and Cetti`s Warblers, followed by a couple of Blackcaps and Chiffchaffs and singles of Willow Warbler and Lesser Whitethroat; a veritable warbler fest and one of the best concentrations I can recall in recent springs. A distant Cuckoo joined in the cacophony of song as the warblers picked off flying insects released from their torpor by the sun; all we needed now was a `cherry on the bun`. Cue Pat and, "What`s that small bird over there with black and white wings? Probably a Chaffinch", said I. "Err, no better still make that a female Pied Flycatcher!" and only my second spring record here! Another visit late afternoon and the flycatcher was still in the same spot remaining faithful to a lone birch tree and seemingly able to feed in the cold air. 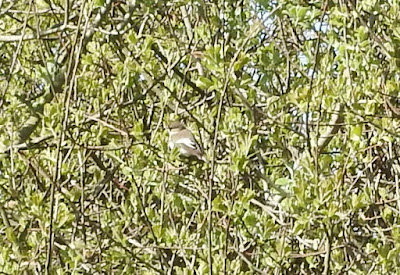 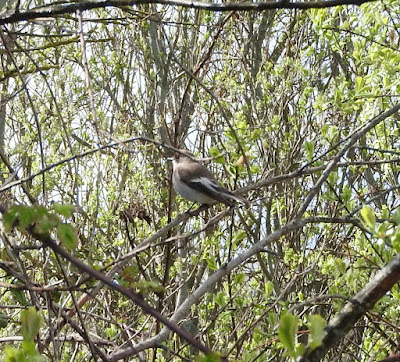 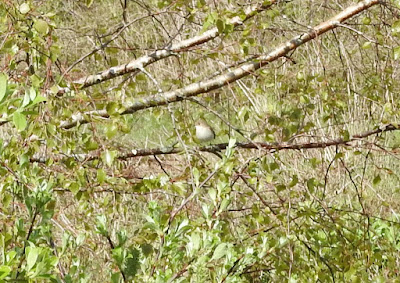 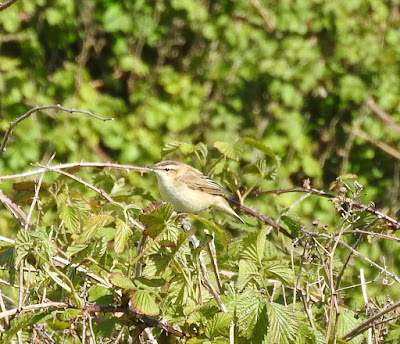 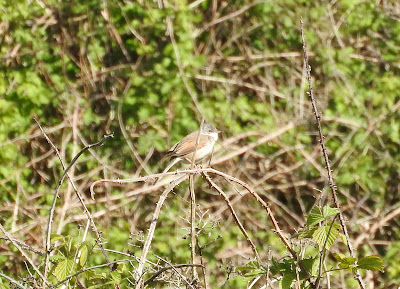 A tramp outback at Scotney with the wind picking up, thunder and lightening and on the edge of a hefty shower or two produced 20 Avocets, two Greenshanks and a Little Ringed Plover on one pit and a Little Gull amongst a flock of Black-headed Gulls on another pit. Several Yellow Wagtails and Corn Buntings also noted along the way, plus two Buzzards, five Shelducks, two Shovelers and a Little Egret.