Dungeness Seawatch - 0545 - 0745hrs - cold, cloudy, light airs - Another frosty start to the day heralded a slow seawatch from outside the hide in the company of CP and MC. Plenty of Gannets, Common Terns and gulls were milling about offshore feeding, with some of the terns eventually moving through. Up-Channel movement comprised 80 Common Scoters, eight Whimbrels, six Barwits, two Arctic Skuas and two Black-throated Divers of note, plus two Fulmars down and two Greylags inbound. At least three Pomarine Skuas went through later in the morning (MC). 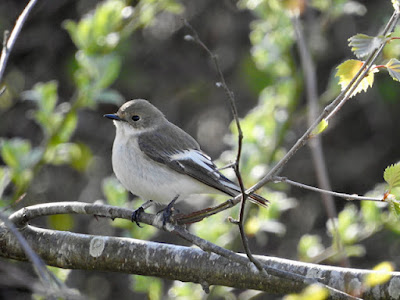 A check of the local patch failed to relocate yesterdays Pied Flycatcher at the ponds, which was a ringed bird as shown in Dave Scott`s superb photograph above. A late afternoon shower brought down 20 Swifts and 100 hirundines over north lake. 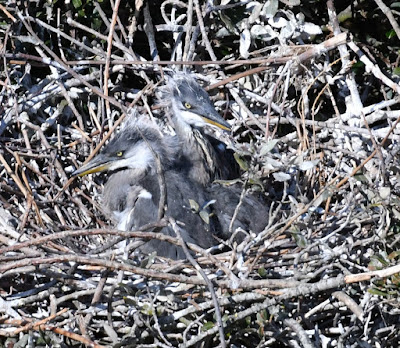 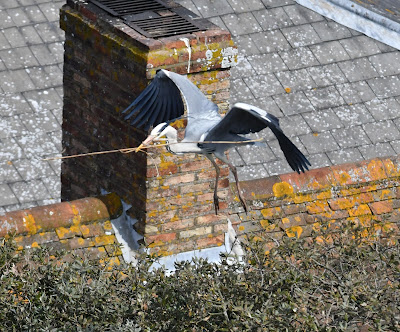 Whilst I have been unable to survey the Lydd heronry again this year it has been good to hear from church wardens Les and Pat Carter. From their lofty perch atop the tower it seems that all is well across the heronry with plenty of comings and goings and well-grown`branchers`.