Lade  - cold, dry, sunny, ne 7 - The wind swung round to the north-east yesterday evening, picking up during the night to gale force and rattling the windows around the old cottage. It is the most savage of wind directions down here and made for the coldest day of the winter so far, despite the bright sunshine. As a result the open water on the lakes were largely devoid of wildfowl as they took shelter in the willow swamp.
ARC - It was a similar picture here, although surprisingly a couple of Bearded Tits showed low down in the reedbed in front of Screen hide. Also noted hugging the margins, two Goosanders and a Smew, plus Marsh Harrier and Great White Egret overhead.
Walland Marsh - From the comfort of the car the wild swans showed well close to the lane near Horse Bones Farm, grazing the winter wheat and drinking from a small flash in the field. I counted 86 Bewick`s and one Whooper Swan. 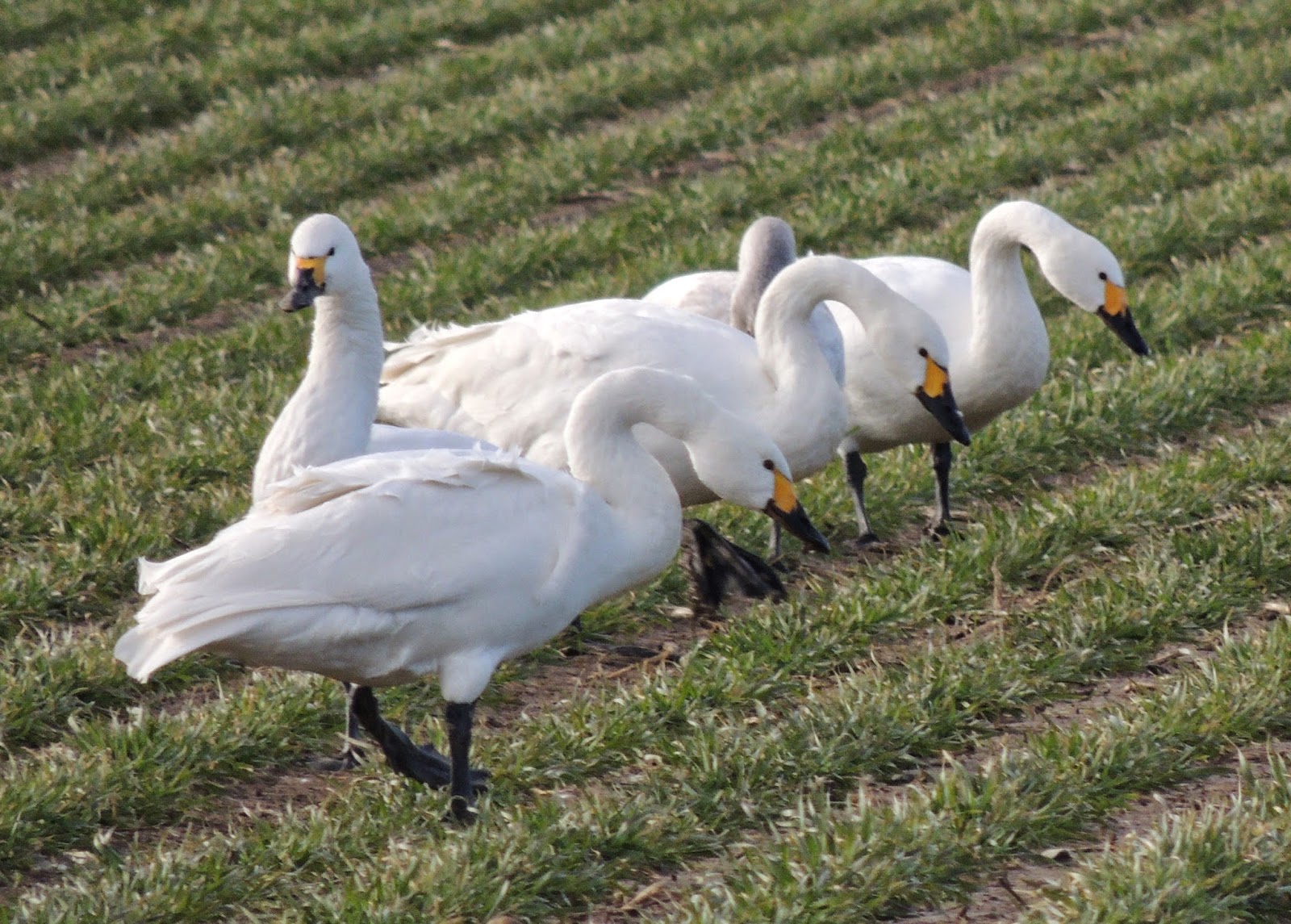 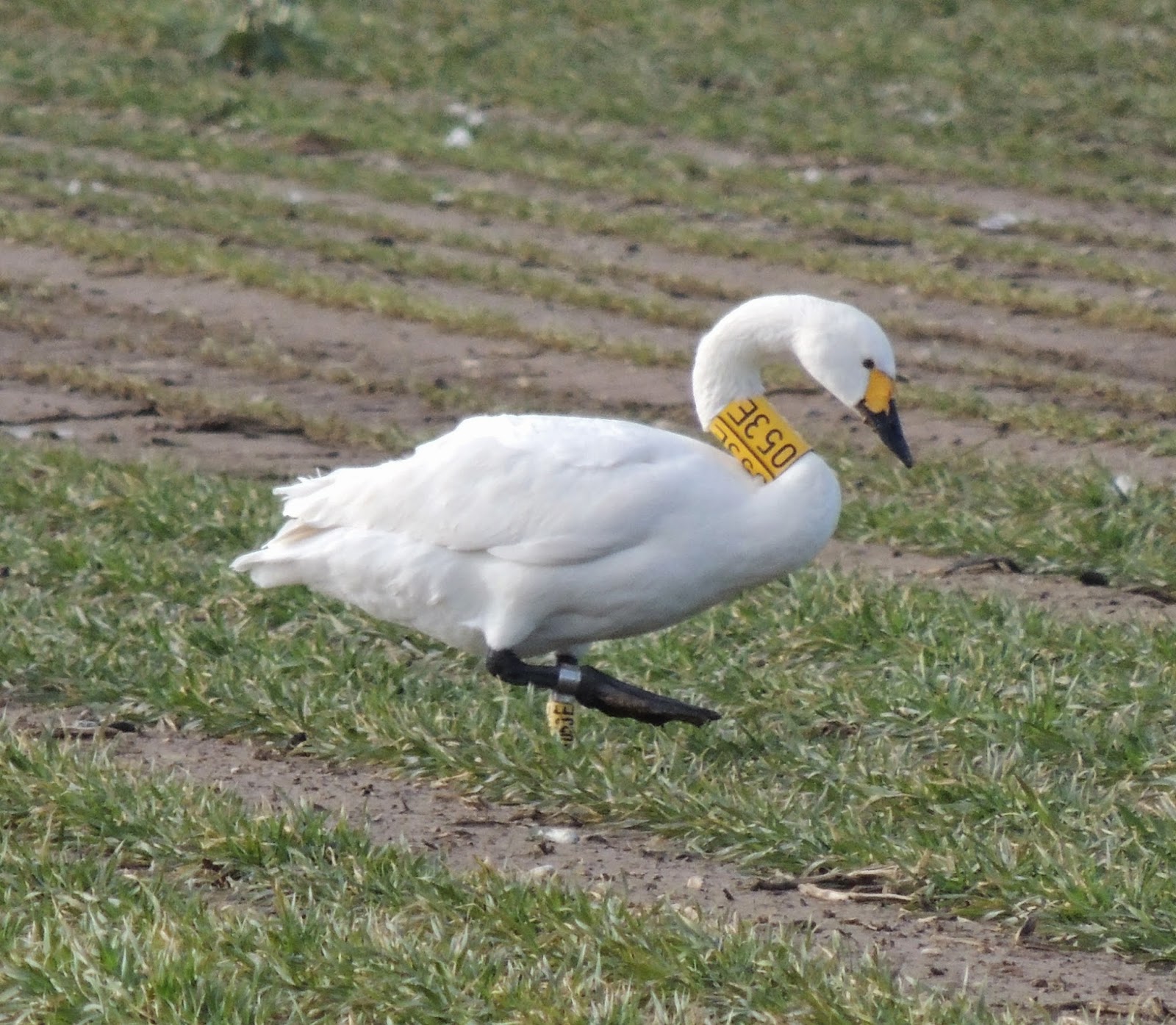 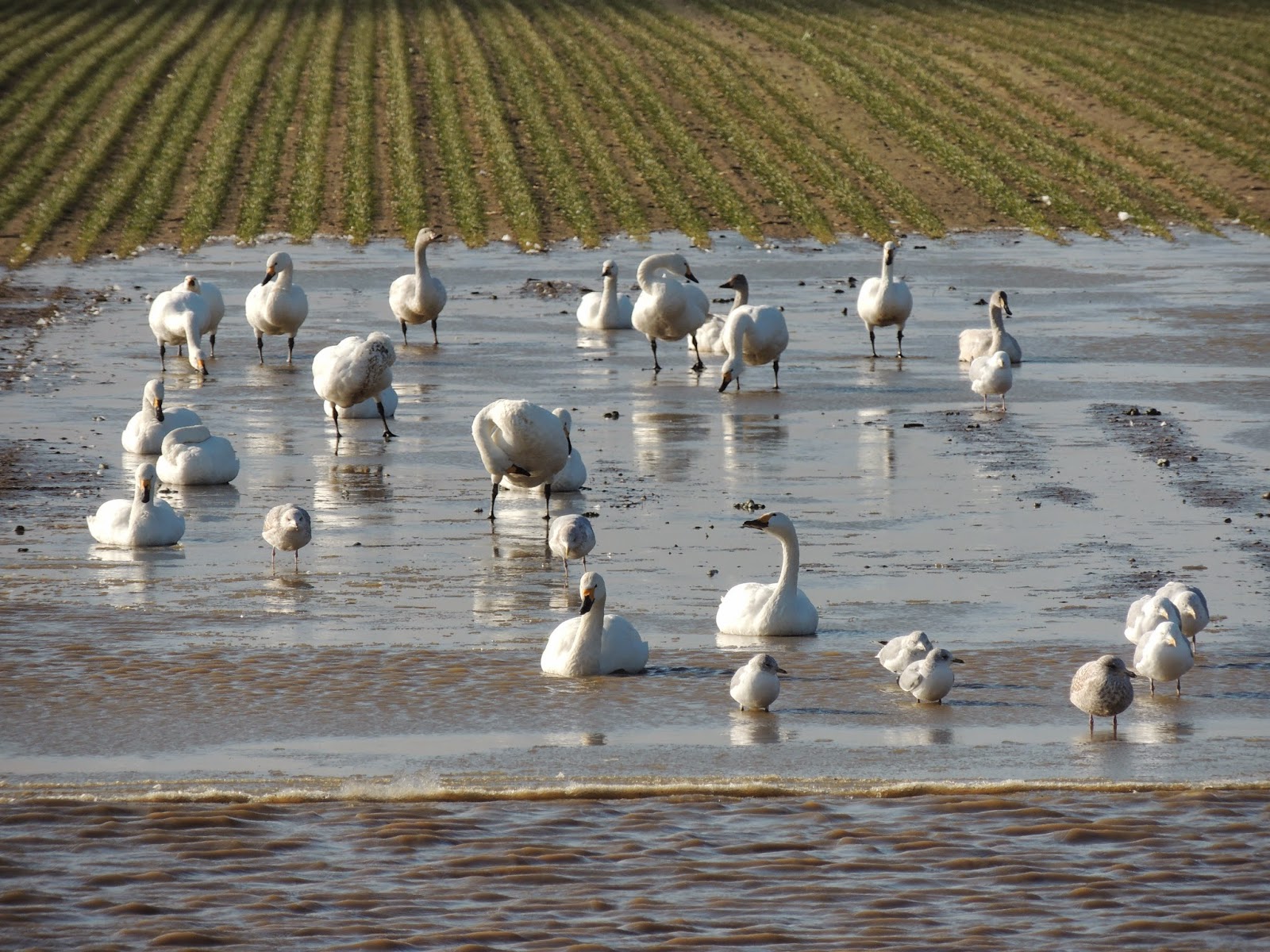 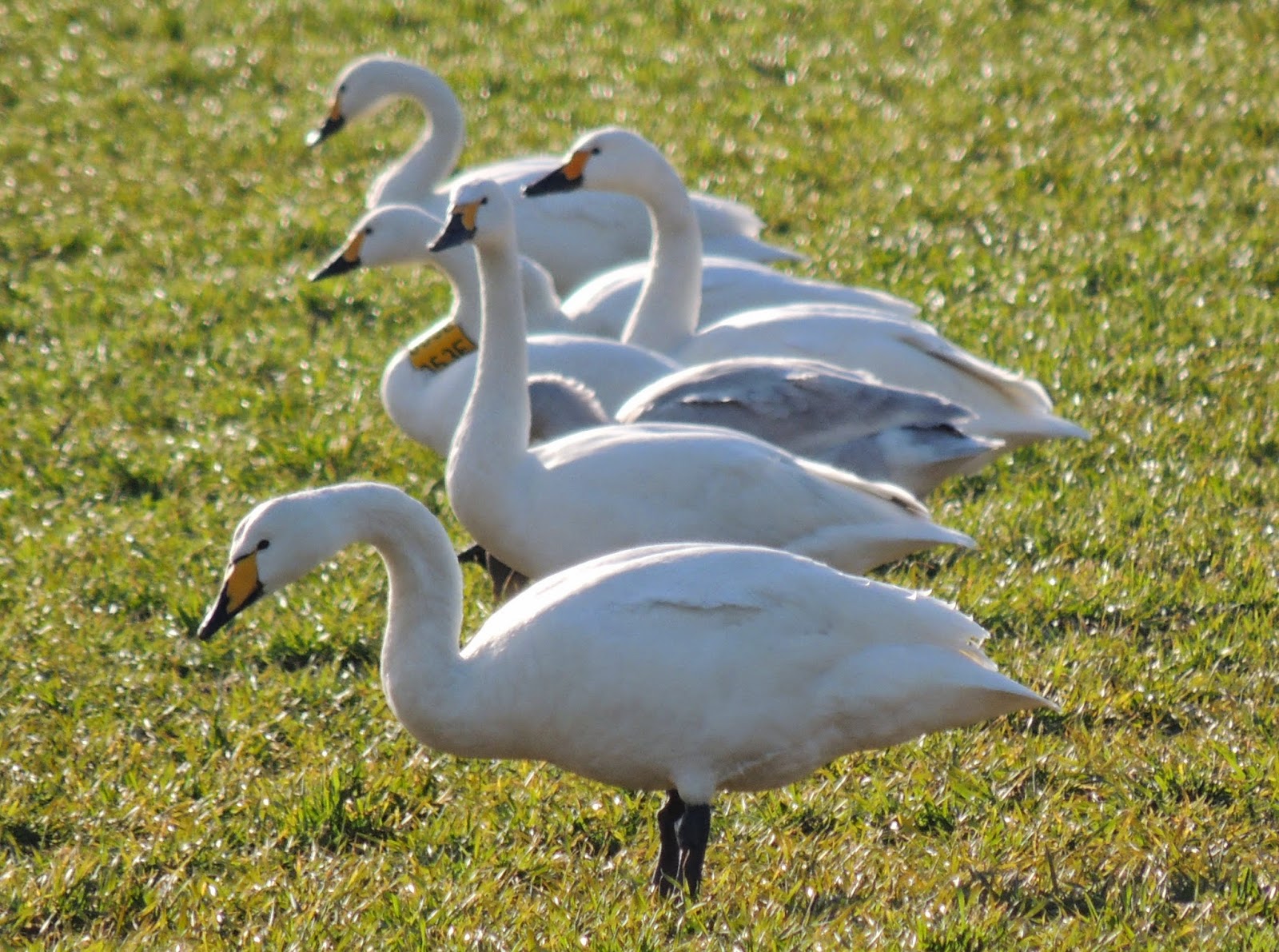 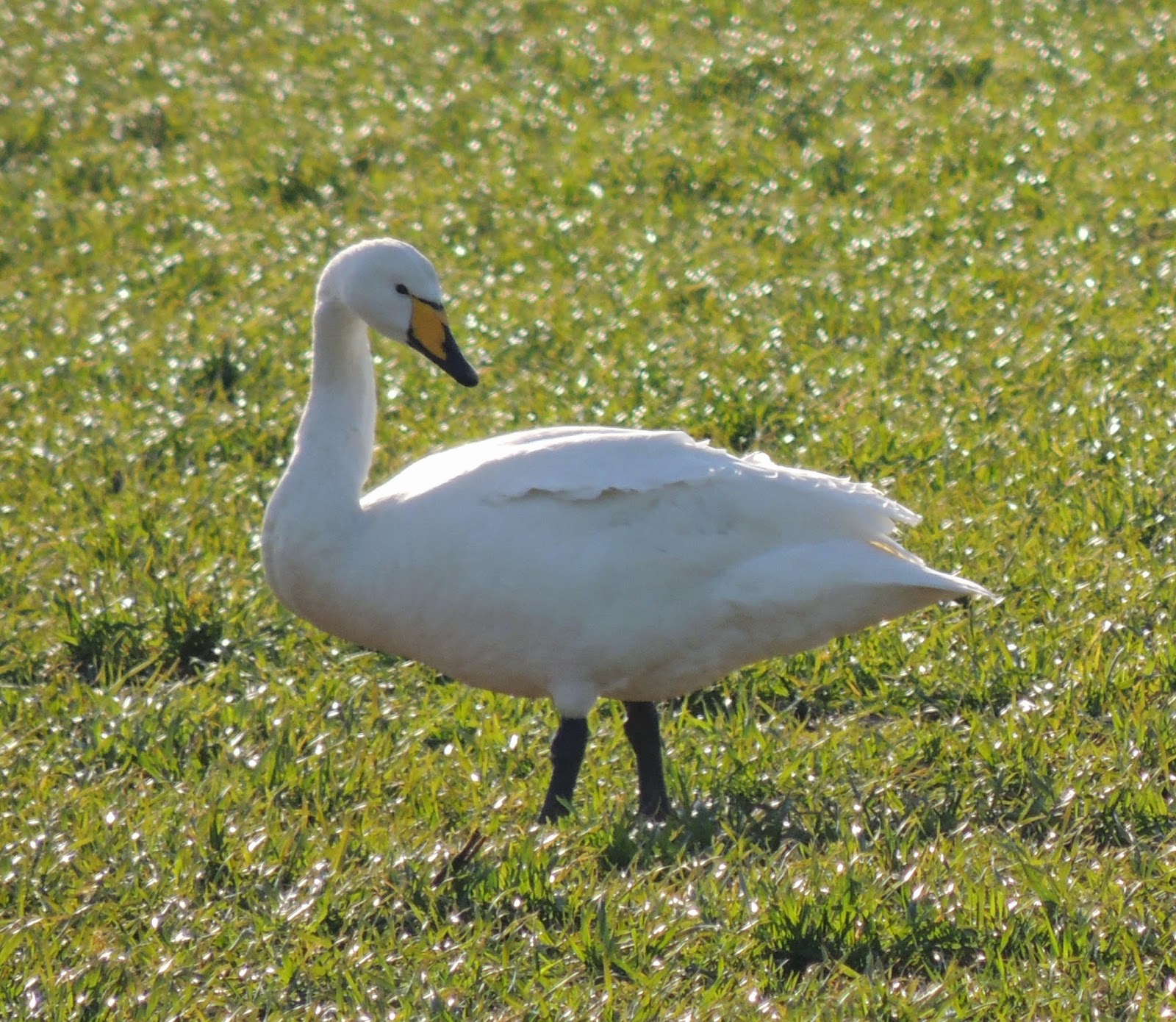 Scotney - Plenty of wildfowl here plus two Tundra and 20 White-fronted Geese amongst the feral Greylags and Barnacles. The 1st winter Scaup was sheltering within a Wigeon flock by the double bends, while the three Black-necked Grebes were at the Scotney farm end.
Burrows - All the usual wildfowl on the lake including Smew, Pintail and a Black-necked Grebe, The fields at Boulderwall attracted 50 Curlews and a Great White Egret.
Apparently, the blasting north-easterly is due to relent overnight, hopefully...
Posted by Paul Trodd at 09:03