Lade - cold, dry, sunny, sw 4 - Having not visited the local patch for almost a week we spent a bit of time this morning giving it a going over, including the beach. On the lakes it was a case of, `as you were`, minus the Goldeneyes and Smew, so nothing of note apart from a pair of Oystercatchers that appear to have claimed the nesting territory on the scaffold island. Cutting back along the foreshore a decent crop of waders were being pushed close to shore on the incoming tide, all the usual stuff plus a count of 32 Ringed Plovers, which were most probably migrants as rarely are there any more than 10 knocking about during the winter on the bay. 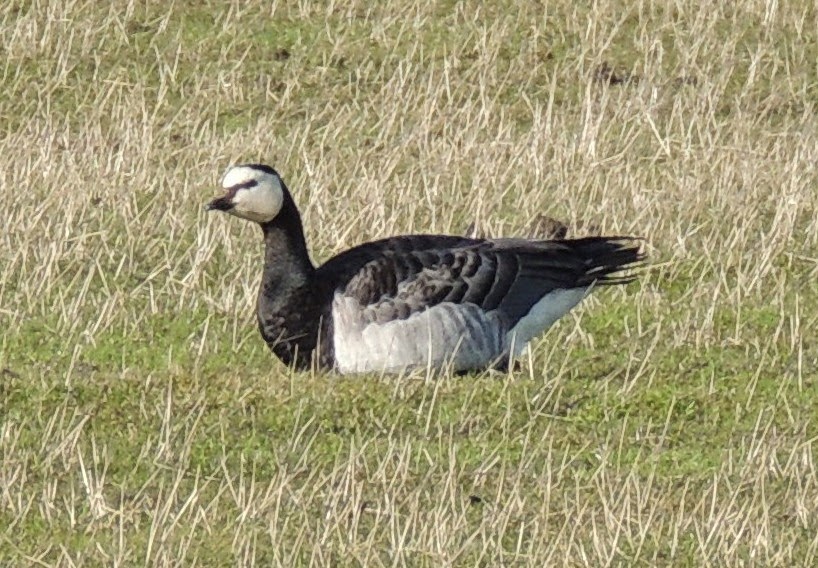 Scotney - This afternoon, in blustery conditions, we spent some time checking out the waders on the grass from the lay-by where at least 26 Ringed Plovers were present, confirming that these also were  probably passage birds along with the ones on the bay earlier. Its always worthwhile giving plover flocks a grilling for an early LRP or even a KP; well, I can dream... However, its the old story that the longer you look the more you see, particularly here with all the dips and folds in the pasture and over the course of an hour the colour ringed Little Stint eventually put in a brief appearance before disappearing over the brow towards the lake. Other waders included single figures of Dunlin, Redshank, Curlew, Oystercatcher and a Knot, while the lonesome Barnacle Goose was still in the field by the farm entrance. 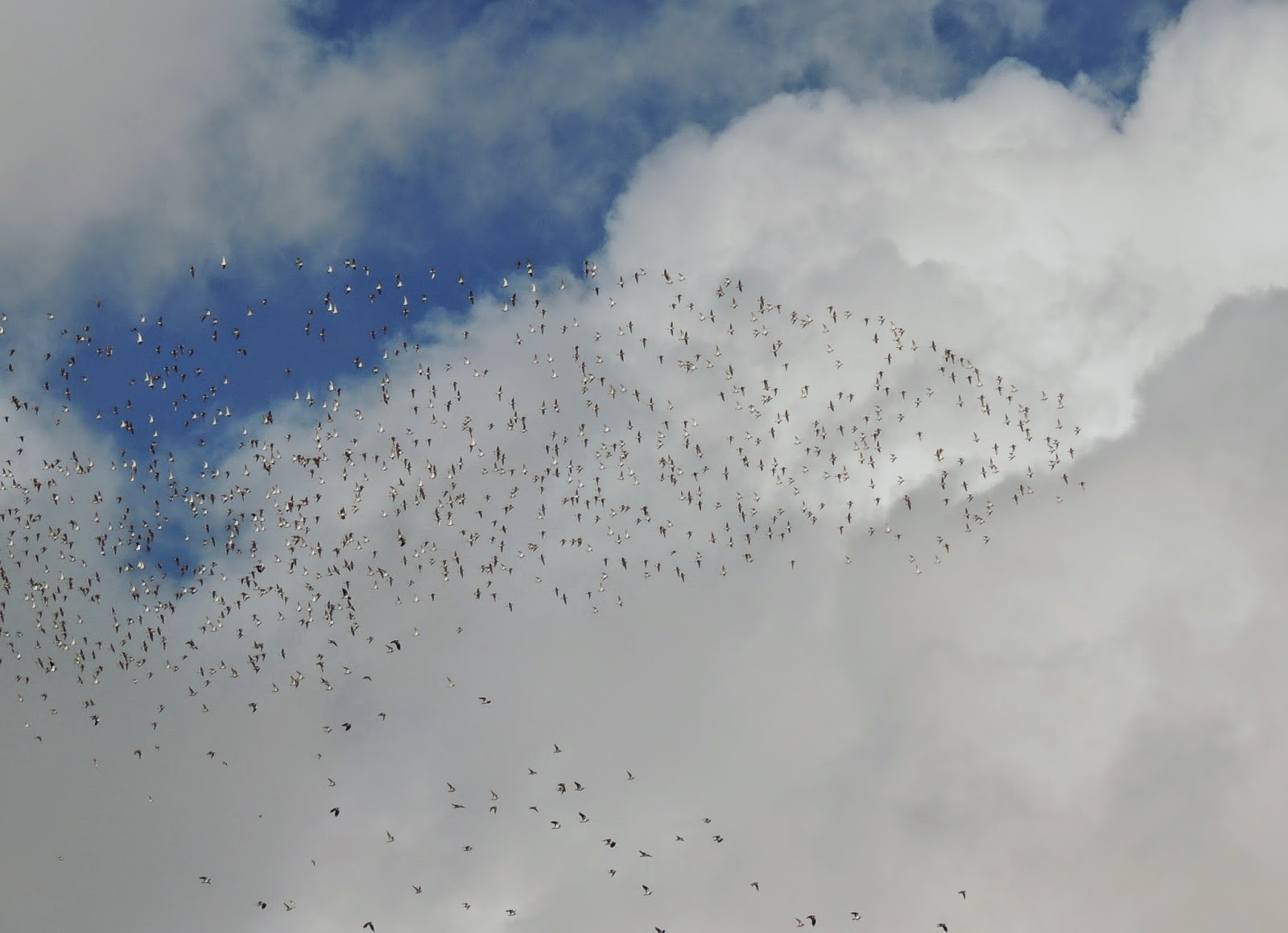 There`s a couple of Peregrines up there somewhere!

Cockles Bridge - Scanning the skies back towards Boulderwall was indeed a sight to behold with thousands of Golden Plovers and Lapwings billowing into the clouds as a result of two Peregrines. The wind had really picked up by late afternoon but the falcons were perfectly at home riding the air currents and diving amongst the plovers. A terrific spectacle and as the raptors drifted away over towards the airport the waders flopped back down again covering the grazing fields with birds.
Posted by Paul Trodd at 09:30