Dungeness - 0830hrs - cold, cloudy, n 2 - A bitter cold day with temperatures just about getting above freezing with occasional wintry showers. We checked out the Patch first thing which had plenty of gulls over the boil and on the beach, but nothing of any note. The new sea defences were still being installed in front of B station while at A station the main structure was being dismantled.
Out to sea a few Gannets passed down-Channel. 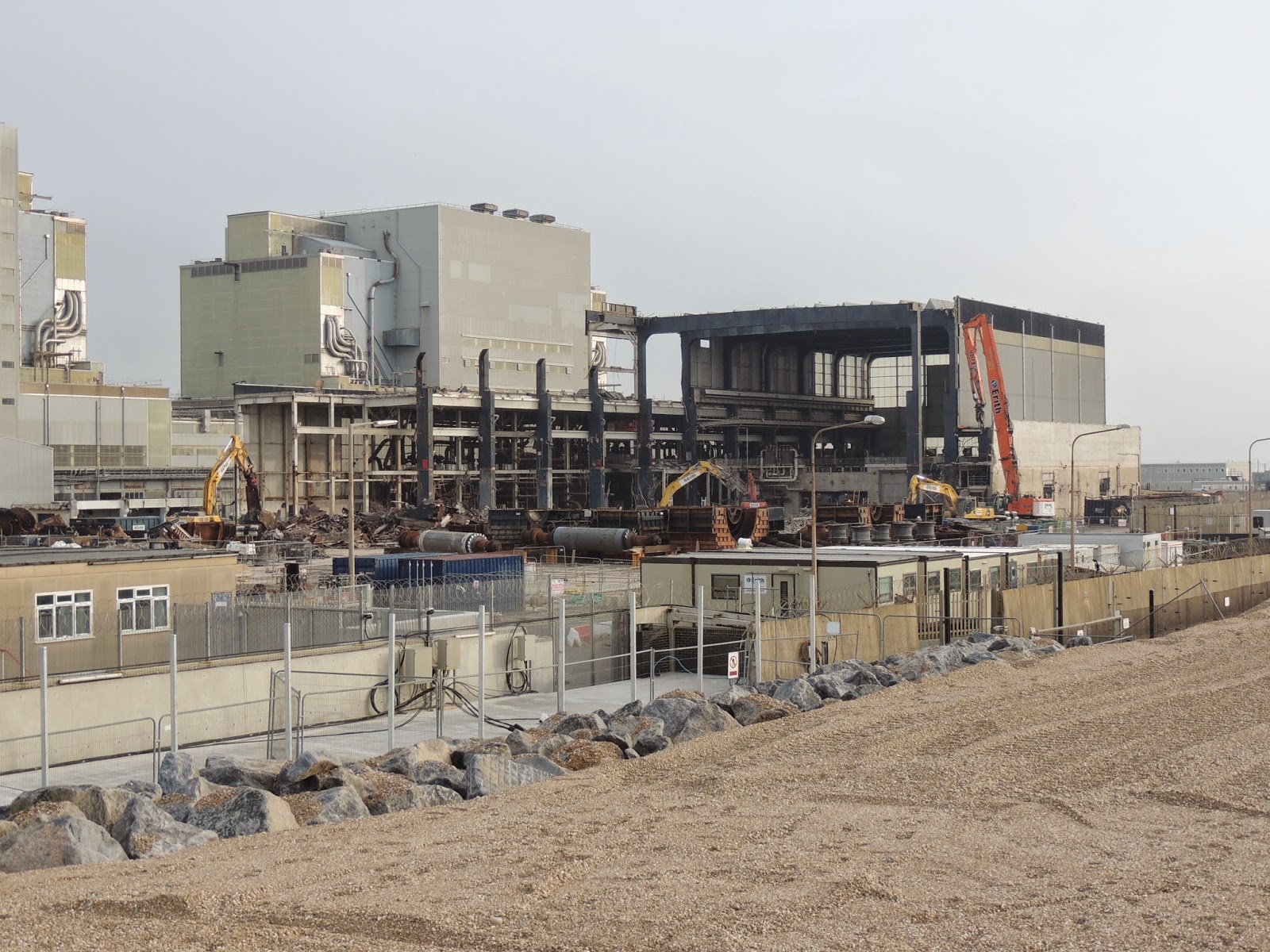 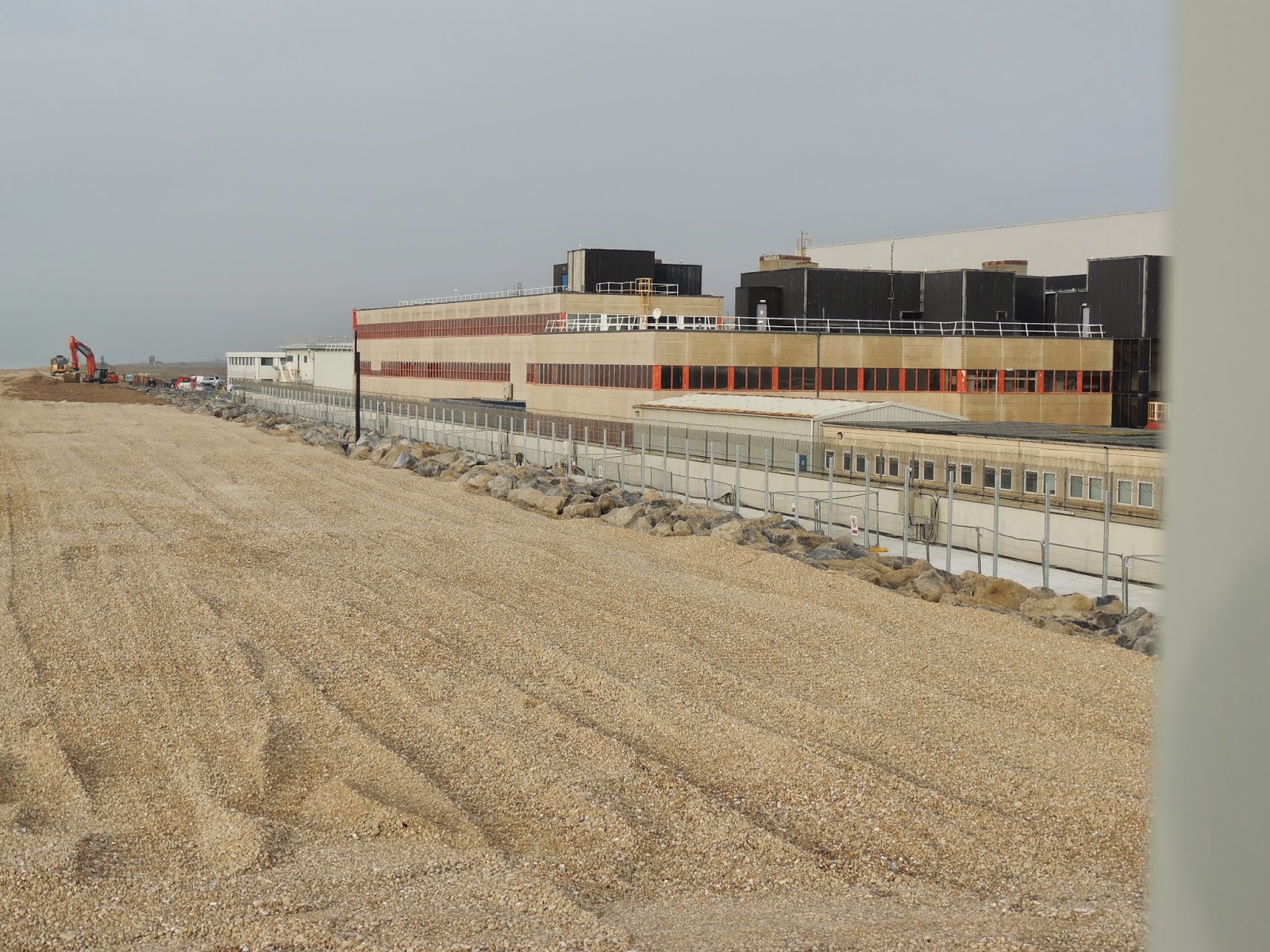 Lade  - A redhead Smew was on south lake along with four Goldeneyes and all the usual wildfowl, while a Buzzard perched on the wall `mirror` was constantly pestered by Magpies.
Hythe - On the way back from Folkestone this afternoon I called in at Stade Street sea front where three Purple Sandpipers showed well in watery sunshine on the concrete blocks picking over a patch of bright green sea weed. There was precious little else though due to diggers shifting shingle along the beach. 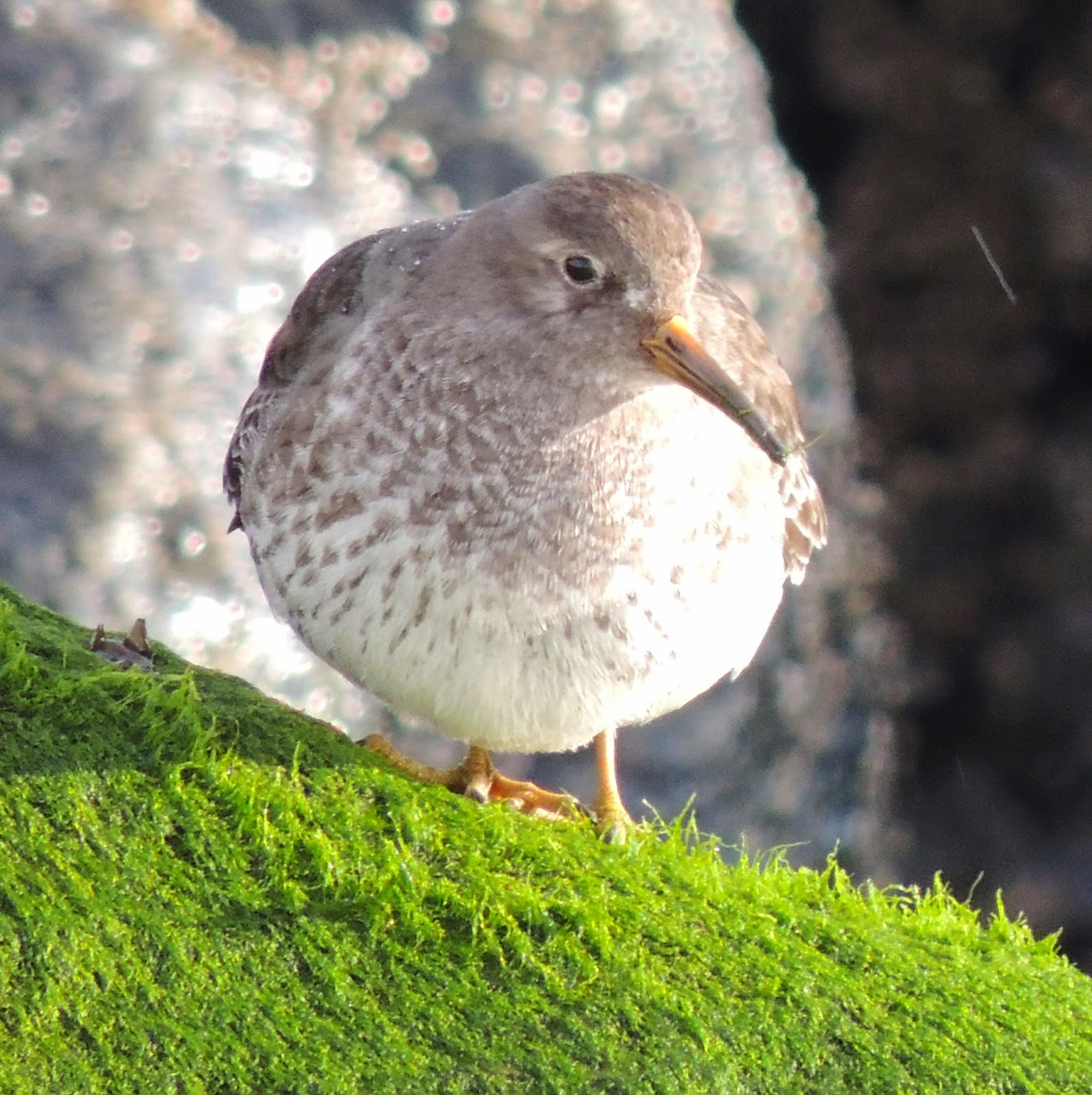 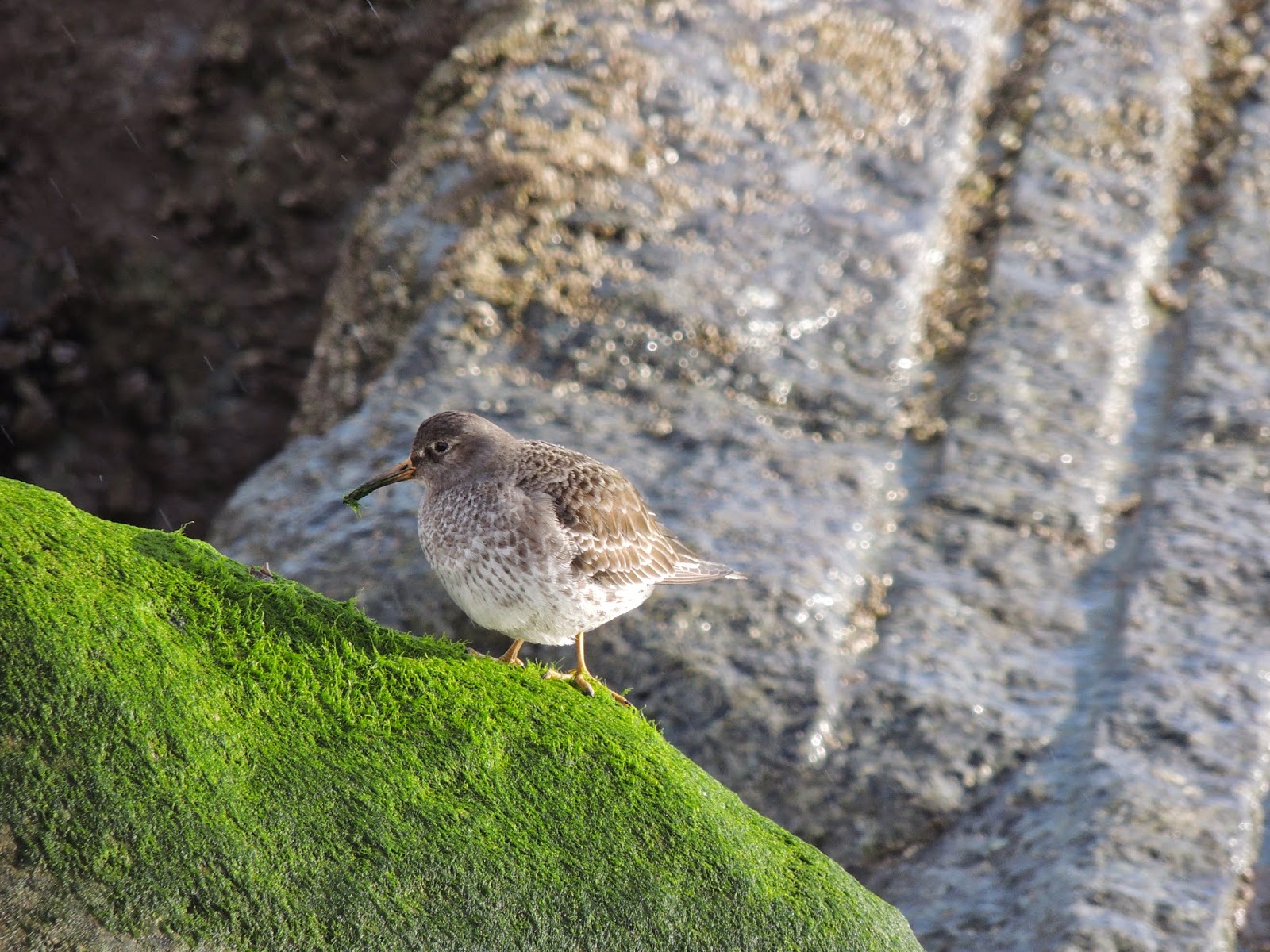 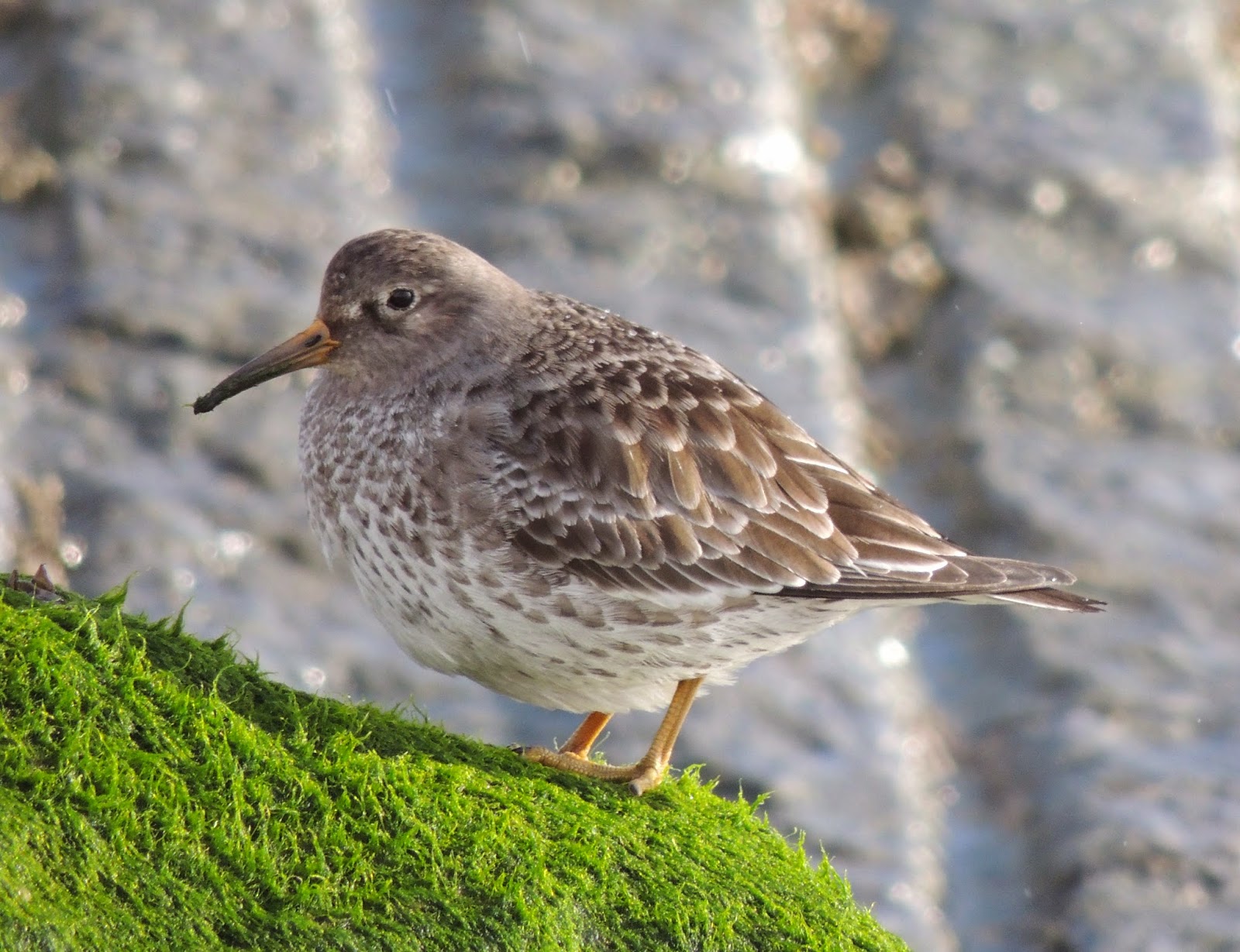 Willop Basin, Dymchurch - From the sea wall the fields and paddocks held nothing much more than a few gulls, corvids, swans, Lapwings and Fieldfares. On the sea a small flock of Great Crested Grebes and singles of Common Scoter and Shoveler was about all I could muster.
Posted by Paul Trodd at 11:35