Elmley, Sheppey - cold, sunny, showers, ne 4 - Spent the day on the island, or more specifically at Elmley, researching for a Countryman article. The weather for the most part was bright sunshine and blue skies, but with a biting wind coming off the North Sea making for runny eyes and nose.
I haven't been here for a while, and certainly not since the former RSPB section has been absorbed back into the farm. So, what`s changed. Well, apart from the signage, not a great deal, the good work that the Society has carried out since the 70`s is being continued today, plus there have been some  improvements to footpaths and the addition of a screen shelter overlooking the Swale.
For me this place has always been about the spectacle and today did not disappoint with the wet meadows packed out with waders and wildfowl, many roosting while the adjacent mudflats were covered at high tide. The numbers present were truly staggering with thousands of Lapwings, Golden Plovers, Curlews and Redshanks making up the bulk, plus hundreds of roosting Dunlins, Sanderlings, Grey Plovers and Barwits. I counted one flock of 400 Blackwits and another of 50 Ruff and 30 Avocets, in all 15 species of waders, including a Little Stint from Wellmarsh hide. As for wildfowl there was masses of Mallard, Wigeon, Teal, Shoveler and Shelduck, plus Brents and a flock of 50 White-fronts; I certainly would not want to do the WeBS count here!
The long walk out to the hides delivered Rock and Meadow Pipits, Stonechats, Skylarks and Goldfinches, Reed Buntings and a flock of 20 Corn Buntings in game cover along the access road. As for raptors I reckon I saw at least 20 Marsh Harriers, two ringtail Hen Harriers, Peregrine, Buzzard and Kestrel. 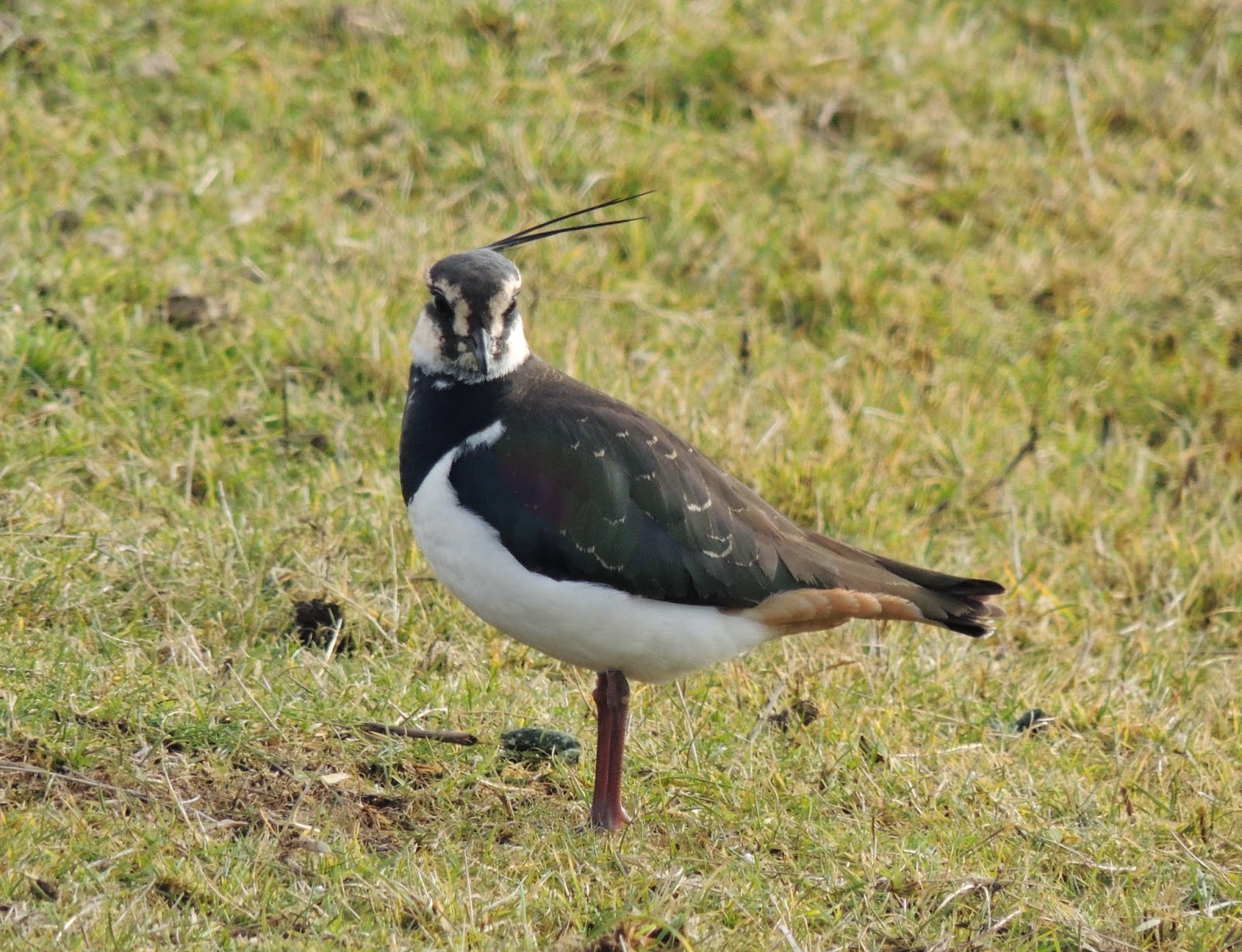 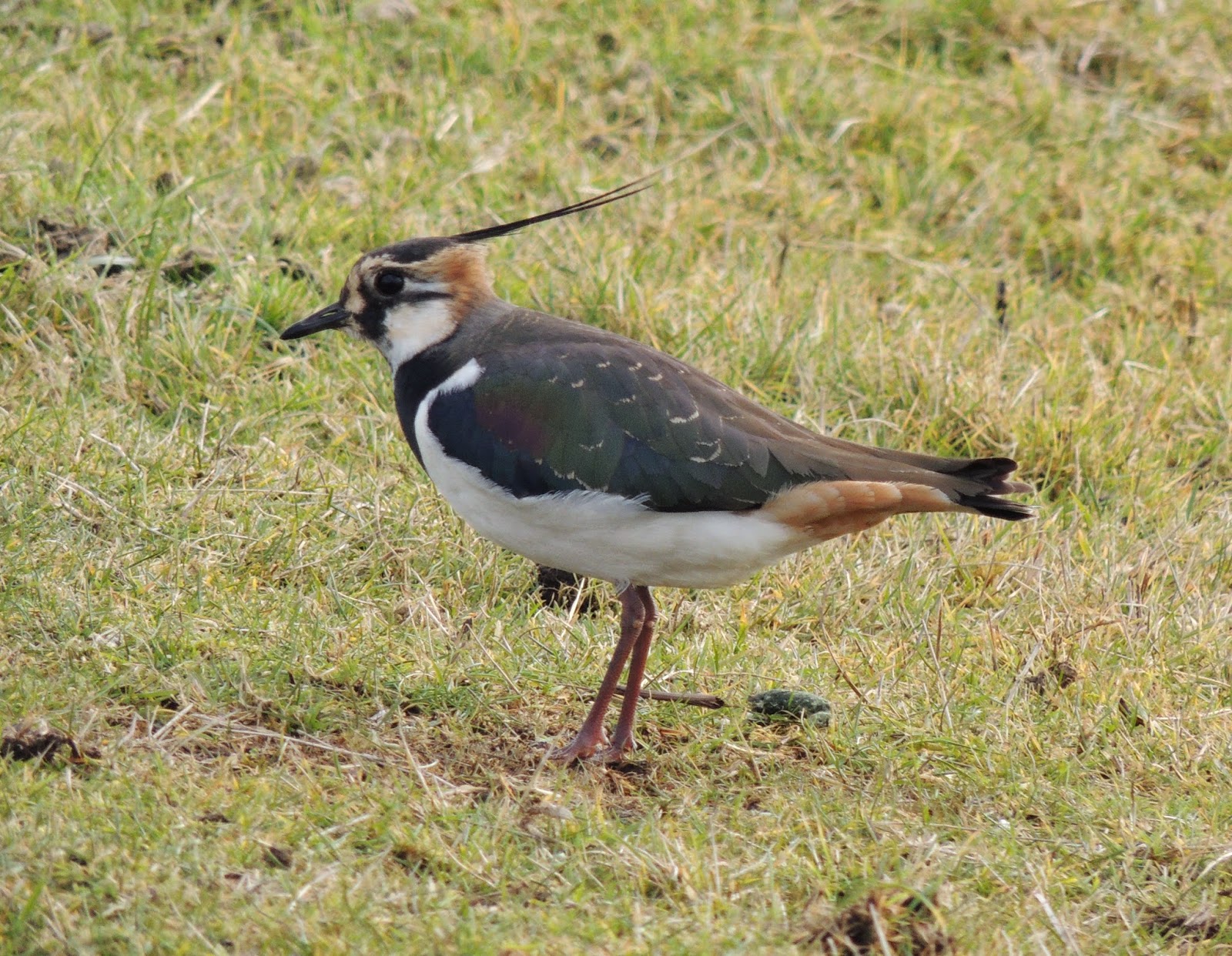 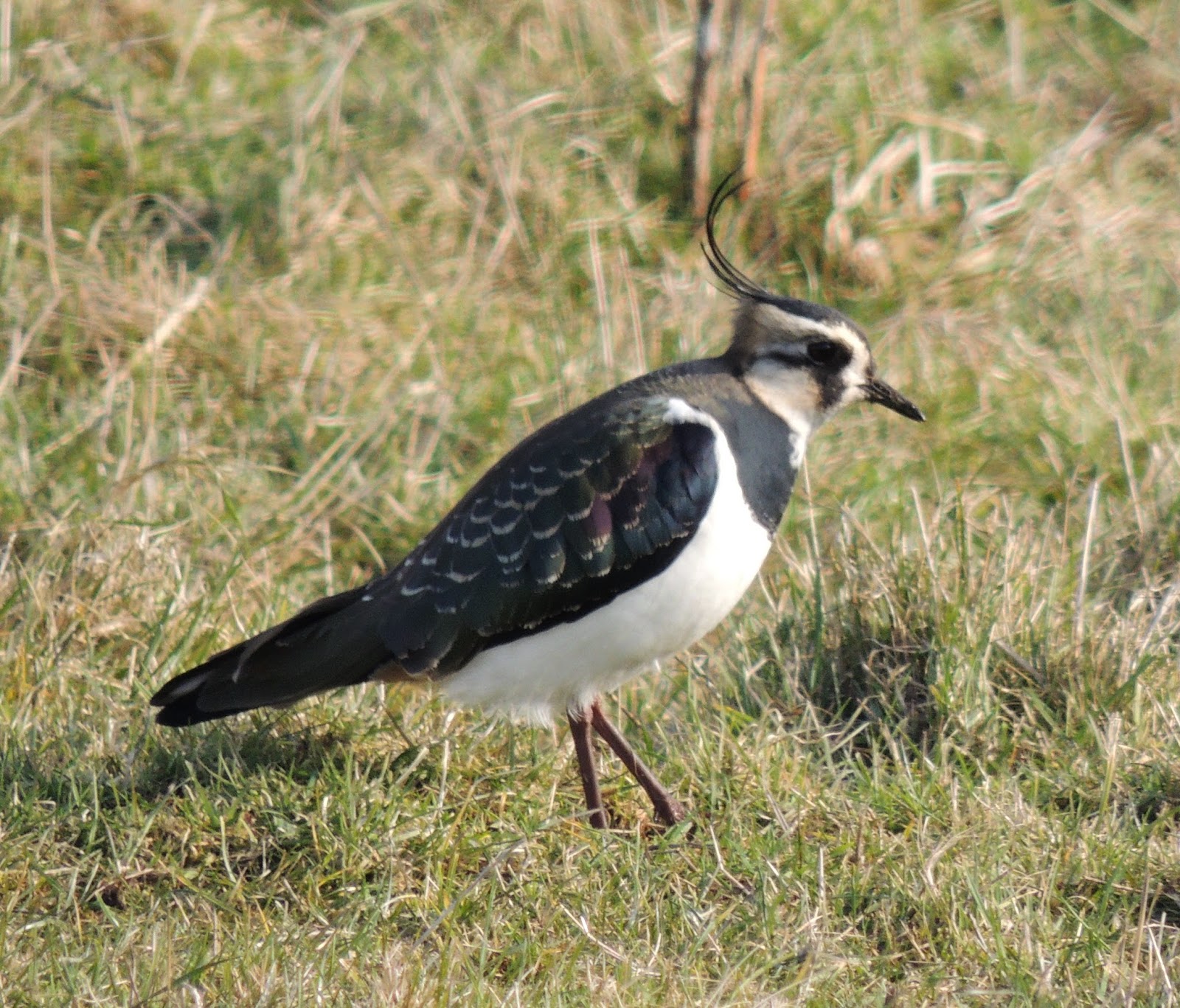 In the afternoon I met Gareth the farm manager and amongst the topics of conversation was the dramatic improvements to Lapwing fledgling numbers since the entire 3,200 acres at Elmley has come under the new management teams` jurisdiction. The results are mainly due to rigorous (and legal) predator control, combined with effective ditch fencing to deter foxes (see pic below). Breeding Redshanks too have benefited, along with increasing numbers of Avocets.
So, the future looks bright for the Lapwing at Elmley and I look forward to visiting again in the spring when the fledglings are out and about. 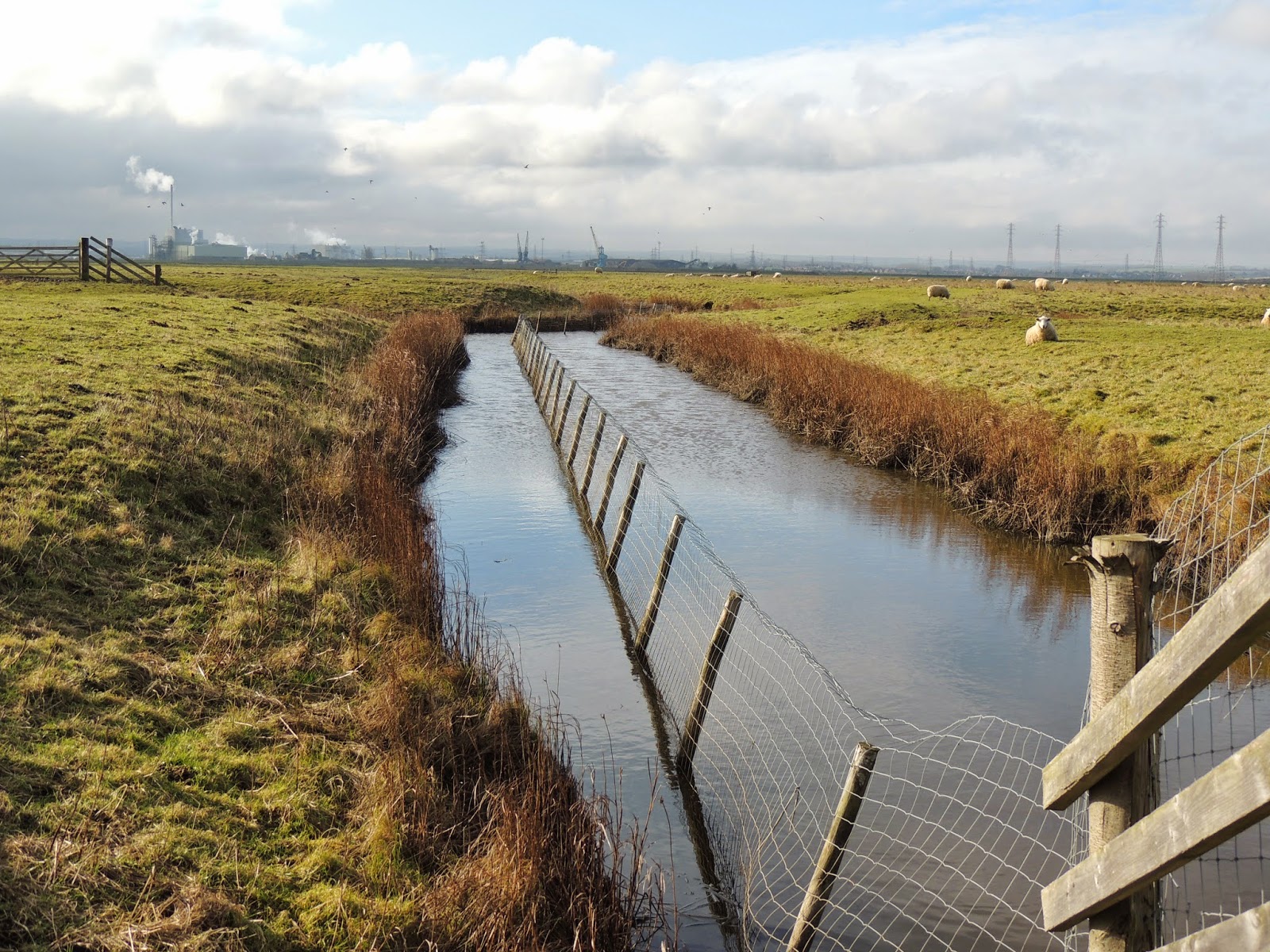 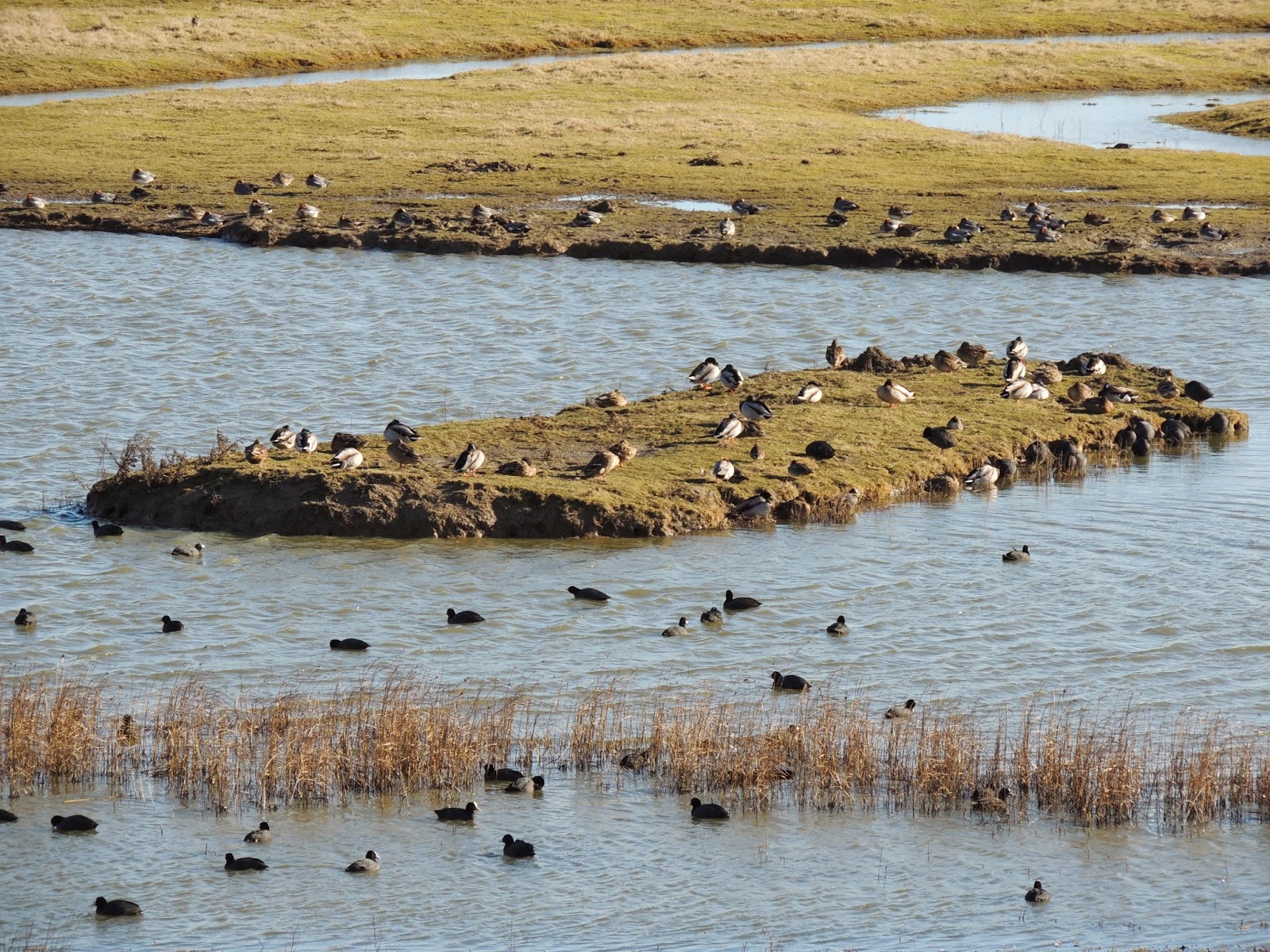 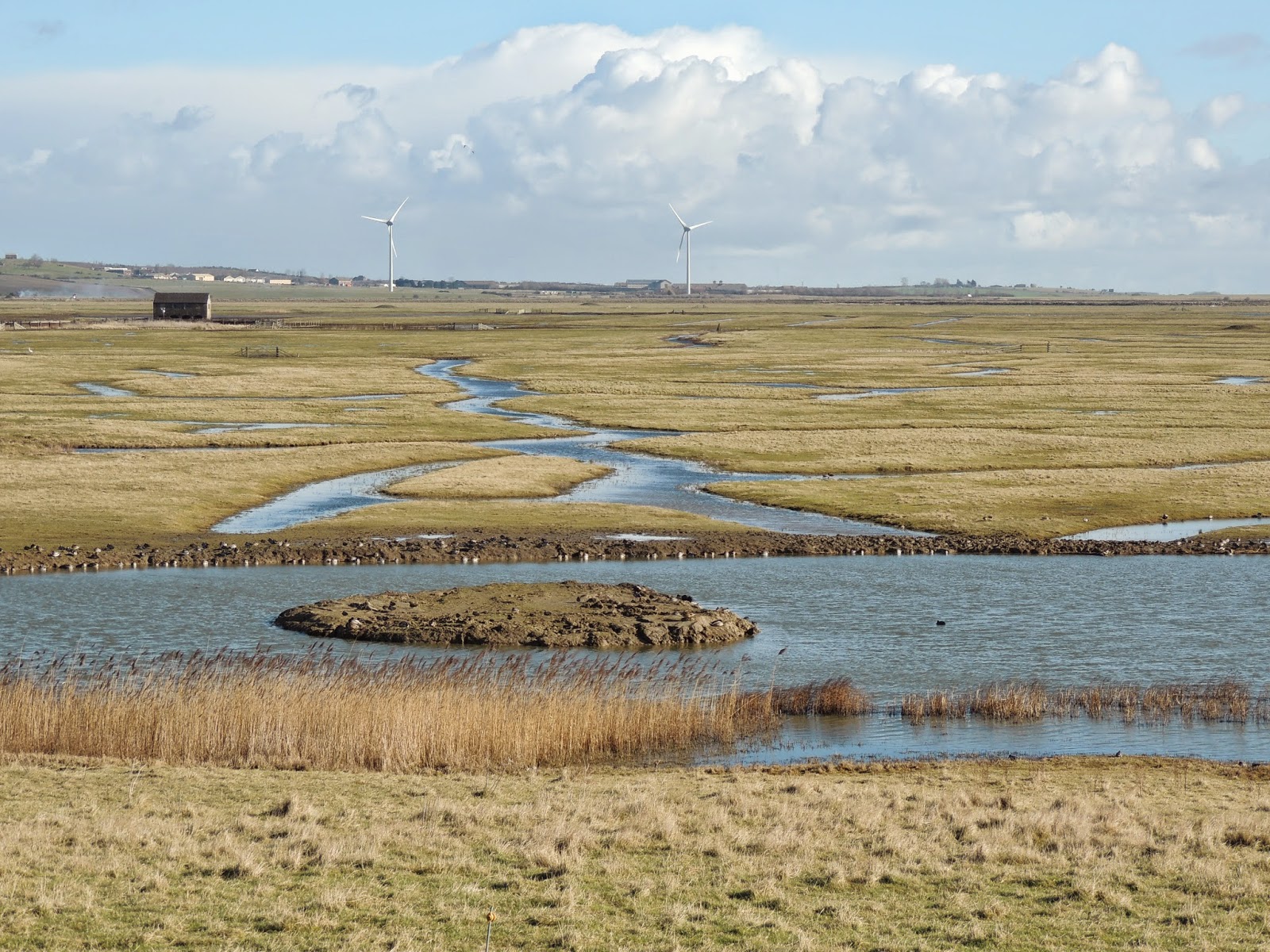 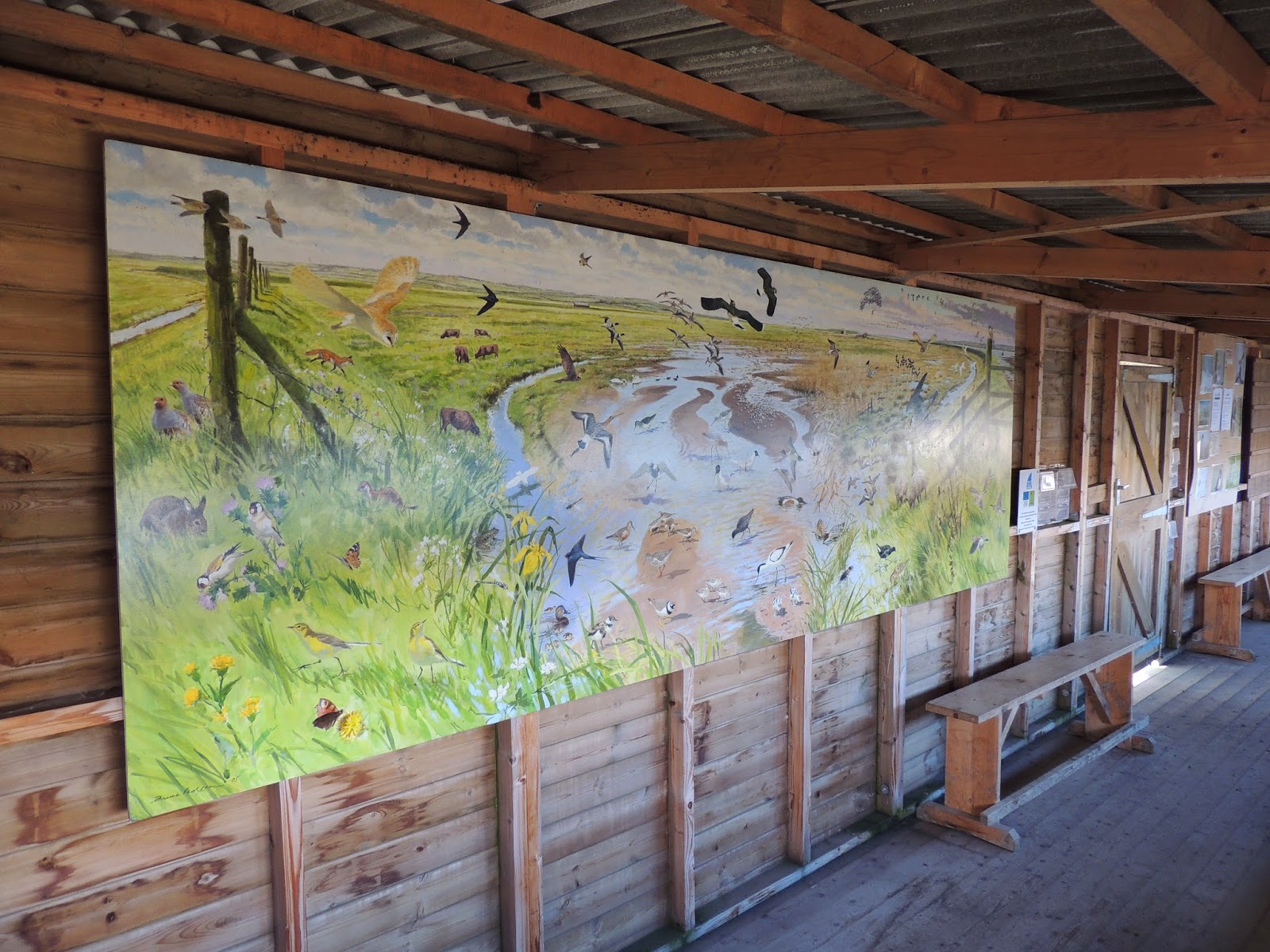