Scotney - 0830hrs - cold, sunny, nw 3 - What a difference a day makes with a welcome return of the big yellow ball of fire in the sky. We parked by the farm entrance and walked the cycle path up to the copse on the rise, where the fields held less birds than yesterday with just a few Curlews, Oystercatchers and Shelducks on the grass, plus the usual dabblers elsewhere. At least one Black-necked Grebe was at the Sussex end.
A walk through the farm and out back revealed that most of the ducks were on the new pits including the 1st winter drake Scaup, plus a tidy flock of 52 Pintails and eight Dabchicks. A single sleeping Avocet and a flying Snipe and Green Sandpiper were the pick of the waders, along with several Lapwings and Redshanks, plus four Little Egrets. Passerines were prominent too with singing Corn Buntings and Skylarks, Mipits, Reed Buntings and Tree Sparrows, plus Buzzard, Kestrel and several distant Marsh Harriers. Met CP and DG on the farmland who`d had a pair of Grey Partridges earlier.
Back at the roadside lake and several Ringed Plovers and a Little Stint had returned to feed on the grassy spit by the farm entrance. 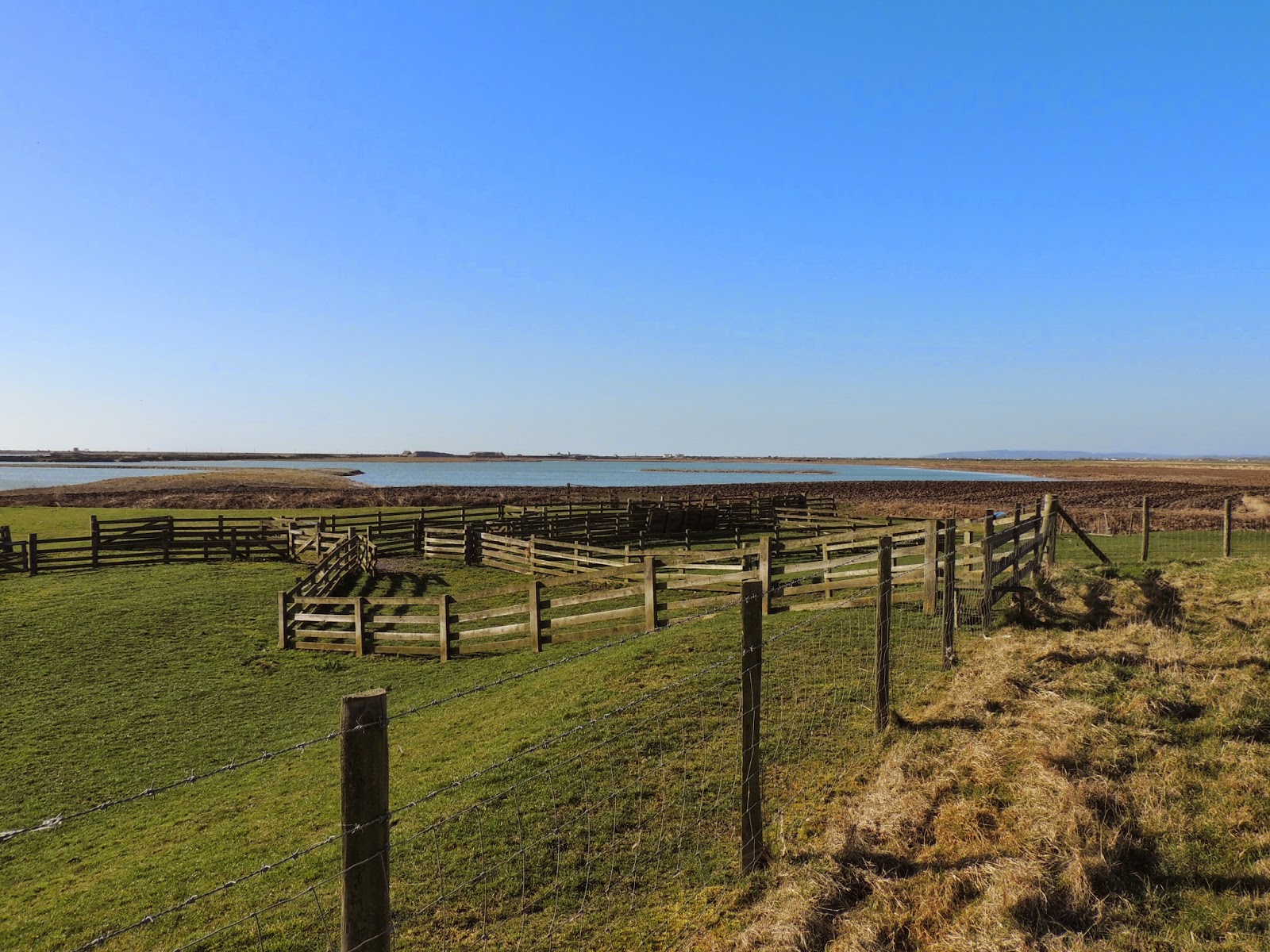 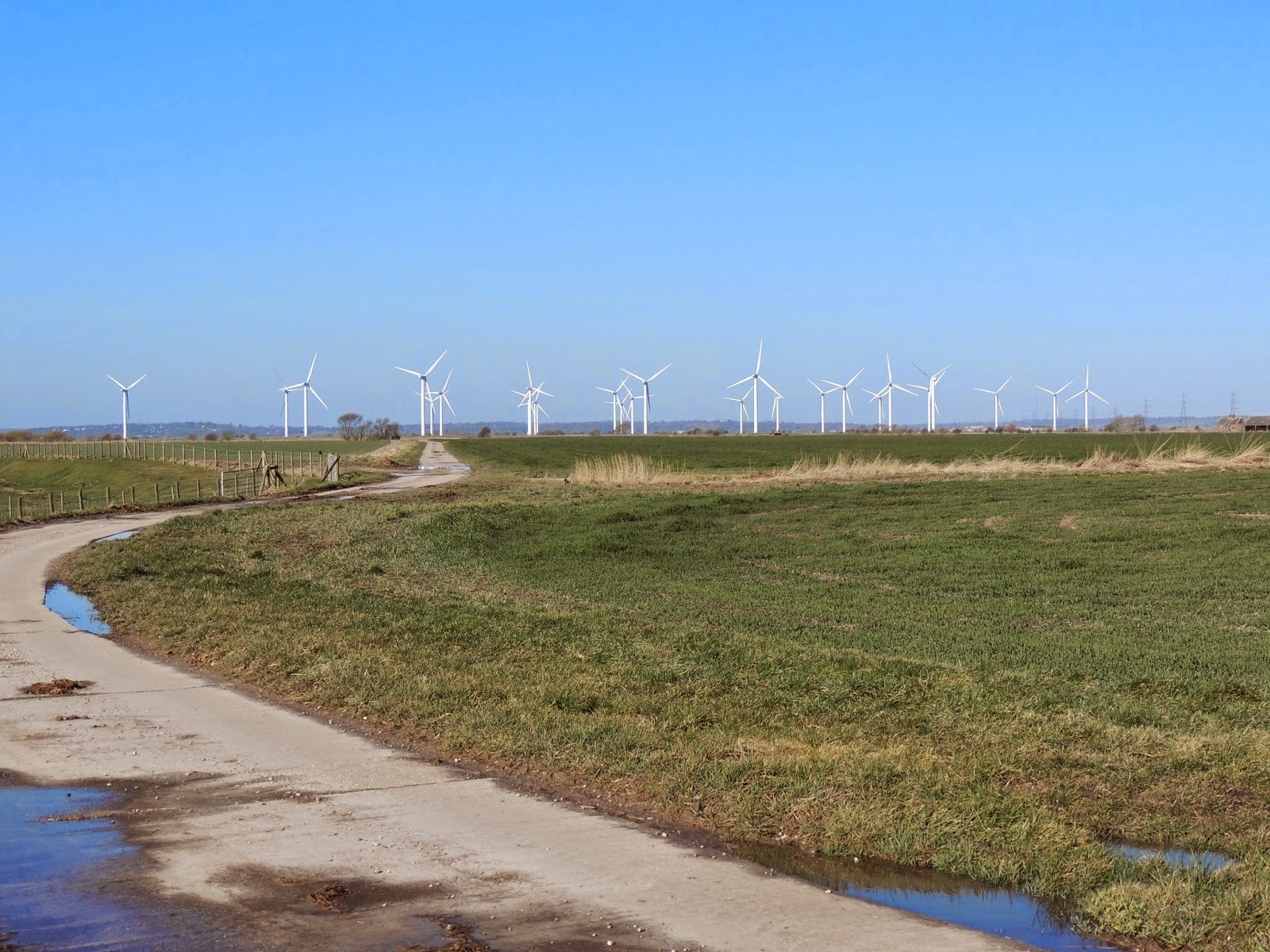 
Littlestone - Making the most of the fine weather we headed for the beach at Littlestone to check the waders on an in coming tide. En-route a tweet told of a dead albatross/large gull on the beach hereabouts but we could find no such corpse between the Varne to the water tower section. However, there were plenty of regular shorebirds: Sanderlings, Dunlins, Grey Plovers, Redshanks, Curlews and the like. By the sewage outfall I was chuffed to see that the lonesome Oystercatcher with the upturned beak that`s been present all winter on the bay was faring well and still acting like a Turnstone, foraging along the tideline. 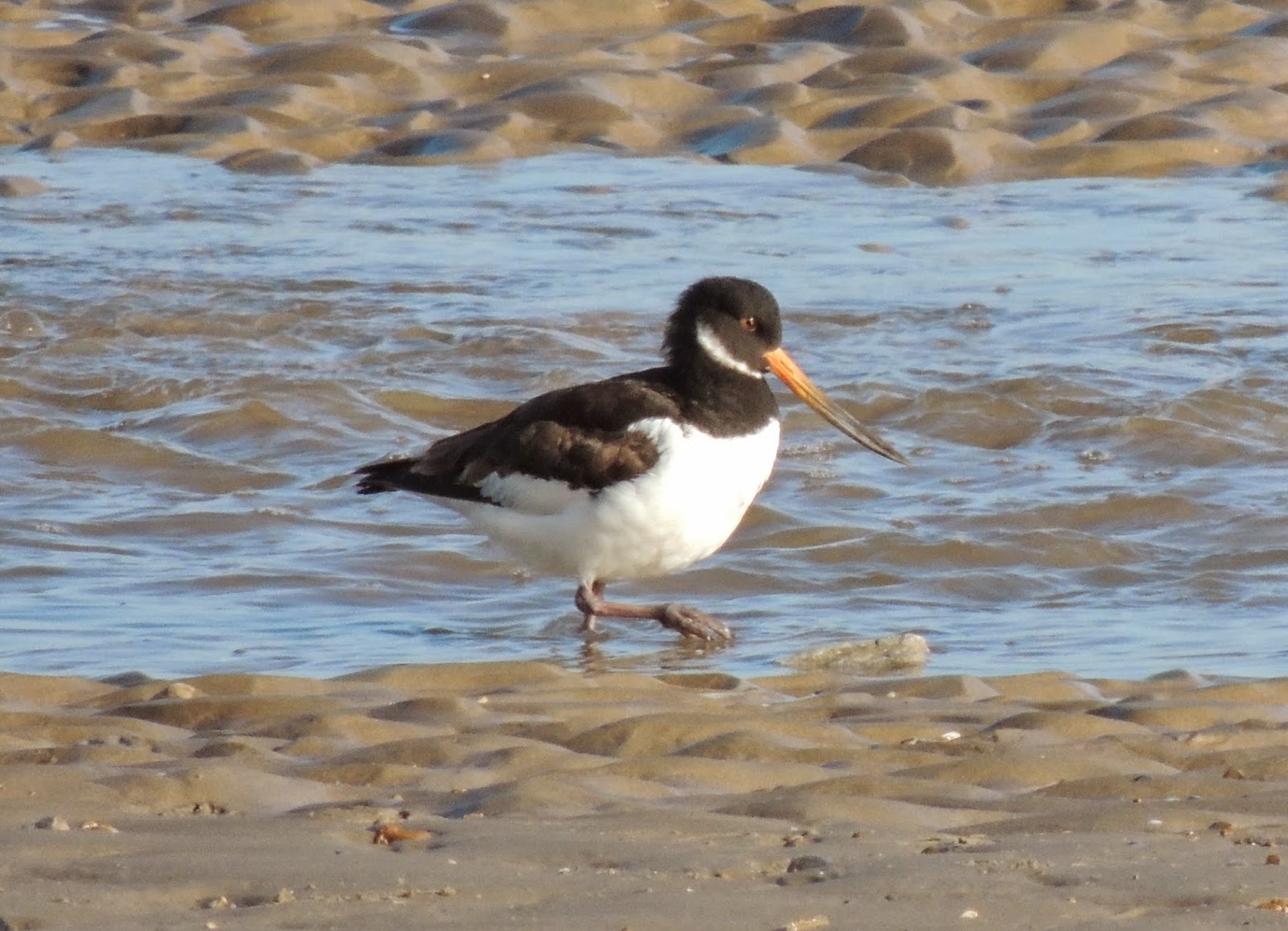