Lade - cold, sunny, n 3 - An icy start to the day, following last nights rain and sub-zero temperatures, made for treachery underfoot as we slithered across the shingle towards south lake, where Smew had risen to two in number. Buzzard, Marsh Harriers, Sparrowhawk, Green Woodpecker and Chiffchaff also noted. Cutting back along the foreshore we checked the tideline up to Greatstone and back down to Lade looking for Snow Bunting and the like, but without any luck. Whilst counting waders (125 Barwits and 82 Knots the highlights) opposite Romney Tavern I was surprised to see a Bonxie come barrelling in off the bay and scattering a flock of Black-headed Gulls before heading off towards Dungeness; probably the individual that`s been knocking around all winter. The foreshore was covered in thousands of dead cockles washed up on the high tide and at least three Barrel Jellyfish.
Back towards Lade an Oystercatcher probing around on the shingle caught the eye as it should`ve been out on the sands with its chums pulling lugworms and not acting like a Turnstone. On closer inspection it appeared to be a runt 1st winter bird (greyish legs and brown-fringed back feathers) with a deformed bill. It allowed a close approach down to ten yards, but seemed to be finding food alright amongst the tideline flotsam. Over the years I`ve seen all manner of odd shaped Oystercatcher beaks down here and I guess this individual, with an upturned one, has just had to adapt its feeding technique accordingly to survive. 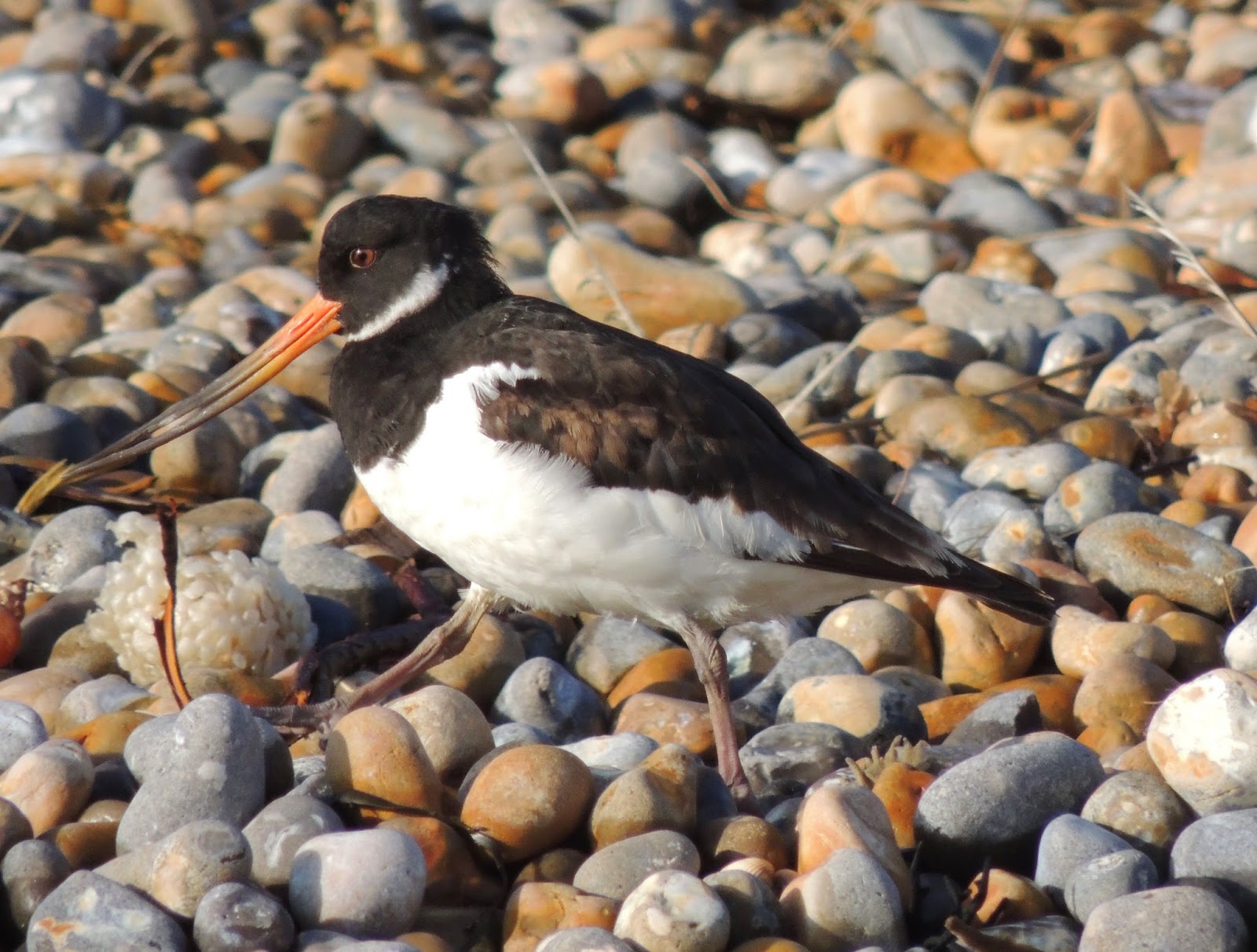 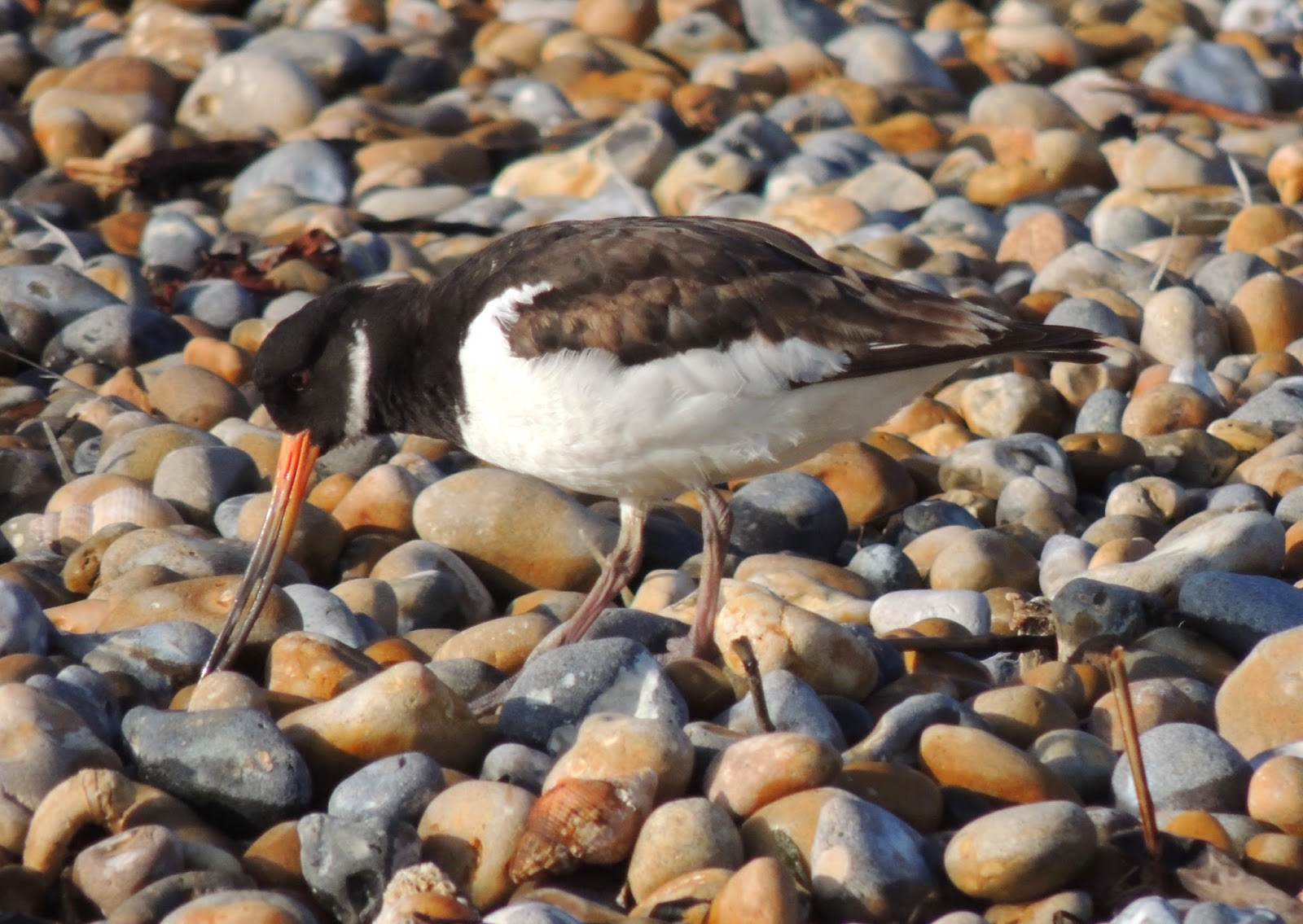 Oystercatcher, Lade
Littlestone - We continued our tideline quest for passerines by walking from Littlestone to St Mary`s Bay and back where five Stonechats, two Ringed Plover and a Turnstone was the sum total. On the golf links there was no sign of any owls, just single figures of Mipit and Skylark.
Posted by Paul Trodd at 11:27