Lade - warm, dry and sunny, W2 - Trudging around the local patch these past few days has produced very slim pickings indeed with a paucity of migrants at what should be the peak migration period. A handful of Chiffchaffs and Blackcaps in the willow swamp, a trickle of Yellow Wagtails, Meadow Pipits and Wheatears on the shingle ridges and a few pulses of Swallows has been about the best we could muster; even most of the wildfowl seem to have dispersed from the lakes. It hasn`t been much better at Dungeness either, at least on the land, with two visits around the Trapping Area and Desert yielding similar fare to Lade, plus a few Lesser Whitethroats, two Whinchats and a couple of Grey Wagtails over. Mercifully the sea has been a little better with anything between 10 and 30 Arctic Skuas most days harrying the Sandwich Terns, alongside a trickle of Gannets, Kittiwakes and Common Scoters rounding the point. 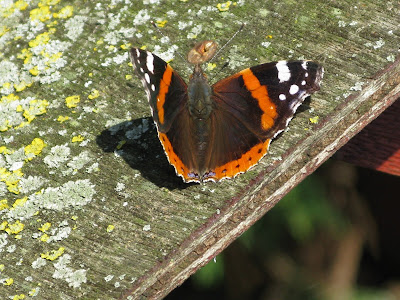 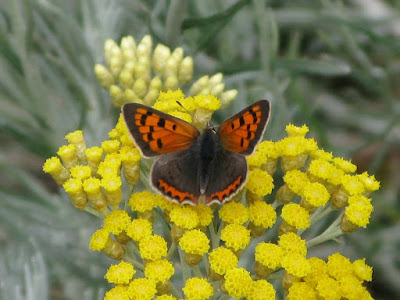 The garden moth trap has also been poor of late, although butterflies seem to be having a last hurrah in the warm sunshine with plenty of Red Admirals and Small Coppers on the wing and several Clouded Yellows on the track down to the pines at ARC.