Lade - warm, dry and sunny, NE 2 - At least 50 Meadow Pipits and ten Yellow Wagtails were grounded on the shingle ridges outback first thing with plenty of Chiffchaff activity around the willow swamp and through the back garden. In the Plovers moth trap L-album Wainscot was new for the season. 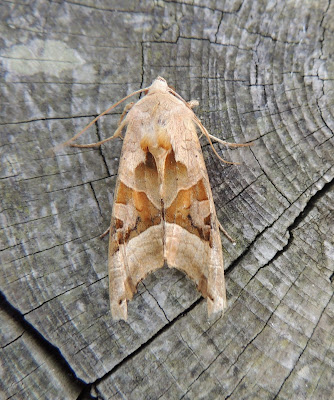 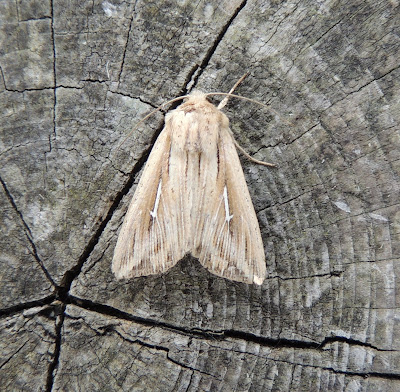 Following news of a White-winged Black Tern yesterday evening on Burrowes a check this morning revealed a lone juvenile Black Tern patrolling up and down the lake, but no sign of its rarer relative. However, a Little Stint, five Dunlins, three Ruffs and two Ringed Plovers were on the islands amongst hundreds of Golden Plovers and Lapwings while a Honey Buzzard went through. At Boulderwall eight Cattle Egrets, a Glossy Ibis, a Great White Egret and a Hobby were present. An evening visit to ARC produced six Pintails, 12 Dabchicks and a Garganey amongst the wildfowl, plus hundreds of feral geese, Jackdaws and three species of egrets to roost.